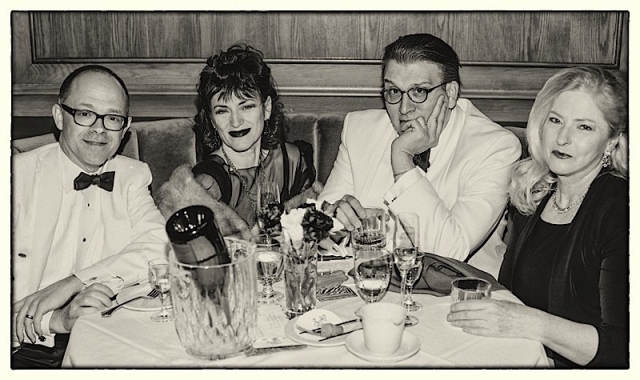 2018 is the centennial of the birth of Leonard Bernstein. If you were alive in the middle part of the 20th century, he was a household word. Even in isolated parts of the nation, his name, his music compositions, his television lectures, and the music he conducted for the New York Philharmonic were known, loved, and thrilled to.

Like Rock Hudson, another icon of the time, creative genius Bernstein was blessed with handsome looks, warm demeanor, sharp thought processes, and innate masculinity. Also like Hudson, he was attracted to men but could not express it in a society far more homophobic than it is now.

Last month, Bradley Greenwald opened the maestro’s closet door as well as acknowledging other aspects of this multifaceted man who passed away in 1990 at Open Eye Theatre. Chronofon Productions’s Dear Lenny: Bernstein’s Life in Songs & Letters included several lesser known, yet beautifully illustrative tunes from On The Town, Trouble in Tahiti, Peter Pan and Candide. Indeed, there were a few songs from West Side Story, Bernstein’s landmark and widest known stage musical, but music arranger Dan Chouinard and letters editor/lead singer Greenwald took Dear Lenny well beyond the level of a clever jukebox musical.

The letters reflect unease and unfairness to his wife Felicia, whom Bernstein deeply loved, despite his yearnings for male love. Such unfairness to a straight spouse is not considered as a serious concern anymore to the depths it once was. However, Bernstein was made of different stuff than today’s norm. The love and appreciation for a loving supportive wife who surely made his life light years more socially acceptable and who actually understood him, is rendered wrenchingly in Greenwald’s duet with Prudence Johnson, of Make our Garden Grow from Candide. Johnson also sang Lonely Town to moving effect. It brought to mind the loneliness Felicia would have likely felt in their marriage. Indeed, loneliness is a theme Bernstein clearly wrestled with.

Correspondence with gay friends like Aaron Copland, Dmitri Mitropoulos and Stephen Sondheim doesn’t necessarily reflect any romance with the men, but they do have intimations of what it is to be gay in a society where homosexuality is a stigmatizing transgression. This was also something that comes through the letters and it was also expressed in the exquisite artistry of pianist Chouinard, bassist Greg Hippen, and clarinetist-flautist, Bruce Thornton. These three were simply superb from start to finish. 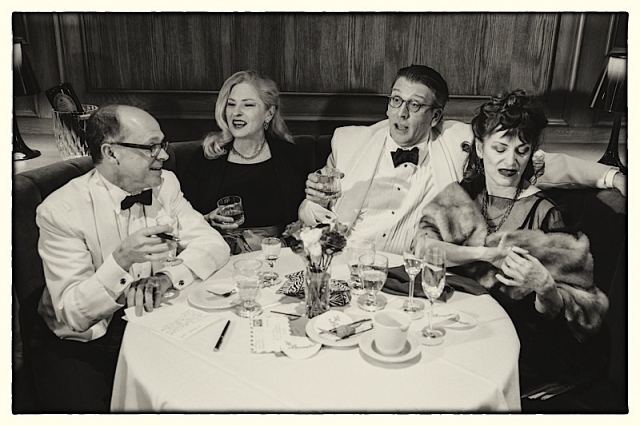 Greenwald wowed audiences earlier this year in Artistry’s revival of Sondheim’s Follies and once again, he was in majestic form in Dear Lenny. He has star quality like few other Twin Cities actors but is always generous as he creates space for other marvelous performers to also shine. The first-rate Johnson and the first-rate Diana Grasselli delivered wonderful renditions throughout, but their duet of A Boy Like That from West Side Story became an especially potent statement on the problem and the necessity of forgiveness. Moreover, Greenwald treated us to Something’s Coming from West Side Story that was absolutely stirring!

Dear Lenny really should be reprised. It stands vividly as a vista into Bernstein’s political and religious outlooks. It works miraculously as a very political work with faith-driven undercurrents that illuminate rather than alienate. Whatever one’s political persuasion may be, Dear Lenny will appeal. The man’s disgust with institutionalized racism in the entertainment industry, his horror toward the injustice of the McCarthy Era, and his deep sadness over the assassination of President Kennedy were woven artfully into the presentation.

Comments on the abuse of the word “liberal” were are burningly articulated. Dear Lenny reminds us of the pejorative use of the word by Randolph Hearst and the McCarthyites. In the late 1980s, when Bernstein spoke out about this, the Republican party ethos under Reagan/Bush had been regularly demonizing the word “liberal” in a similar spirit. What’s intriguing all these decades later is that the Democratic Party of that time, before the Clintons, was quite different than what it is now. Greenwald’s rendition of 1600 Pennsylvania Avenue reflects a view of the White House astronomically different from that which Madonna expressed in Washington in January of last year.

Those who appreciate religious music will find admirable content in Dear Lenny. There is a focus on Bernstein’s awareness as a Jew of the dark cloud of anti-Semitism that his generation was chillingly aware of, as well as his integration of Christian concepts as evidenced in Greenwald’s superb solo from Mass which was actually commissioned by Jacqueline Kennedy. Bernstein composed the music, along with text and lyrics co-written with Stephen Schwarz (Godspell, Pippin, Wicked).

A segment from Chichester Psalms, inspired by the Hebrew Bible, was given a splendid instrumental interpretation by Chouinard and Thornton. Bernstein profoundly valued Jewish traditions, although his pro-Israel stance would not be welcome among progressives of today. Oh, how things do change. This represents one of the great elements of Dear Lenny—it transports us to a different time, zeitgeist, and sensorium. And uplifts us transcendentally.