Playwright Draws From His Relationship With ‘Aquaman’ And Meth Addiction 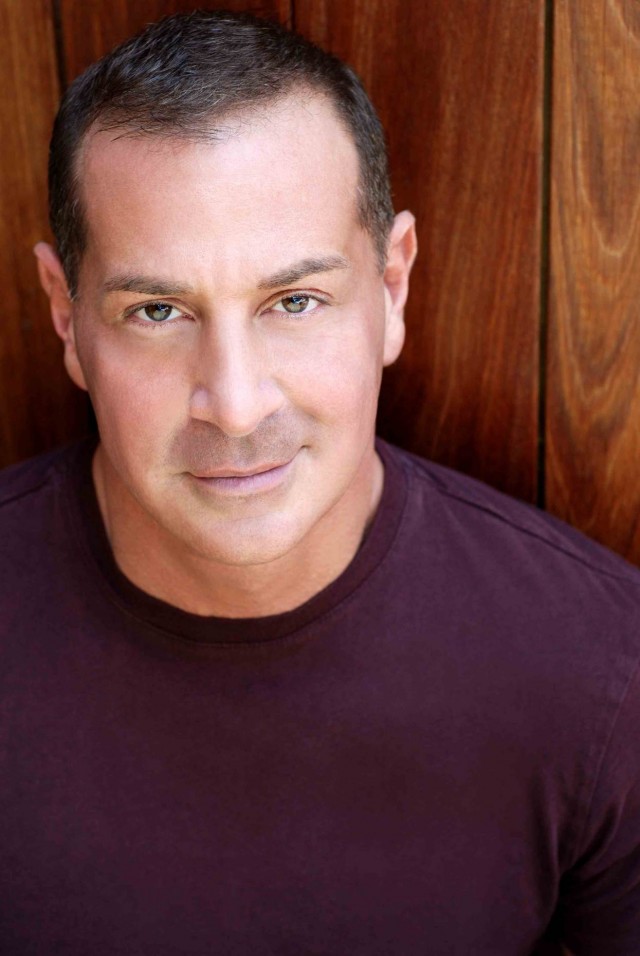 An Interview With Matthew Lombardo

In 2006 Twin Cities audiences were beguiled at the Ordway by Stephanie Zimbalist’s solo turn as Katherine Hepburn in Matthew Lombard’s play Tea at Five. Lombardo’s newest work also features another major actress, Golden Globe-winner Kathleen Turner, who plays a therapist nun in HIGH. There’s also Evan Jonigkeit in the role of Cody Randall for which he was nominated for a prestigious Outer Critic Drama Circle Award for HIGH’s Broadway run. Rob Ruggiero whose vibrant production of Ella played the Guthrie in 2009 is the director.

HIGH’s theme of crystal meth addiction actually comes out of Lombardo’s own dreadful experience with that drug often associated with rural areas and not with sophisticated larger cities. You may recall that the Twin Cities Gay Men’s Chorus commissioned Through A Glass Darkly in 2008, a powerful opera by Michael Shaieb about methamphetamine in the gay community.

If we look at Lombardo as being out and drawing from his own experience to create HIGH, I think that gives the piece a gay sensibility. Then that being said, it builds on what is an important movement in GLBT performing arts – work that deals with drug abuse. This sort of work is especially gutsy because it doesn’t fall into the easier zone of ‘positive images’ that many queer activists insist upon. (Recall that Colorado sex worker Mike Jones and a favorite closeted preacher pal of George W. Bush, Ted Haggard, were embroiled in a scandal rancid with meth.) I recently spoke with Lombardo about HIGH.

JT: How did you come to write this play?

ML: I never wanted to write this play because if I wrote this play everyone was going to find out a secret of mine and that’s that I had a harrowing crystal meth addiction for about seven years. I was 36 years old and had never touched a drink or a drug in my life and then I met this guy in Los Angeles and fell crazy in love. He was addicted to crystal meth and I was addicted to him and if I wanted to stay in that relationship I had to play on his terms. I call him Aquaman to keep his identity anonymous. When we broke up I ended up with a complete crystal meth addiction which I never thought would happen.

JT: You had never been addicted to anything before this?

ML: No. I wouldn’t think about doing a drug. What I did was at a time when maybe I was a little bit vulnerable and I was in love and I wanted to make him happy. We do crazy things for men, don’t we.

JT: Oh yes. The meth issue needs to be addressed in the GLBT community.

ML: Crystal meth is an epidemic in the gay community and that’s why when I decided to produce the tour I wanted to go to cities like San Francisco, Minneapolis, Fort Lauderdale, and Boston, where crystal meth is really a problem.

During the time of Tea at Five I was actually at the height of my addiction. I was producing the national tour and the addiction was getting worse and worse. Every city I was in I just made a mess because people didn’t know what was wrong with me. I had this very erratic behavior. I wouldn’t show up for things and Lo and Behold at the end of my addiction I was  broke and my career was over and I said, okay, this is it. This is the end. So I got into recovery and then everything kind’ve turned around.

JT: Is the play about you?

JT: And you shaped all that into something positive and helpful.

ML: That’s what artists do.We take the most challenging aspects of our life and we throw it into our art. 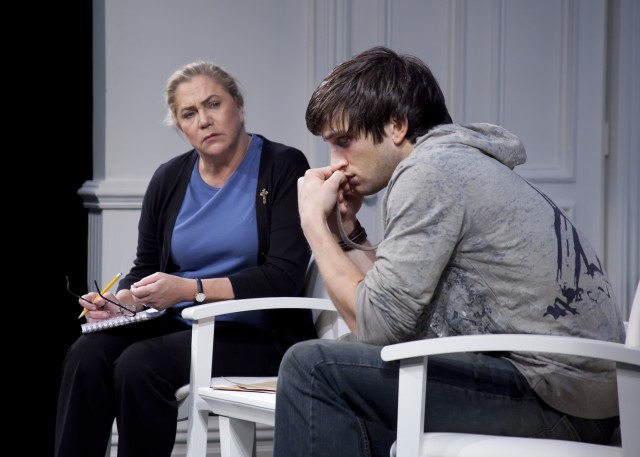 JT: And you have Kathleen Turner.

JT: Tell me about working with her.

ML: Kathleen and I kind’ve worked together on the play. Because I was writing this specifically for Kathleen, her input was critical. She’s one of the finest actresses we have. Highly intelligent and she’s fearless! The way she attacks the role is one of the most compelling performances I’ve seen by an actress. She has all the shades, all the colors.