Playing For the Other Team: The Missing Lynx 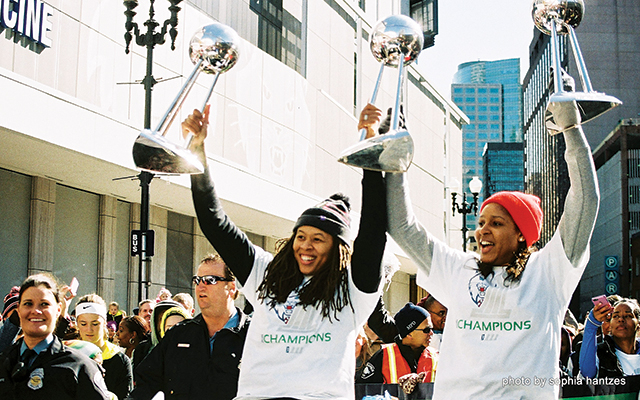 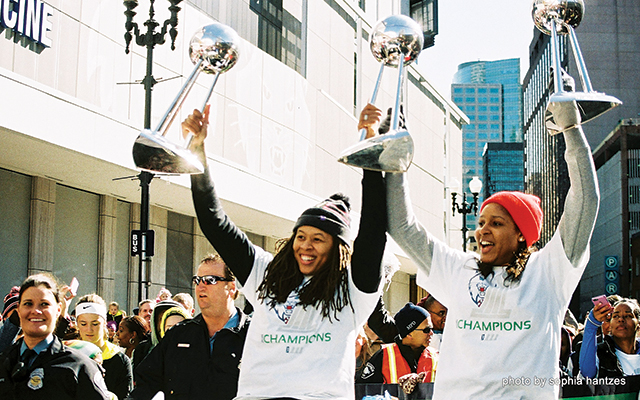 Opening my mailbox this past Wednesday, I glimpsed the familiar blue of Minnesota basketball gracing SI’s cover. Was it to be? A well-deserved Lynx cover story?! Alas, I was fooled. In a slap of bold-faced sexism, SI chose instead to highlight the Lynx’ male counterparts just days after the Lynx National Championship win. The Timberwolves were the coverboys.

Flipping through the pages, not even a mention of our three-time WNBA Championship winning team was to be found. How could this be? Did SI really include two pages on Lamar Odom’s drug-fueled sexcapades, when he hasn’t even played a game since 2013? There’s TMZ for that. Clearly, there was a missing link here.

It’s not just Sports Illustrated. An avid sports fan, I have most sports apps on my phone, which incessantly provide me with need-to-know-now information such as “Marcus Mariota Ruled Out For Sunday vs. Falcons” and “UFC Reinstates Jon Jones Effective Immediately” and also allows me to “follow” my favorite teams, streams and players. Packers. Check. Twins. Check. NFL News. Check. A-Rodg. Check.

No option for WNBA News. And again, the missing Lynx.

How can this be? Three-peat champions. One championship title every other year since 2011 to be exact. The word “dynasty” is floating around. The Lynx drew 18,933 fans to Target Center for Championship Game 5, including Teddy Bridgewater and Kyle Rudolph of the Minnesota Vikings and Minnesota’s very own reclusive rocker, Prince. Maya Moore is being touted as the Michael Jordan of women’s basketball, making history with every game. Swishing three-point buzzer beaters in the WNBA finals while my eight-year-old nephew jumps wildly on the couch.

And still, the sports industry has yet to catch on, and more surprisingly, yet to capitalize. The devoted fan base, sometimes raucously vocal, is also incredibly diverse. The little old lady in the Lynx jersey receives some of the heartiest cheers when caught busting a move on the big screen. Kids of all ages join Maya Moore for post-game dance celebrations at center court and eagerly slap hands with the friendliest of stars. Because, to their credit, for as talented and successful as the Lynx are, they’re still wholly accessible and humble. Maya Moore still grabs a mic and sincerely thanks the fans after every game. I’ll keep waiting for LeBron James to do that. In an era where many sports idols might also be less-than-stellar role models, the women of the WNBA give kids something worthwhile to aspire to.

So what’s the problem? Why do the Lynx and the WNBA as a whole continue to be left out of mainstream sports media? Perhaps the powers-that-be haven’t done their market research. I took it upon myself to do my own, in the form of texting my nieces and nephew, and young cousin, all of who have been to a Lynx game this championship season, to glean some consumer insights into why the fans care for the brand and what their underlying mindsets and motivations might be. Highest quality research, I tell you.

Kylar, age five, and Adah, age six both agreed that the “dancing” was a draw. One point for accessibility.

Drew, my eight-year-old, multi-sport athlete nephew, lover of the Vikings and fantasy football, said “Because, they won, duh!” The Lynx are the most successful of the Minnesota pro teams. One point for competence.

I asked him if he remembered any of the players. “Serena Williams?” Um, close, buddy. Glad you know who she is, though. He then quickly remembered Maya Moore and Seimone Augustus. One point for notability.

And finally, Zoe, age ten. “I loved watching the Lynx game because it inspired me to be the best female player I can be in any sport, including [in my] life goals. I watched them play and all bring different parts of the team and come together as one… I believe that all girls have the power to do anything and that we can make our own decisions in life and we need to remember that no one can control us or make decisions for us and we all need to stick together.” Wow. Ten points for positive influence and meaningful impact.

All the kids now have Lynx gear and wear it proudly (no thanks to you, Target!). As do the majority of the fans in attendance (I told my sister-in-law when she was looking for me in Hubert’s pregame that I was the lesbian in the Lynx shirt. Apparently that didn’t help.).

There is a great, untapped market. The fans exist; the love is strong; the talent is dominant. The Lynx are not missing to whom they matter the most, and ultimately that trumps all. They truly are Minnesota’s best kept secret. So Sports Illustrated, get with the program. These athletes rock. But above all, to the players and coaching staff: Congratulations on an amazing season. It was an honor to watch you play and we can’t wait for next year.