Playing For The Other Team: Scott Cooper, and How to Come Out To Your Football Team 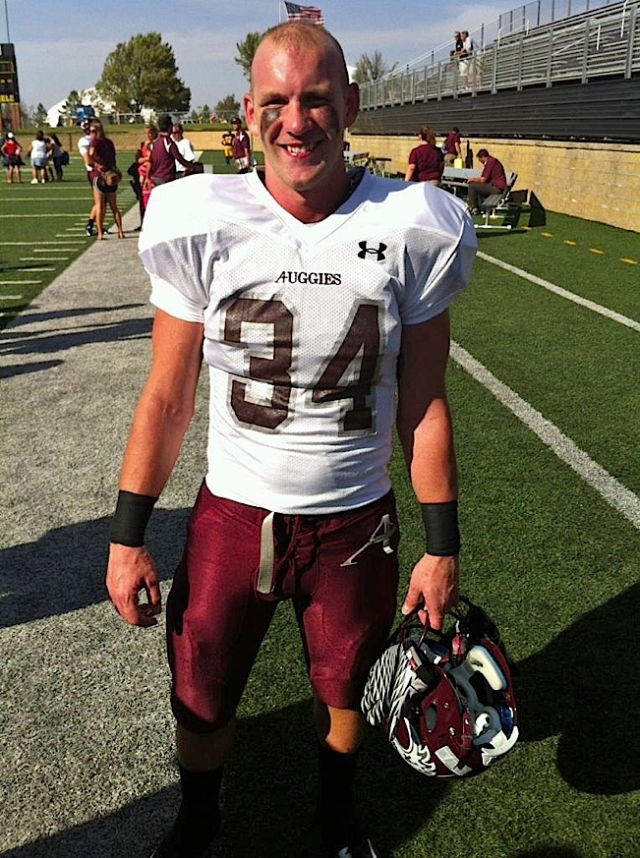 SB Nation CFB (@SBNationCFB) tweeted on January 28, 2014:
“Our @outsports has the story of the first active CFB player to publicly come out” (referring to Conner Mertens).

Conner Mertens wasn’t the first. Neither was Michael Sam. Scott Cooper knows he probably wasn’t either, but first isn’t what is important. Being openly gay on a college football team takes some balls. And not the pigskin kind.

Cooper sits across from me in a bustling coffee shop in Uptown. Though he recently completed his college football career, he looks every bit the muscled and rugged linebacker he was a few short months ago. Sorry boys, he’s taken!

Sounds pretty simple, but his story is anything but.

I’m drawn to Scott’s narrative because it’s familiar. Raised in a conservative religious family in Michigan, he spent his youth running around outdoors with animals, and playing with his siblings. He participated in numerous sports, and along the way hid his attraction to members of the same sex, all the while being groomed for a religious career and lifestyle.

Scott describes a couple hidden high school affairs, and the turbulent initial “coming out” to his family. They thought (hoped) it was a phase, and Scott moved to Minnesota to attend Martin Luther College, where he says people attend to “either be a Lutheran teacher in a Lutheran school or go into the seminary.”

When a professor in his adolescent psychology course instructed the class to cross out references in their textbooks on homosexuality being a trait that people are born with, and to replace it with the words “is a choice,” Scott realized that his passionate defense inadvertently outed him to an entirely new group of people. He also realized he needed to leave.

Augsburg College provided both the rich and diverse campus life he was seeking, and the sport he’d been missing. Coming out to his teammates was inevitable, especially since he was living as an openly gay man on campus. Some guys on the team noticed his boyfriend attending games.

Scott went to Auggie Assistant Coach Mike Matson, who also served a chaplain to student athletes. Together, they approached the head coach who simply said, “I knew the whole time,” and also voiced his support. Led by Coach Matson, the team held a discussion group on various topics weekly, and one particular week the subject was diversity and inclusion. It was the perfect setting, and his announcement was met with full encouragement. Scott said he was pleasantly surprised when his teammates soon began to take the initiative to use the opportunity of having a gay teammate to ask him about homosexuality. 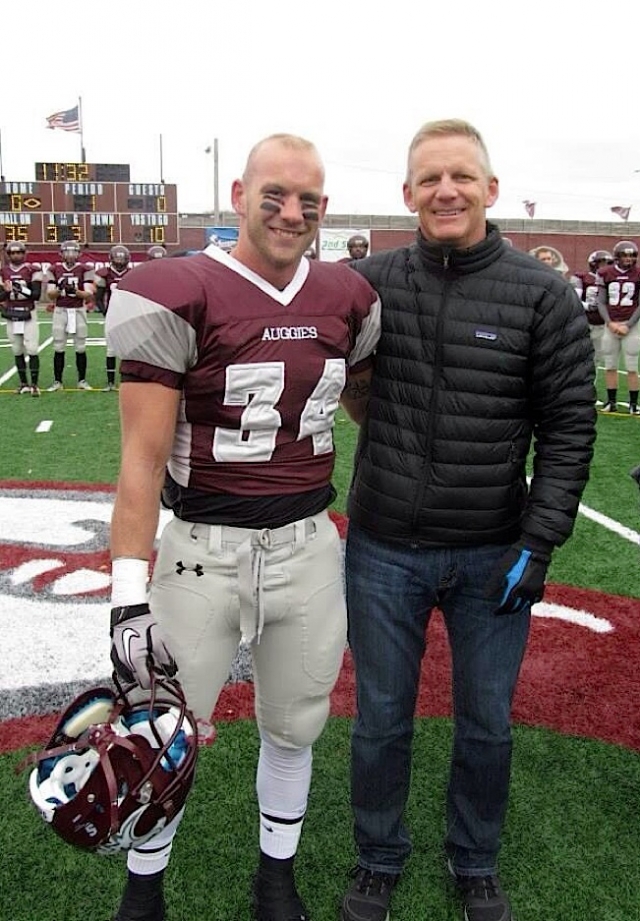 “They were genuinely interested and genuinely trying to learn. I give them so much credit.”

And, they quickly found out that a gay man made a great wingman in the bars. It’s obvious from my coffee conversation with Scott that he’s naturally charming with a big personality. Girls would flock to him, and he’d happily toss them in the direction of his ogling teammates.

Cooper is full of funny stories like this, but he repeatedly emphasizes the respect his teammates showed. After his announcement, he found unlikely allies, including the one defensive player in the locker room he was most uneasy around. Scott recalls overhearing a side conversation between that teammate and another player who used the word “fag” in conversation. The teammate stared directly at the other player, and gruffly said “Don’t ever say that word again.” Support given, point made. Others would also monitor locker room language on his behalf.

Scott realized that during his second year with the Auggies, he’d have to come out to incoming freshmen all over again. With the confidence he naturally radiates, Cooper didn’t opt to play defense. Instead, when he caught wind of freshmen asking, “We heard there’s a gay linebacker?” he’d immediately pipe up. “That’s me!”

Why was Scott Cooper’s experience a success story? From what I can determine, the following made a huge impact:

Scott has since become involved with the You Can Play Project, a national campaign dedicated to ensuring equality, respect, and safety for all athletes, without regard to sexual orientation. He recently served as keynote speaker at the UW-Superior YCP Luncheon, where he shared his experience and gave advice to athletes and program administrators.

With stories like these, “firsts” don’t matter. What’s significant, is that with role models like Scott Cooper, he won’t be the last.