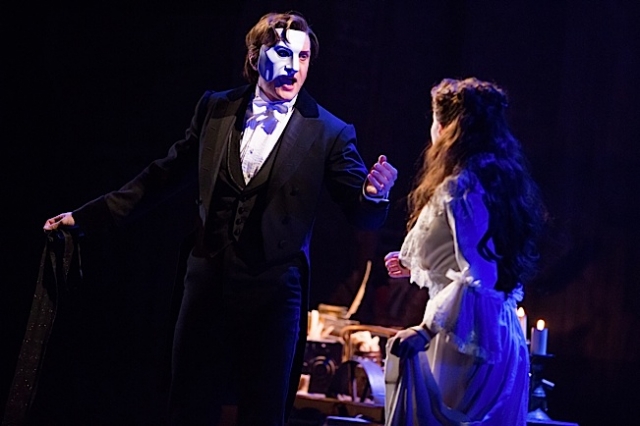 The new production of Andrew Lloyd Webber’s The Phantom of the Opera is a sumptuously classical and profoundly emotional experience that is served well at the Orpheum. Voices, set, acting style, and choreography transport you to 19th century Paris with bewitching beauty. I communicated with choreographer Scott Ambler about what makes this production’s choreography so very special.

JT: How has the choreography evolved in Phantom for this new production?

SA: Cameron Mackintosh and director Laurence Connor had been planning a new touring production of Phantom for several years. Once they had the brilliant opera designer Paul Brown on board to create an entirely new stage design, it became clear that new choreography specific to this production would be needed. Through my work with Matthew Bourne and other shows I had choreographed, I was approached to create new movement for this re-imagined version.

Laurence was keen to explore a grittier world for the Opera Populaire, the opera house in which the story unfolds, and show much more of the backstage life and hard work that goes on behind the scenes. The dancers in this production have a much more integral role and we make Christine’s rise from the ballet corps to leading soprano a more significant feature.

I enjoy creating movement from narrative ideas and, along with Laurence, wanted to make choreography that moved the story along and told us more about the characters and their motives. Our starting point and aim was to create a play using the iconic and thrilling original music and lyrics.

JT: What are the challenges of maintaining the original movement or choreographic vision in a work like this?

SA: Gillian Lynne’s original choreography for The Phantom of the Opera was remarkable and, along with Cats, completely raised the bar in the UK and worldwide as far as dance in musical theatre is concerned. Therefore, I was very nervous of following in such giant and brilliant footsteps. Existing productions of Phantom feature the original choreography so I was eager to explore new choreographic ideas to suit our version. I have retained the Degas inspired world of the corps de ballet but have also created movement to show the hard work and effort the dancers in the 1890’s had to face. None of the original choreography is used but I hope that Gilly will be able to see the spirit of her astonishing work in this new 21st century version ofThe Phantom of the Opera.