Period and Style at the Guthrie 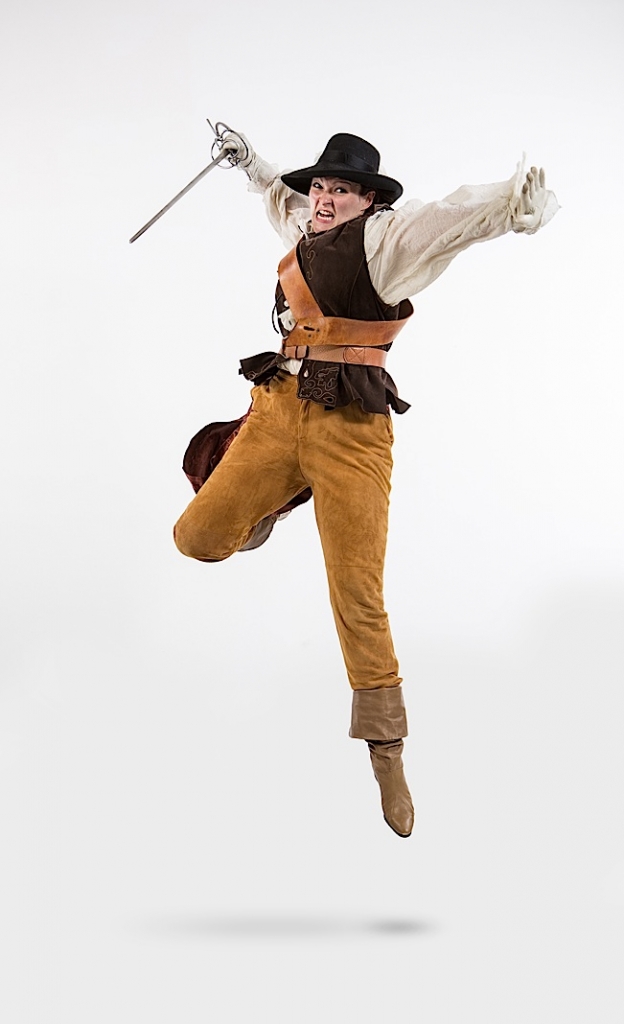 Walking Shadow Theatre Company has focused on the re-creation of period and style in its current three hour adaptation of the 19th century novel The Three Musketeers by Alexandre Dumas. It’s sort of an overview of the story with some flashy fencing scenes staged by fight choreographer David P. Schneider at the Guthrie’s Dowling Studio. Playwright John Heimbuch is more interested in outlining the story, which will be of special interest for those who have a particular interest in Dumas. He opts for that rather than illuminating the complex and devious world of Cardinal Richelieu. Heimbuch seems to assume the audience is already aware of that.

The actors carry themselves convincingly as 17th century Europeans, aided by E. Emily Hill’s lovely period costumes. It’s the sort of Euro-historical detail can be said to be the signature of Walking Shadow and director Amy Rummenie. The fine cast led by a vibrant Bryan Porter as d’Artagnan, manifests that vividly with Shad Cooper faring best as Musketeer Athos. Cooper finds a depth of wisdom and feeling in the character that makes an impression. Joseph Stanley’s set is comprised of several filled book shelves. They look striking in their own right but compete with the costumed actors for the audience’s focus. This puts Karin Olson’s lighting at a disadvantage. Nonetheless, it’s a production that gives us a fitting historical look with strong actors who each know how to bring that to life. In our time when too few people are not prone to historical reflection it’s good to see actors capable of becoming a kind of chronicle of another time.