Patrick’s Cabaret of Minneapolis – Reflecting on an Era 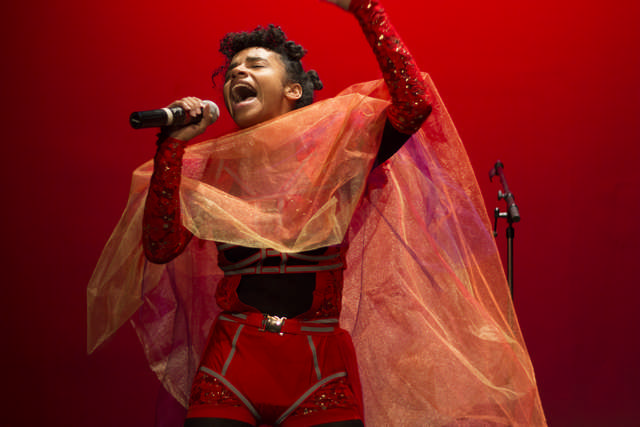 Symone Smash-It in Controlled Burn- Queer Performance for a World on Fire. Photo by Ari Newman

Patrick’s Cabaret has now taken its place as a landmark in the history of both the Twin Cities arts community and in the national conversation on performing arts by the marginalized. It began in the main floor gymnasium of St. Stephen’s School. After that, Patrick Scully’s own residence was the performance site until May 1989, when the cabaret moved to the Phillips neighborhood in what later became the Open Eye Figure Theatre. It was during this time that Patrick’s Cabaret endured its most controversial period, becoming part of a heated discussion on publicly funded art that went all the way to the U.S. Congress, not to mention the vitriol of the Rush Limbaugh radio show.

The offending performance was HIV-positive gay performer Ron Athey’s blood ritual piece, Four Scenes from a Harsh Life, which triggered phobias and dreadful misinformation. Nonetheless, Patrick’s weathered the storm and the cabaret’s reputation only heightened for those who loved what it represented. It was this AIDS-phobia that Patrick’s Cabaret will perhaps be remembered best for, though many other concerns about social marginalization were given voice there. This empathy for those voices came out of Scully’s recognition of his own marginalized status in the ’80s. 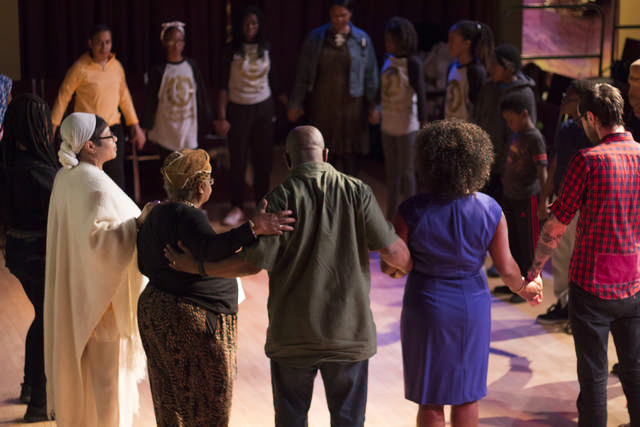 Artists circling up for I am Woman, curated by Danielle Daniel.
Photo by Ari Newman

He recounts, “Patrick’s Cabaret began April 26, 1986, six months after I found out I was HIV-positive. Looking back, this was no coincidence. Drastic times required drastic measures. My friends were dying. I was 32. The nurse who gave me the HIV test results sought to encourage me by saying, ‘It could be three or even five years before you have full-blown AIDS.’ President Reagan finally said ‘AIDS’ at a press conference in 1985. He had yet to say ‘condom.’ In 1986, the U.S. Supreme Court decided to let the Georgia anti-sodomy law stand (Bowers vs. Hardwick). In 1991, the first President Bush launched the first Gulf War, Desert Storm. In 1993, President Clinton gave us ‘Don’t Ask, Don’t Tell.’ In 1996, Clinton gave us DOMA, the Defense of Marriage Act.”

He continues, “As I sought to make sense of my times, I shaped a radical performing venue. As the regular master of ceremonies, I regularly bared my soul, and my body, to audiences. In the era that coined SILENCE = DEATH, I would not be silenced. I wanted to encourage artists to be as free as they could imagine themselves to be, so I refused to audition anyone. I ran a gay-identified venue that sought to include everyone who might want to be there. A venue that thrived in (the Minneapolis) Phillips Neighborhood, and survived the city’s efforts to close us down. A venue that grew from almost nothing, beginning with only passion, talent, and sweat equity, and attracted grass roots and institutional support. A venue that grew in a symbiotic relationship with my own performing career.” 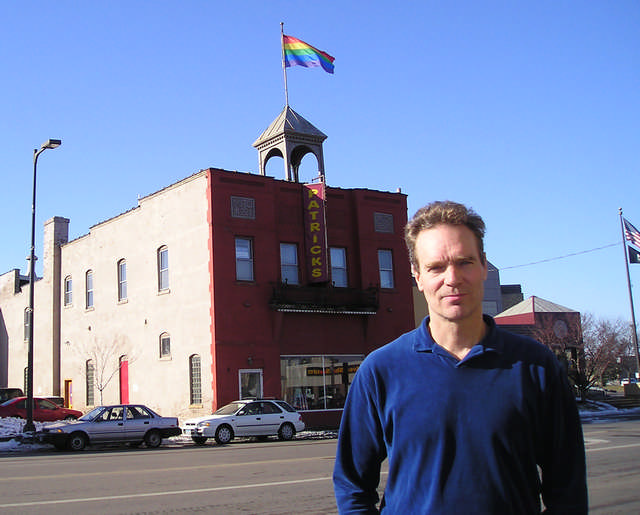 Another landmark moment was when Elaine Shelly asserted her identity from a wheelchair. She referred to herself as a “crippled black woman”, a signal of the intersectionalism that now rules. The cabaret, ahead of its time, provided the opportunity for thousands of artists to perform over the past 32 years. Their imprint is significant.

Scully left the cabaret in 2001. Sarah Harris was named Artistic Director, stewarding the renegade spirit. In 2005, Scully returned as Artistic Director. In 2008, Amy Hero Jones took the reins with Arturo Miles named Program Director the following year. In 2016, Jones stepped down and Scott Artley was named Executive Director. In 2016, the cabaret moved from its vintage firehouse venue on Minnehaha Avenue where it had been located since 1999. From that point till its sunset last month, May 2018, it was mobile and nomadic. 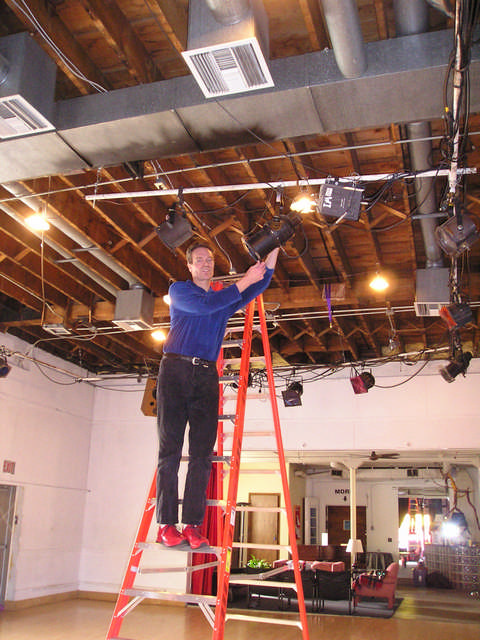 Patrick’s Cabaret served as a creative and emotional outlet for artists from marginalized communities. Photo courtesy of Patrick Scully

Artley shares, “I’ve only been with Patrick’s Cabaret for four and a half years, but these last few years I’ve seen queer performers boldly sparking conversations about all kinds of inequality. Queerness lives at the intersections of multiple identities, as queer people come from many different cultures, so talk of liberating queerness has to include liberating people of color, people with disabilities, immigrants, refugees, and people living in poverty, among others. At the same time we saw same-sex marriage legalized and RuPaul’s Drag Race move to VH1, we also saw Black Lives Matter take to the streets and #MeToo flood social media. We’re seeing the mainstream cultural consciousness contend with the failures of our society, and the opportunities we have to earn back its humanity. Patrick’s Cabaret has always been at the leading edge of conversations about whose stories are pushed to the margins, and in this short time I’ve seen our stories begin to take center stage beyond the boundaries of our organization. We’ve spent three decades embracing the cultural production of artists navigating the cross-currents of many marginalized identities as a fundamentally queer project, and in just the latter half of this decade, what we’ve been doing always has finally queered its way into the mainstream.”

For an historical timeline of Patrick’s Cabaret go to www.patrickscabaret.org