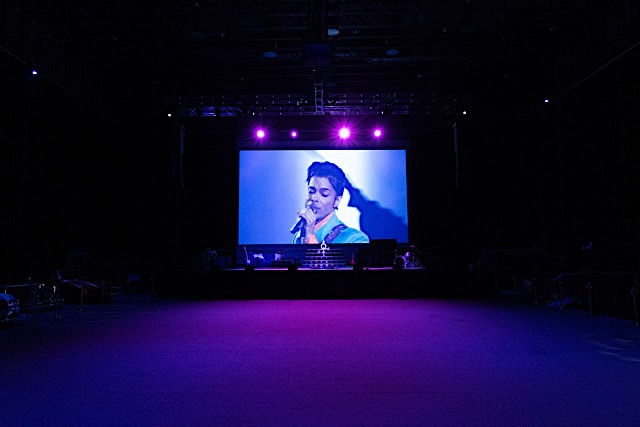 Paisley Park is…a lot of things, all at once:  Paisley Park changes, becoming one new thing but also remaining the old thing, much like the man who created it—and all of its incarnations. “Paisley Park” came into the world as a song, of course, one that describes smiles rising and falling, effort and load, on the wooden arms of seesaws, awash in the color of love.

And Paisley Park—without the quotes—is, somewhere along the time and space continuum, a Chanhassen-based recording studio and recording label, a place of work and play, of labor and love. But what is Paisley Park today? “It’s a tribute to Prince’s legacies of protecting and promoting art,” proclaims managing director, Mitch Maguire. “Paisley Park is a space where artists celebrate their art with the community.”

In other words, in addition to being a song, a recording studio and a recording label, Paisley Park is Prince.

And although Prince was known for his music—as evidenced by sales of 150 million copies of dozens of albums featuring hundreds of songs, along with countless awards and Hall of Fame inductions—he spent no small amount of time admiring (and dabbling in) another artform: movies. Reports Maguire, “Prince would often host friends spontaneously for private screenings.” And because Paisley Park is Prince, that tradition continues today, after a fashion. Paisley Park’s website elaborates: “Honoring Prince’s legacy as a film lover and filmmaker, Paisley Park Cinema Series invites fans to watch and discuss powerful movies shown on the iconic Paisley Park Soundstage.”

The upcoming feature certainly qualifies as a powerful movie—it’s Paris Is Burning, a trailblazing 1990 documentary that chronicles New York City’s competitive drag ball culture, brushing up against African-American, Latino, and queer culture as it does. The gender-bending competition is precipitated by rival Houses, which are described within Paris Is Burning as “a group of human beings in a mutual bond—a family.”

“Paris Is Burning was chosen because of its provocative nature,” says Maguire. “It shows the important struggles and joys of marginalized people pushing the envelope of conventional norms. It shows people being their authentic selves.”

This purpose runs parallel to that of the Purple One himself. “Prince redefined feminine and masculine roles in an unapologetic way,” Maguire remembers. This might have been truest in the 1990s, when the Artist Formerly Known As the Artist took the androgynous Love Symbol as his stage name.

Paisley Park could itself be considered a House similar to the ones clashing in Paris—but without the clashing. “Prince always wanted Paisley Park to be a space of peace, love and safety,” Maguire notes. “The song that inspired it is a place where diversity is reality.”

The Managing Director will personally oversee the next Cinema Series screening. “When we host an event, whenever people come together in Paisley Park, it’s hard not to be inspired,” Maguire says. “The energy is palpable, and every person seems to experience the best version of himself.”

Ultimately, the screening is just another extension of Paisley Park being Paisley Park…and Prince being Prince.  “Paisley Park continues as a living, breathing space for anyone to use to create,” Maguire insists.  “Prince is no longer here in the way he used to be, but the work goes on.”