Out And Allies In Athletics 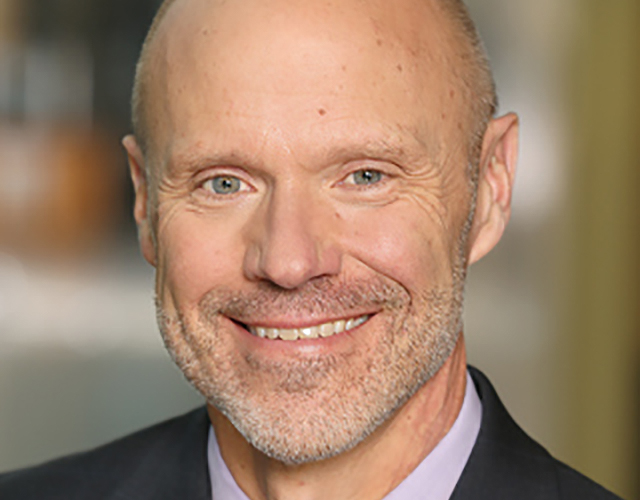 These front-office employees of Minnesota’s biggest sports franchises are LGBTQ community members and allies, representing the rainbow community and their teams.

Nothing brings Minnesotans together quite like its beloved sports teams. Which is why it isn’t too surprising that these very same teams stand for inclusion both in and out of the game. Front-office staff of the Minnesota Wild, Twins, Vikings, Timberwolves/Lynx, and United teams proudly feature members or allies of the LGBTQ community. 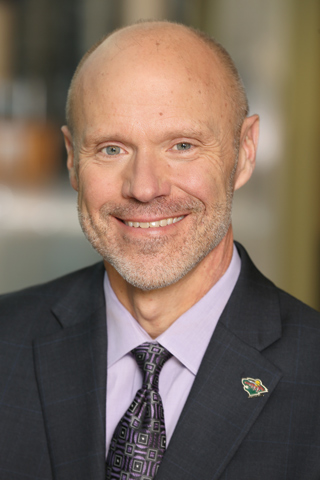 As the director of community relations and hockey partnerships for the NHL team Minnesota Wild, Wayne Petersen, an ally of the LGBTQ community, manages all community initiatives and partnerships in addition to the team’s hockey partnerships and programming, which includes participating in the Pride Parade, Hockey Is For Everyone, Hockey Day Minnesota, and the Heart of the Wild volunteer program.

Petersen, who has been with the Minnesota Wild for twenty years, joined the team in 2000 prior to its inaugural season.

“I’m proud to say that the Minnesota Wild have offered sensitivity training and workshops for our entire staff (arena and team employees) to help make sure all employees feel welcome in our organization,” Petersen says. “In an effort to connect with the GLBT community, the Minnesota Wild have participated in the Pride Parade each of the past two years and look forward to having an even bigger presence at the Twin Cities Pride Festival moving forward.”

The team has also worked with representatives from You Can Play—which works to ensure the safety and inclusion of everyone in sports—making the Minnesota Wild one of the first professional sports teams to partner with You Can Play in 2012.

The Minnesota Wild also launched a mentorship program several years ago to welcome all new employees and create an inclusive environment by partnering them with a volunteer who meets with them once a month for their first three months.

“The meetings include tours of the facilities and recommended discussion topics to help get them acclimated. After the first ninety days, the two are encouraged to stay connected as they see fit for the remainder of the new employee’s first year,” Petersen says. 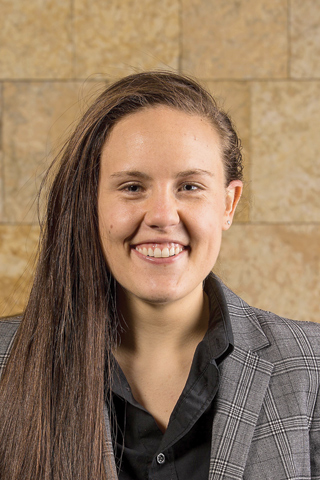 Brit Minder, coordinator of amateur scouting for the Minnesota Twins, acts as a primary liaison between the domestic amateur scouting staff and the front office, offering general support, coordination/overseeing the amateur draft, scouting, and other administrative support.

“Welcoming, for me, is determined by what does or does not act as a barrier to my ability to add value to my franchise and have personal success in my career,” Minder says. “The Minnesota Twins intentionally hire talented, morally good employees—people who prioritize making themselves and others more productive and valuable. It’s really difficult to be an average employee, much less a good one, if you are uncomfortable where you work… and the Twins recognize that.”

Because the Minnesota Twins team strives to hire talented and genuinely good people, Minder says they are able to naturally create a welcoming environment without the barriers that many workplaces have.

“The intersection of good and talented people that we tend to hire naturally reduces those barriers that could and do plague other organizations in sports,” she explains. “We have a culture of wanting to be great at what we do, and in servicing that goal, we think it’s important to be good to those we work with. Further, what someone identifies as or comes from—LGBT, first-generation college graduate, military, or whatever else—come secondary to their ability to add value.” 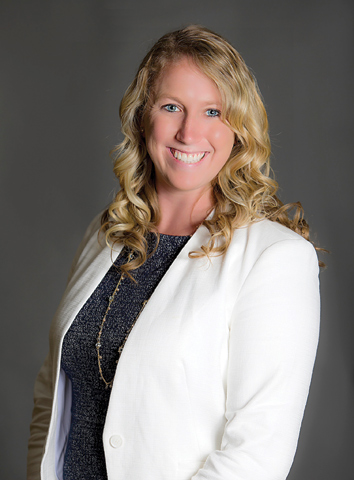 Minnesota Vikings Guest Relations Coordinator Amy Werdine is entering her fifth season with the team, and she says the organization’s environment is welcoming for all people, but especially for their LGBTQ employees such as herself. In her role, Werdine is responsible for ensuring that they provide the highest level of service to fans at all Vikings events.

“I surprise fans on game days and non-game days through various forms of fan outreach and random acts of kindness,” Werdine says. “My job is to provide a positive and inclusive environment for our game day workers and fans at Minnesota Vikings events and make them want to come back for more!”

The Minnesota Vikings recently launched an internal Diversity and Inclusion Committee, which focuses on making sure each employee feels that they are welcome and that their voices are heard.

“I have always felt welcome and that I can be my most authentic self every day, whether it is at the office or while working events,” Werdine says. “Because of that, I felt comfortable in bringing my ideas about having a presence at Twin Cities Pride to our leadership team a few years ago. Our leadership team supported my idea, and each year our presence at Pride and our involvement in other local GLBT organizations has grown.”

As for Werdine herself, she says she feels comfortable expressing who she is every day at work. “I have a rainbow flag at my desk to show my support for GLBT people every day at the office,” she says. “I wear my Vikings Pride shirt to work on casual Fridays, and I help run almost all of our GLBT initiatives. I am not afraid to be myself every day at the office, and to me, that’s how I show my Pride within our organization.” 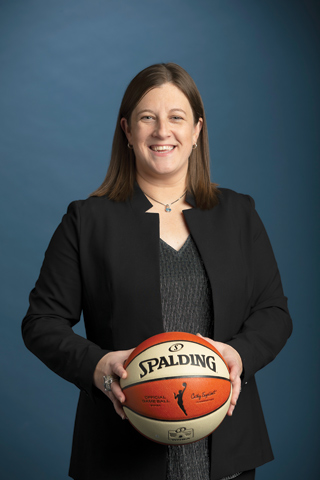 “It is a league and team built on the values of fighting for all marginalized groups, of bringing our community together, and embracing the expansive diversity within our fanbase, players, coaches, and staff,” Knox says. “It’s a beautiful thing to experience when you come to our games. We truly show the world what is possible when we open our hearts and minds.”

Knox says the Minnesota Timberwolves/Lynx organization has really leaned into creating a welcoming environment for all LGBTQ employees and celebrated diversity by inviting all of the franchises’ employees and players to march in last year’s Pride Parade.

“The Minnesota Lynx have been a part of the Pride Festival or Parade since the inception of the WNBA franchise,” she adds.

As a member of the LGBTQ community, Knox says she feels like she is always able to express her own pride by being her authentic self, being open about her wife and son, and helping to lead a conversation around diversity and inclusion within the franchise.

“I am constantly trying to usher progression and thought leadership within our organization so that we can remain a beacon of inspiration within our community,” Knox says. “I am incredibly proud of what we’ve accomplished on the court as Four-Time WNBA Champions, but even more proud of the societal impact our franchise has had.” 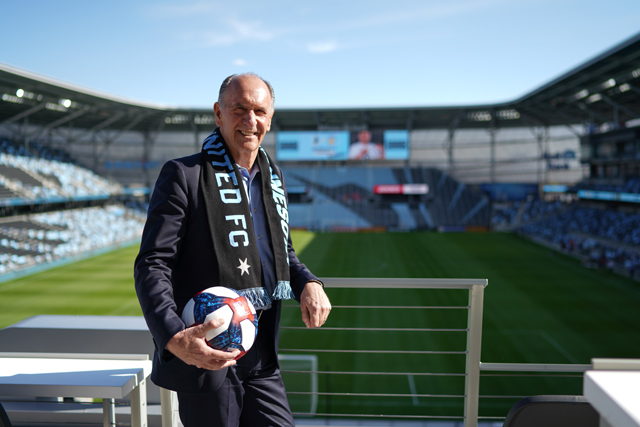 Chris Wright, CEO of the Minnesota United, came to the team two and a half years ago after working for the Minnesota Timberwolves/Lynx for twenty-six years. As the CEO, he is responsible for all business and soccer operations. Among these operations, of course, is ensuring that the team maintains a welcoming and inclusive environment for all players and staff.

“Back in 2014, we were the first sports team to pledge as an athlete ally, demonstrating commitment to equality and inclusiveness,” he says. “Values have become a significant piece of how we make decisions as a club. How do we go on this journey together? And what is the purpose of the team? Why do we even exist? I did a lot of research, and there are 251 languages spoken in the Twin Cities market, so through the game of soccer, I wanted to inspire and unite the community of those 251 languages.”

Wright says the core values of the Minnesota United are inclusiveness and embracing diversity—both major components of resiliency, teamwork, winning, etc.—and that “these two pillars of who and what we stand for became so intrinsic in how we moved our franchise and our relationship with the LGBTQ community forward.”

To ensure that the work environment with the Minnesota United remains welcoming and inclusive, Wright says it is part of the culture—the roots of who and what the team is—and uses Collin Martin, who publicly came out as gay while he was a player for the Minnesota United, as an example of the team’s dedication to inclusiveness.

“Collin Martin believed that our organization would embrace him coming out publicly and felt very comfortable coming out—he felt like he was in a safe, supportive, inclusive environment that made him feel, regardless of lifestyle, like he could live out who and what he was as a person,” Wright says. “As a high profile player who came out the way he did because he felt in a safe and supportive environment, I think that says so much about what our club stands for.”