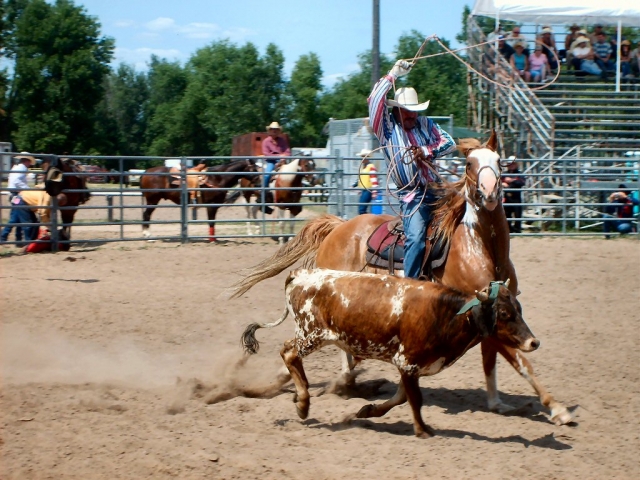 The North Star Gay Rodeo Association was founded by five rodeo enthusiasts in October of 1989. By mid-January 1990, NSGRA was officially recognized by the International Gay Rodeo Association as a member association. Membership grew quickly from five to 75 in less than one year. However, due to a shaky economy, the NSGRA decided to postpone hosting rodeos in 2011 until sponsorships and community support returned. After a several year hiatus, the rodeos return in July.

“I’ve been involved in gay rodeo for almost 30 years,” says Dan Van Wyk, the president of NSGRA. “Like many sports and teams, we’ve had good years and bad ones. But what draws me, and I think many people to it, is the down-to-earth aspect of it. You don’t have to spend a lot of money on equipment, unless you are involved with horses. You can train at your own pace, and compete in many events for decades.”

According to Van Wyk, you are working with animals several hundred pounds heavier than you (in most cases). These animals are easily capable of killing you, and you have to respect that. “I think most of us don’t do it for the glory, it’s usually the ones who grew up doing this or who do it for a living who win,” he says. “We do it because you feel more alive, you test yourself against (or work with) something bigger than you.”

He goes on to say that, as someone who enjoys watching volleyball, rugby, and other sports, he thinks it’s important to support GLBT teams and players as much as possible. “They are important role models for the younger generations, and provide safe meeting places and social opportunities that are important for people to get to know each other somewhere other than over a drink or on a dance floor. It’s a great way to build self confidence, to learn to be a good loser, and a good winner.” 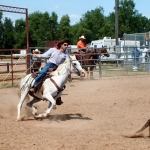 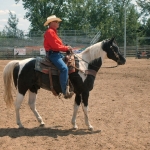 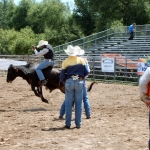 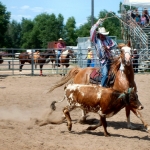