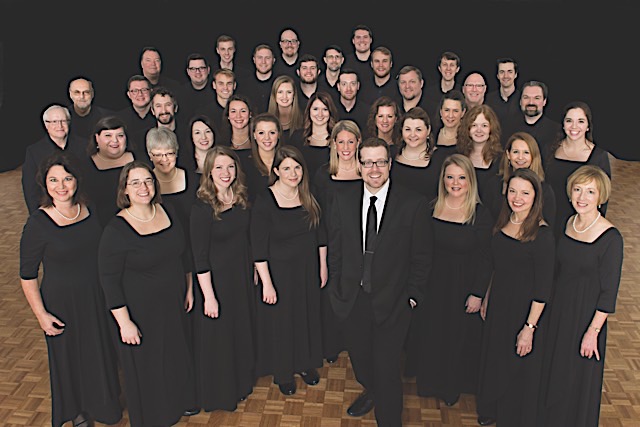 Photos courtesy of The Singers

The raw cruelty that killed openly gay University of Wyoming student Matthew Shepard in the cold and windy October of 1998 eventually proved to be a complicated alchemy of greed and opportunity, resentment and fear, but, in the immediate aftermath of his murder, Matthew Shepard drew fresh attention to a part of the American experiment that was rarely noticed by the general public, that of anti-LGBTQ violence.  This drawn attention was (eventually) woven into federal law when, in the less-cold and less-windy October of 2009, President Barack Obama signed into law the Hate Crimes Prevention Act that bore Matthew Shepard’s name.

In the months and years immediately after his gruesome demise, a legacy swirled and solidified around Matthew Shepard as he inspired uncountable works of art:  books, plays, movies…even a popular, mass-produced National Basketball Association jersey, openly gay player Jason Collins’ “98,” all added to an unsystematic battle against bias.

Over two decades later, the theater kid who dreamed of being famous continues to inspire.  True to its title, the choral work “Considering Matthew Shepard” lyrically reckons with the events before, during, and after the obvious horror, combining preexisting poetry with contemporary newspaper reports, interviews with parents Judy and Dennis Shepard, and even entries from Matthew’s own personal journal.  And singing, of course—lots and lots of singing.  As the work’s creator, Craig Hella Johnson, puts it, “In composing ‘Considering Matthew Shepard,’ I wanted to create, within a musical framework, a space for reflection, consideration, and unity around his life and legacy.”

“Considering Matthew Shepard” is being interpreted locally by Saint Paul-based The Singers who, according to their website, “deliver compelling and thought-provoking performances and educational opportunities that can bridge cultural differences and invite appreciation of the choral art.”  Founding artistic director and conductor Matthew Culloton decided to present the work to the Twin Cities as a bridge traversing a rift that’s both new and familiar.  Says he, “I chose to program this work because of the prevalence of open hate that has crept back into public in the last few years, tragically reminding us that these brutal crimes remain a stain on our society and a moral test for those of use who accept everyone.”

The selection of “Considering” carries a more personal resonance for Culloton, as well.  “What I remember of the tragedy was the juxtaposition of this murder in the context of popular society,” Culloton recalls.  “Will and Grace had just launched in primetime, Ellen DeGeneres had just come out, and so as America seemed to be opening doors for so many, this brutal murder happened, and it felt so out of place or out of step with the direction we were moving just then.”

Conducted by Culloton, The Singers will present “Considering Matthew Shepard” on Sunday, May 8th, 2022, at Saint Andrew’s Lutheran Church, in Mahtomedi, Minnesota at 3:00 PM.  The work will also be presented on the following Sunday, May 15th, 2022, at the Ted Mann Concert Hall on the University of Minnesota Minneapolis’s West Bank, also at 3:00 PM (including an American Sign Language performance).  These performances will include a special appearance by the One Voice Mixed Chorus.

These performances will introduce, after eighteen seasons of existence, something novel for The Singers.  “We will be doing our first-ever post-concert discussions after these performances,” Culloton promises.  “We will also discuss how this work looks at one perspective and acknowledge that it doesn’t speak to a shared experience.” The post-concert panel discussions will be led by principal librettist Michael Dennis Browne.

If it’s duly sobering to consider that, as of 2022, Matthew Shepard has been dead longer than he was alive, some consolation might be gleaned from remembering that, despite this profoundest of handicaps, he continues to inspire.  “Craig Hella Johnson’s work is a gripping examination of Matthew’s murder, and how we as society have to come to terms with that and move forward,” Culloton asserts.  “How do you work through forgiveness and healing, and moving toward acceptance and love?”  Moving toward acceptance and love might well be the best legacy for the kid from Laramie who, even after all this time, remains to our cold and windy world a pathfinder, a guide, and a shepherd.