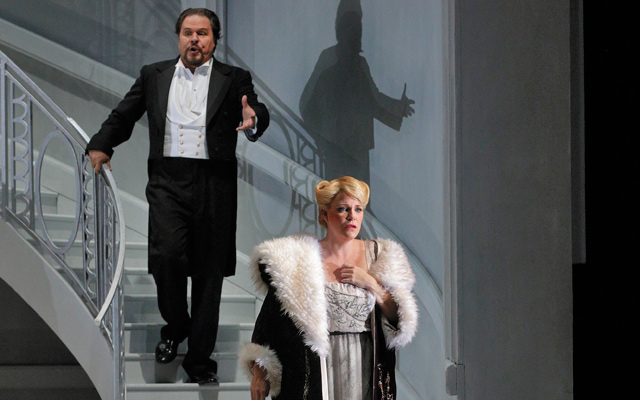 If you’re the one I distressed by snoozing through the interminable non-events of Parsifal at Vienna’s Staatsoper last Easter, forgive me. It won’t happen at the Minnesota Opera: Not this year, not any season, for Artistic Director Dale Johnson is all about storytelling. For its forthcoming season, he’s chosen a lineup of some of the most dramatic offerings in the repertoire, from comedy to tragedy—tales of love and lust and lust for fame and power—in productions designed to keep us on the edge of the Ordway’s seats.

Why? After celebrating its milestone 50th season last year, Dale found himself asking, “What’s next?” “What I look forward to is really good storytelling,” he decided. “Works where the story is very powerful, and enjoyed in a more personal, emotional way. I’m 62,” he divulges, speaking with the energy and passion of a college intern, “so I’m thinking of the legacy I’ll want to leave—creating a lineup of works that audiences delight in. They’re taken somewhere.”

And who’s better at that than Puccini? His Manon Lescaut, which opens the season September 21, says Dale, is “the piece that put Puccini on the map”: the story of the French It Girl who trades love for bling. She’ll be sung (in French, with English surtitles, as always) by returning diva Kelly Kaduce (who—spoiler alert—dies onstage once again, as she did here in Puccini’s Turandot, La boheme, and Madama Butterfly. BYO hankie.) 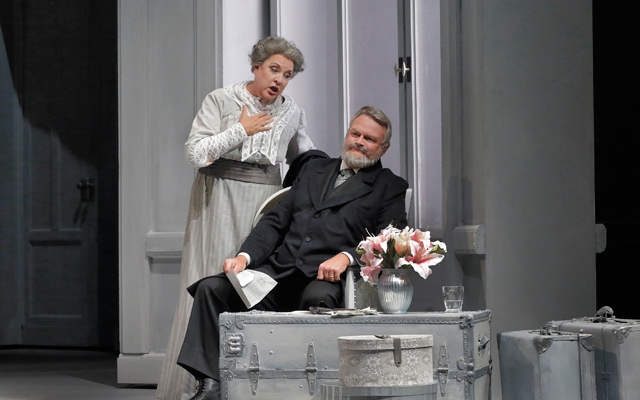 Puccini was taken with French composer Massenet’s more intimate telling of the Manon story, Dale explains, “but this is Italian: grander, big arias, sung in a big way. Big emotions. He wanted to tell the story of ‘real’ people, not courtiers, told in a real way.”

Next up in November is Richard Strauss’ Arabella—another love story, but this time with a happy ending. “It’s in a similar vein to his “Rosenkavalier,”—humorous, warm-hearted, but not as bittersweet. No Viennese waltzes, yet it captures the essence of Vienna.” Will Arabella and her lover outwit her family’s machinations to marry her to a rich man? Duh.

Speaking of marriage, and social climbing, welcome to Macbeth. Can’t have an opera season without Verdi, and this is one of his most dark and potent works. You know the plot, but count on Minnesota Opera to unfold it in an intriguing fashion. “We’ll experiment with visual storytelling, use video in interesting ways. The piece is raw and hard, but not ‘difficult’ in the sense of storytelling. Placed in the 19th century, we’ll pare it away. And there’s lots of virtuoso singing for the leads—not loud and high, but pulled back.”

Returning to Minnesota in the role of Lady Macbeth is Brenda Harris, paired with bass-baritone Greer Grimsley, whom Dale calls “Two of the greatest singers in the world, who love singing together. They’ve performed Macbeth together before,” he notes. (And yet she STILL cannot get that blood off her hands.) 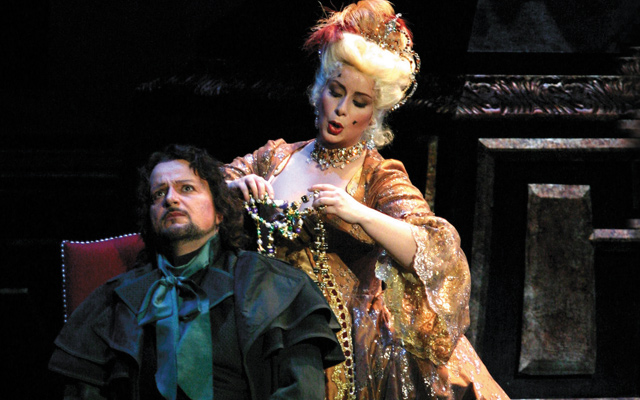 Wait, what’s this? A work by Minnesota’s own musical magister, opera composer Dominic Argento, that’s never been seen in these parts? Remedying that, look forward to The Dream of Valentino, his only work the company has never performed. “I wanted to right that wrong,” explains Dale. “He’s an incredible composer, one of the greats, and our own!”

The work debuted in Washington in the mid-90s to middling reviews, due to dramaturgical muddles, Dale explains. “So I checked with him: ‘We’re thinking about Valentino, but…’” Argento: “I’m way ahead of you. I’ve already thought it through. I know exactly what to do over.” “So he combed through, cut what was needed to tighten the story. Now it’s leaner, more direct.” It follows the life of the sexy silent movie star, sung by sexy but blessedly far-from-silent James Valenti.

What attracted the composer to the theme? Explains Dale, “He liked the idea of examining what society does to an artist—build ’em up, tear ’em down. And, after the revision, it’s so much more gritty. The design is Old Hollywood, very dramatic. It’ll knock people out.”

That’s also the reaction to the production of Mozart’s The Magic Flute, which originated at the Kommische Opera of Berlin. “It’s a sensational piece; it exploded all over Europe. They sold 20,000 tickets in the first 24 hours.” Designed by the British group 1927, whose forte is hand-drawn animation, it places live singers in the middle of a big, white area with doors all over it, surrounded by animation. “It’s super-challenging for singers, but it’s incredible,” insists Dale. “When I saw it on the Web, I went ‘Oh my God! Look at this!’” followed by “Let’s do it!” The opera’s (boring) spoken dialog is cut, and a piano plays Mozart’s music, like a silent movie. It’s double-cast with young talent with the ability to act as well as sing. 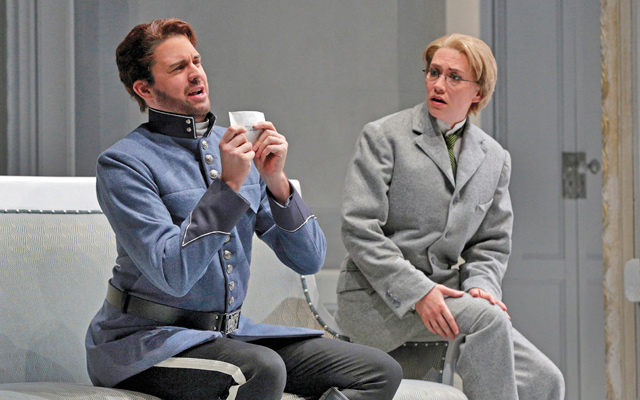