The Guthrie’s Kushner Celebration continues its journey of art and community with two weekends of discussions free and open to the public, along with productions of Tony Kushner plays on all three stages. 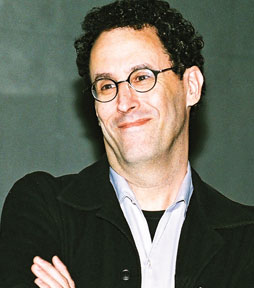 And the event even has a concierge, Bob Neumeier, who says, “People come from all over the country. It’s my job to make their planning quick and easy. In most cases, I’m just a source of information. But I’ll gladly book your Kushner theater tickets, and if you like, I’ll confirm your hotel rooms, and make your dinner reservations too.”

Moreover, Kushner, the American Renaissance man of our time, will be at the epicenter of Love, Law, and Litigation, presented jointly by the Guthrie Theater and West Legal Education Center. You can attend in person at the Guthrie facility, or catch a live webcast. This presentation inquires about bias in American sexual and gender identity, and the polarization those issues elicit, asking: What is it about how we live and love, and how we see ourselves, that creates such deep legal, social, and political divides?

Guthrie Education Director Louise Chalfant calls Kushner “a visionary writer and a singular public intellectual, an artist who thinks broadly and rigorously about the social issues and psychological material out of which his art is forged.”

Indeed, Kushner is one of the most masterful playwrights ever to engage politics with entertaining and richly textured human characters. No wonder Guthrie Artistic Director Joe Dowling refers to him as the theatrical heir to the playwright paragons of social consciousness: Henrik Ibsen, George Bernard Shaw, Bertolt Brecht, and Arthur Miller. 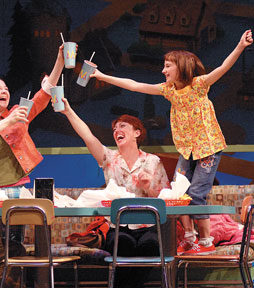 When a kids show can bring forth an understanding of the varied struggles both kids and adults face, so both parties are made more sensitive to the other, and in a way that makes you laugh out loud, and feel uplifted, then it’s truly an achievement. Such is the victory of Children’s Theatre Company’s Ramona Quimby, dramatized by Len Jenkin from Beverly Cleary’s original book concept.

Clinton Turner Davis has directed this simple contemporary tale of two sisters, Ramona, 7, and Beezus, 12, played with charming spunk by Scarlett Thompson and Maeve Coleen Moynihan. Reed Sigmund brings cuddly blue-collar gruffness as their dad, who wrestles with depression and nicotine over a job loss. Patty Mathews takes a wonderfully kooky turn as their mom, who enters the workforce for her first time. A surreal wedding sequence magically is served by Eduardo Sicango’s set and costumes, as well as Nancy Schertler’s lighting.

Walker Art Center is the best filter in the region for experimental global performance work. The 2007 First Award-winner from the world’s most revered alternative performance festival, Scotland’s Edinburgh Fringe Fest, is the final selection of the Walker’s UK Performance Now! series. So, it should come as no surprise that the audience will be served tea! Welsh writer-performer Hugh Hughes delves into complex feelings surrounding death triggered by burying a dead rabbit in his garden.

Walker Performance Curator Philip Bither shares that when he saw this Hoipolloi Theatre production, Hughes seemed “to be conjuring emotions and ideas on the spot, but was actually pushing the monologue form into a full-fledged, carefully structured theatrical performance experience with his musician/performer friend [Aled Williams] offering a subtle onstage counterpoint.” 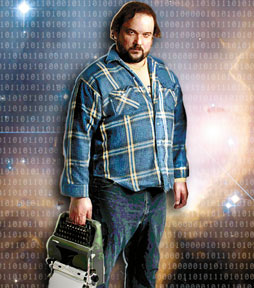 A while back, playwright Victoria Stewart brought us Nightwatches, a vivid take of New England Puritanism’s cryptic edge. Once more, she penetrates the dark with a new work based on the life of iconic sci-fi writer Philip K. Dick, featuring Luverne Seifert. Stewart’s research informed her that Dick’s twin sister, who died only a few weeks after their birth, was his formative relationship.
As Stewart explains, “He always felt that he was missing a part of himself, and was in search of his other half, often telling women he dated that they reminded him of his twin sister.”

Stewart adds that Dick’s work “gives us a sense of ‘what can be,’ but also a sense of ‘what shouldn’t be.’ He had a very funny, satirical, paranoid, and ironic look into the future. The government couldn’t be trusted, but neither could people. He was also writing about the environment before it was cool to do so.”