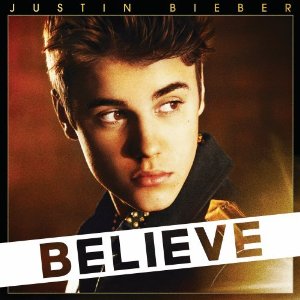 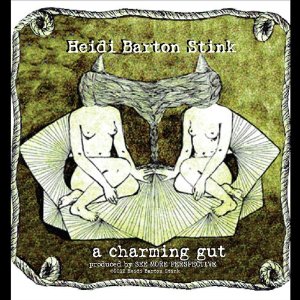 Heidi Barton Stink
In Our Guts

The local transgender activist and hip-hop artist unleashes her debut full length, an angry broadside willing to tackle any and all topics at hand. Over the spare but driving production of See More Perspective, Stink lays down the law. “Health care and a place to sleep/We love and some food to eat” she raps at the top of “Direct Action,” before cutting into the issues that most of us face in modern America. This is punk rock filtered through hip hop, shooting for the bracing honesty of the first and the compelling narratives and driving beats of the second. Stink gets rapping help here from the album’s producer and rising artist Guante on several tracks, including “Won’t Let Ya Slide” and late-album standout “Intersecting Lines.” 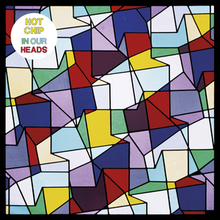 Hot Chip
In Our Heads

The latest from London dance mavens takes a bit to warm up. In fact, it isn’t until halfway through, with the single “Night and Day,” that the band finds the off-kilter funk that has fueled previous efforts.  Prior to that, In Our Heads  is something more sublime, as the group works through a number of styles on their way to more familiar territory, from the Pet Shop Boys-like “Motion Sickness” to the 80s-pop bounce of “Don’t Deny Your Heart.” Still, it’s the back half that is more arresting, as the London-based act pushes their sound into deeper and darker electronic spaces and is perfectly brought together in the slow burning and building “Flutes” or the equally epic “Let Me Be Him,” which is aided by a bit of real passion. 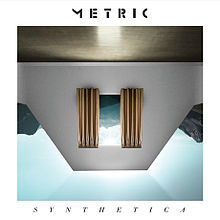 No amount of bouncy beats and earwig-worthy melodies can cover up the darkness inhabiting Metric’s latest album. “I’m just as fucked up as they say” singer Emily Haines coos at the top of the album on “Artificial Nocturne.” From there, the album features a lot of harrowing self-examination. That extends to the listener. If you happen to purchase a physical copy of the CD, you’ll find the lyrics are printed backwards and require a mirror to actually read. Musically, the Canadian band is in top form throughout, merging an electronic, new-wave vibe with plenty of touches of modern rock, crafting an engaging sound for all the introspection. Lou Reed, a father of both styles, even shows up to add some gravitas to “The Wanderlust.”

In technical terms, Bieber’s second album is “weak sauce.” No number of guest spots from the likes of Ludacris, Big Sean, or Nicki Minaj is going to change that fact. The freshly-minted adult is just too squeaky clean to pull off any kind of musical grit. That means his sophomore album drags on and on and on with lots of robotic beats and nods to modern pop without producing much in the way of charm or grace. That his voice—supposedly Bieber’s calling card—is auto-tuned to death doesn’t help the proceedings. Sure, there’s a nice groove here and there, “Out of Town Girl” has a pseudo-reggae vibe that is almost beguiling, but the album’s dreary sameness wears away any charm.