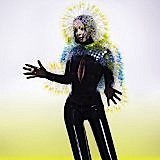 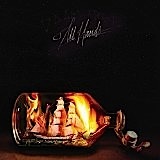 It’s fitting that the latest collection from the massively influential Twin-Cities hip-hop collective opens with “Final Boss.” As in a video game, the song is a powerhouse, loaded with difficult-to-parse music and rhymes that, once you conquer them, make you feel like you’ve won the lottery. That sense of high risk and high reward permeates this collective collection, as heavy hitters like Dessa and P.O.S. make amazing musical hay to the tense, claustrophobic backbeats from the producers, led by Lazerbeak. It’s not that they can’t be a bit playful – who else but a group of Minnesota-based artists would issue a tune called “Grey Duck” — but even those moments are loaded with tremendous drive. 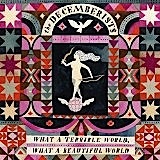 The Decemberists What a Terrible World, What a Beautiful World

The Decemberists grow up, but only a little bit, on their latest album. The band’s fascination with the whimsical takes a back seat to more real-world concerns. That’s something of a loss, as Colin Meloy and company have used stories of military wives and murderous fathers to create some beguiling tunes over the years. Thankfully, their talent for crafty tunes hasn’t deserted them, as proven by the driving “Calvary Captain” or the brooding “Carolina Low.” On “12-17-12,” Meloy meditates on the Sandy Hook shootings, as he tries to comprehend such tremendous grief. It could be pretentious, but the plaintive, wailing harmonica and whisper-soft accompaniment build a beautiful musical landscape. Heartbreak and humanity often live side by side in the band’s music, but it has rarely been so clearly expressed.

An internet leak meant the eccentric Icelander released this album two months early. That may have been bad for her plans, but wonderful for music lovers, as it gives us more time to live with this engrossing collection. Written in response to Björk’s breakup with modern artist Matthew Barney, Vulnicura features plenty of colliding musical themes. It is both graceful and harsh; distant and personal. The arrangements are spare, which is a sonic space that Björk has used to great effect through her 25-year career. This space allows the intense, stream-of-consciousness lyrics to work to full effect. The result? Devastating beauty on tunes like the 10-minute “Black Lake,” striking opener “Stonemilker,” and the relative ray of sunshine that appears on the closing “Quicksand.” 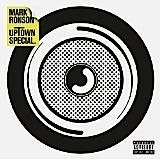 Mark Ronson makes old-school funk and R&B. He doesn’t ape the classic sounds of the 1970s and ‘80s on Uptown Special. Instead, he adds a bit of modern sheen to the grit of the classic sound for some throbbing dance-floor packing tunes. Along the way, the producer enlists plenty of talent, opening and closing with Stevie Wonder (!!), and tossing in some big names (Bruno Mars) and big talent (Kevin Parker) along the way. There’s enough sonic variety to make this a worthwhile listen from beginning to end, where smooth tunes — like Parker’s “Summer Breaking” — share space with heavier hitters, like the James-Brown-funk of “Feel Right” (featuring Mystikal) or the heavy-duty vibe of “In Case of Fire.” Bring on the bell bottoms!