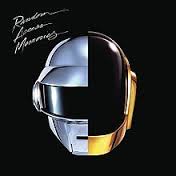 So, since we last saw the be-helmeted Frenchmen in 2005, they managed to become the dance voice of a generation, unleashing the biggest seller of their career. Random Access Memories is as old school as the title, loaded with touches of funk, disco and other dance styles going back decades. They employ an intriguing selection of guests here, from Julian Casablancas of the Strokes to “Rainbow Connection” writer Paul Williams. Oh yeah, it’s that kind of album through and through. Holding all of this together is an absolute celebration of the freedom dance music can bring to the soul, as the duo goes from rave up to rave up, celebrating generations of sweaty dance floors and promising to pack some more. 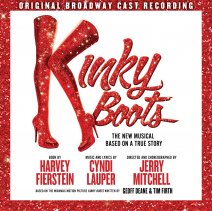 Unless the composer is someone like Stephen Sondheim, it’s a bit awkward to listen to a cast album without having seen the show in question. Kinky Boots has received some mixed notices and 13 Tony Award nods this spring, so I’m sure it’ll find itself on these shores sometime in the next couple of years. In the meantime, we have this pre-relic, complete with a bevy of new Cyndi Lauper tunes (always exciting) and featuring vocals from the heavily lauded duo of Stark Sands and Billy Porter. The tunes are a lot of fun, with Lauper taking plenty of inspirations – from pop to dance to disco to 1950s-style rock ‘n’ roll – and pushes it all through her usual bright song craft, and that’s enough for now. 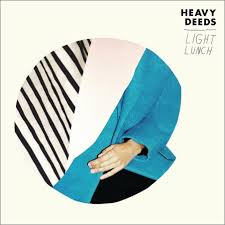 The Heavy Deeds are a sort-of continuation of local psyche favorites Vampire Hands, with three members from that band (including Chris Bierden, also in Polica). Added to the mix are two brand-new voices – Sara Bischoff and Molly Hilgenberg – and a collection of tunes that continue the vibe of the old band if not exactly the same guitar-driven sound. It’s an ep that seems to have arrived from a long-ago time. These are heavy-duty grooves here, designed to capture the listener and bring them to a happy place. In fact, you want album-closer “The Great Believers” to go on forever and ever. Then there’s the easy-going title track, which brings to mind some lost relic from 1972, unearthed for our listening pleasure. 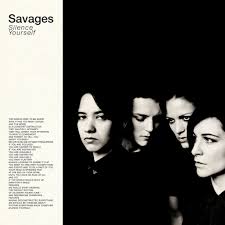 Stuttering, jittering post-punk never goes out of style. You can dance to it if you want, or bang your head to the heavy beat or just soak up the edgy, angry ambiance. London’s Savages ­– incidentally, they’re all ladies – are the latest to pick up the late 1970s mantel from the likes of Joy Division and Gang of Four. The band isn’t a one-trick pony, either. Sure, they can bring the raging intensity on a tune like “Husbands” or cascades of noise on the pummeling “I Am Here,” but there is also a side willing to explore darker and moodier sounds. Album-closer “Marshal Dear” is built around a wild clarinet solo from Duke Garwood that sends the listener off into the dark and stormy night.