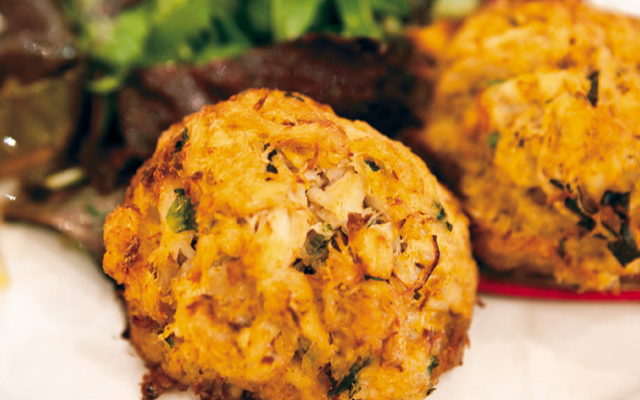 After many years happily spent serving customers on East Hennepin, the Wilde Roast Cafe is technically not a new restaurant. However, with its recent move to St. Anthony Main, an overhauled menu, and expanded beer and wine lists, our readers overwhelmingly voted to restore its metaphorical virginity, proclaiming it this year’s “Best New Restaurant.”

Visiting its new location, complete with lavish, peacock feather-adorned pillars, it’s easy to understand why. Owners Dean Schlaak and Tom DeGree have three times the square footage to work with, yet managed to retain the cozy, intimate feel that the Wilde Roast was always famous for, complete with overstuffed furniture and its signature fireplace. Wi-Fi is still available for those who want to surf the web or study, but the restaurant now offers table service and a dog-friendly, smoke-free outdoor patio for the warmer months.

Transforming the space from that of its former tenant (a Latin restaurant and late-night salsa venue) into the Wilde Roast had to be done quickly and efficiently out of consideration for the restaurant’s long-term employees.  Much credit for this small miracle is given to the so-called gay mafia, who made over the restaurant in Oscar Wilde’s grand style in a mere two weeks.

From the very hour that the restaurant quietly cracked open its doors at 65 Main Street SE, it’s been flooded with business, both from the GLBT community and its allies, as well as neighborhood residents. Not everyone gets some of the inside jokes–that the burgers, for example, are named after local drag queens–but after the “new” Wilde Roast regained its footing and got the hang of table-service, it seems to have finally settled into a comfortable rhythm. 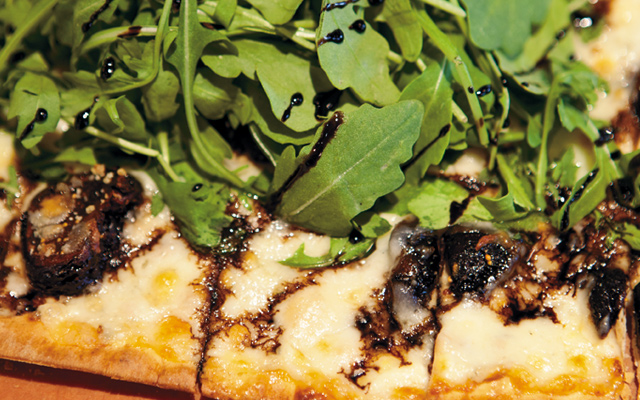 Our table started with a bottle of fruity Boxhead Shiraz ($7/28) before moving directly to the Fig and Blue Cheese flatbread pizza ($11.69). Liberally topped with arugula, the marriage between fresh, luscious fig and blue cheese makes the perfect introduction to the Wilde Roast’s fare: upscale comfort food with an emphasis on guilty pleasures.  Somewhere in heaven, I like to imagine that Wilde, himself, is pleased.

The Crab Cakes ($14.29) incorporate meaty bits of crab with just enough breading. The two large cakes are not fried, which allows the full flavor of the crab to shine through, and a quick dip in its accompanying lemon dill aioli ties everything together quite nicely. We also couldn’t resist sampling the Calamari ($10.29) which are fried to a crisp and served with the same aioli. However, the breading isn’t too thick and they’re not overcooked, so a squid fan can still enjoy the supple texture beneath.

A handsome Steak Salad ($15.99) arrives next–filet mignon served over an arugula and blue cheese base. Filet mignon also appears on the menu in sandwich form, and as a traditional dinner entree, complete with garlic mashed potatoes and a vegetable side. However, If you’re in the mood for something more casual, the Wilde Roast has a variety of sandwiches options for meat-eaters and vegetarians alike. In fact, if you want your burger with either chicken, turkey, a veggie patty or a portobello mushroom instead of beef, the kitchen is happy to accommodate you at no additional charge. We were happy to try the bacon-happy Varla ($10.99) and the Trinity College Tuna Melt (also $10.99). This tuna melt employs vinegar as opposed to the more common mayonnaise treatment, and the result is a much brighter flavor profile. Whatever your sandwich pleasure, if you haven’t had the Wilde Roast’s tater tots, they are absolutely worth the extra $2. Fragrant with truffle oil and a dash of sea salt, they were easily a table favorite.

When you visit the Wilde Roast, do try and save some room for dessert: they’re known for their homemade gelato. With flavors like basil chocolate, cayenne chocolate, and salted caramel, their gelato is a summer favorite, but they also intend to have some flavors available all through the winter months.  A delicate pomegranate mousse, and a decadent, larger-scale take on the Reese’s peanut butter cup rounded out the evening.

Eventually, the Wilde Roast hopes to incorporate bar seating and a liquor license, but the already reasonably priced wine list currently offers diners 1/2 off bottles of wine Sunday and Monday evenings, as well as “Date Night” specials; more information is available online at wilderoastcafe.com. The views of the river promise to make the restaurant a new romantic hot-spot, no matter what the night or the season. However, I believe that come this winter, near the Wilde Roast’s roaring fire might be the best spot to take in the beauty and splendor of 2011’s very first snow. 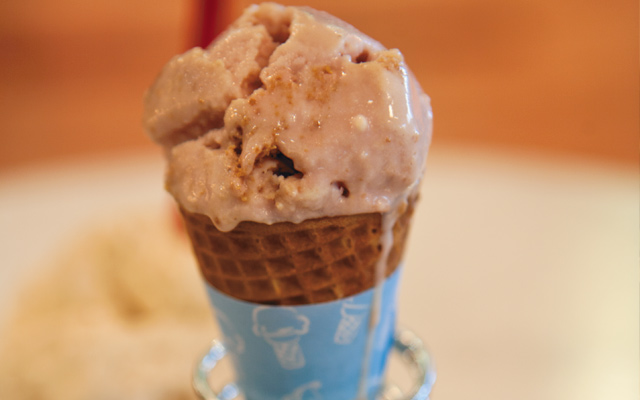 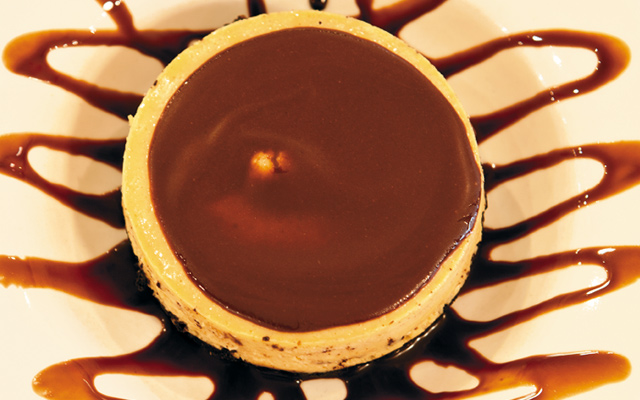