Nick Jonas: The Man of Many Hats

Trying to recover from the child star or teen idol label has been the demise of countless celebrities, but Nick Jonas has thoroughly shucked that label and emerged as an adult solo artist, and he can feel it.”I feel really free,” he assures me. “The most free in my life that I’ve ever been. Career-wise I don’t feel trapped. I feel great. And as far as me, Nick, as a person, I feel the most free.” 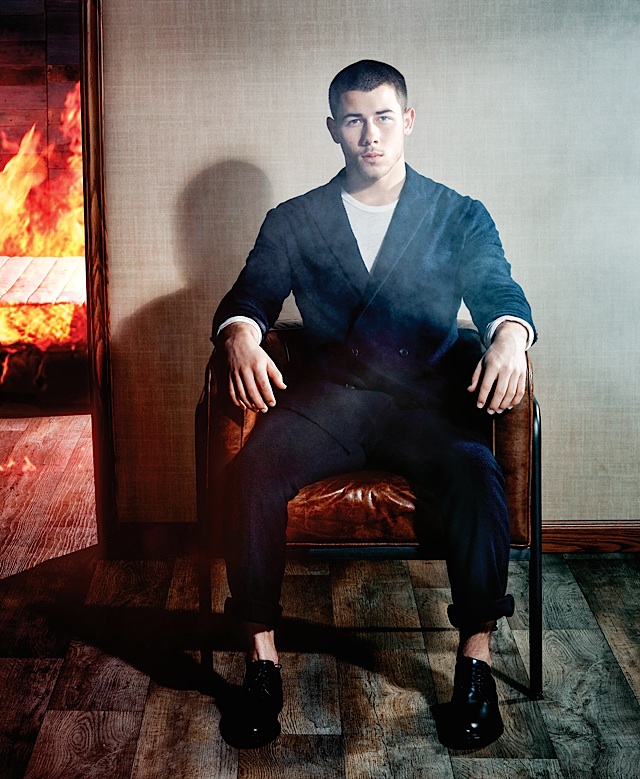 Creatively, the 23-year-old is in a spot where he is proud of the work he’s doing and admits, “I’m able to just create freely and do some things that are pushing the envelope for me a bit and hopefully really connecting with my audience. In the past, I was creating and feeling like I have to censor myself in some way, and figure out the best way to say something that’s not necessarily the most honest. I don’t have to do that anymore.”

By the time Jonas was a teenager, he already had a career that working actors could only fever-dream about: being discovered in a hair salon when he was six years old, performing on the Broadway stage, and starring in a series of Disney TV shows and the Camp Rock movie franchise. Of course, he was also one-third of the mass hysteria-inducing boy band Jonas Brothers, with brothers Kevin and Joe.

Experiencing that magnitude of fame — the kind where your face is plastered over lunch boxes, T-shirts, and television screens — made him nervous. The pressure to be perfect, lest everything disappear, was a legitimate and real fear for him. The brothers rode the highs and lows of teen stardom until they finally split in 2013, after a 2010 hiatus, to explore solo projects. It was difficult and emotional for all of them, Jonas says, but he acknowledges that “it would have ended badly if we hadn’t ended it when we did.”

In the last couple of years, Jonas has worked hard to reintroduce himself to the world. He explored new sides of himself with 2014’s self-titled album, Nick Jonas, an R&B-infused pop confection that’s Timberlake-esque. It features the hit single, “Jealous,” which everyone in the known world has heard a version of, whether it be the gospel version, Tinashe remix, or the original.

Jonas has also kept active in TV, playing a gay MMA fighter on the DirecTV drama Kingdom and flexing his comedy skills on Fox’s horror spoof, Scream Queens. Jonas’ path to an EGOT puts him squarely in the viewfinder of all cameras, so it’s no surprise that he’s been in the tabloids for just about everything ranging from his 2015 breakup with long-term girlfriend Olivia Culpo, to speculation about his sexuality, to gossip that he’s been hooking up with Kate Hudson.

Jonas has lately been drawn to complicated depictions of masculinity. For example, neither of the characters he’s playing is really out of the closet. “My character on Kingdom deals with so much,” he says. “There’s a responsibility that I feel to tell that story as honestly as possible and not be afraid of it. He’s living in an incredibly macho world and isn’t able to be who he wants to be or who he is.”

Unsurprisingly, Jonas has attracted a fervent gay fan base that isn’t just checking for his TV roles and music, but his frequent appearances at Pride parades and gay clubs, as well. Equality is a very important issue to him, he insists, explaining that his theater background and exposure to the community at an early age heightened his awareness. Publicly, it appears as if he’s been carefully toeing a line, maintaining his heterosexuality, but still playing coy about any possible relationships with men. At the same time, it feels like a new frontier to see a mainstream, very straight–seeming male pop star unabashedly catering to the gay community without fear of stigma. 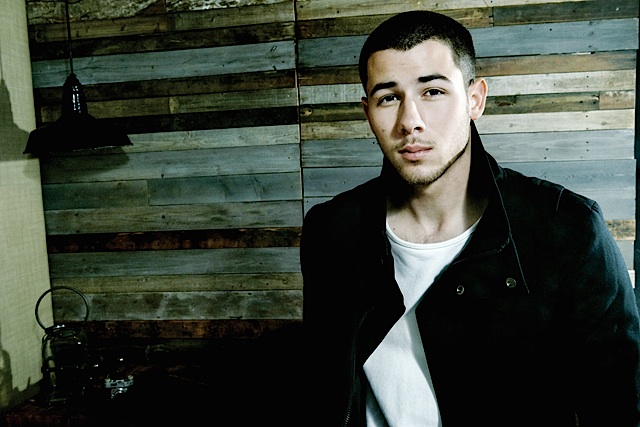 But that commitment to the community has also been met with backlash, with critics saying Jonas is merely gay-baiting, to which Jonas just shakes his head. It frustrates him that some people think he’s exploiting the community for his own ends. “I think there is negativity on any move toward progress,” he shares. “Things that make people uncomfortable cause them to go to places where they say things that are really quite the opposite of where I think we need to take things. So there’s, on my part, no question of my intention or my heart and the purity of that. I’ve just got to stay in that and not worry about the other stuff.”

It would appear his commitment to the GLBT community knows no bounds, as he and Demi Lovato cancelled two tour dates that were scheduled for North Carolina in the wake of HB2. But that decision didn’t come lightly. “I think that it’s an incredibly tough situation overall and Demi and I and our team did our best to make what we felt was the best decision possible to hopefully see a positive outcome from this unfortunate situation,” he sighs before continuing. “And we are understanding the fact that this is disappointing to our fans but we’re just really hopeful that they understand and that there is real change from this.”

That tour is to promote the release of his new album, Last Year Was Complicated, out June 10. When we start talking music, Jonas begins talking quicker, clearly excited for fans to hear his new music. After a year of professional growth and personal upheaval, Jonas is using the new record to document his evolution emotionally, vocally, and instrumentally. “I think personal life and career have to kind of line up in the sense that my career changed so dramatically,” he says, “and then I think I had some catching up to do.”

The word “vulnerable” comes up a lot when he talks about the project. By that he means not just in the songs, but in his musicianship. “I play drums, guitar, keys. That’s a huge part of my artistry, and I’m going to make an effort to show more of that,” he says.

He mentions new songs — “Chainsaw” about his breakup with Culpo and “Don’t Make Me Choose” — that he feels are showcasing this more vulnerable self. Most of the album was recorded at Jonas’ house, a place he considers therapeutic and that helped him after his breakup. He doesn’t hide the fact that the split is a large influence on the new songs. “Naturally I’m going to pull a lot from that,” he says. “Not even so much about that relationship in particular, but about my state of mind, who I want to be. I’m meeting new people, and what that has been like. Also, just as a general change in my life. This year has been kind of nuts.”

This album is about telling Jonas’ story using his words, his way. “I think the main thing for me on this record was digging as deep as possible in my song writing and laying out my story the best way I could,” he shares. “It’s been an interesting year, to get to work through all that through the music feels really good.”

With his previous albums being heavily influenced by R&B, fans can expect a similar sound from Jonas’ newest venture…but with a twist. “I think it’s the combination of sounds for me,” Jonas says, sounding giddy. “Between my classic soul to more modern stuff that I’m really liking. This album is about trying to continue to push myself to grow and bring different elements of my sound and also some alternative music that I’ve really enjoyed.”

It seems Jonas succeeds at anything he tries, landing multiple starring roles on TV and film, accompanied by chart-topping music, so I had to ask: is there something you’ve tried and not been good at? Jonas lets out the loudest laugh of the conversation before finally saying, “Yeah a few things. I usually pursue things with a really humble attitude and grow as much as possible. I’m sure one day I’ll meet my match and fail miserably, but for now, things seem to be working out.”