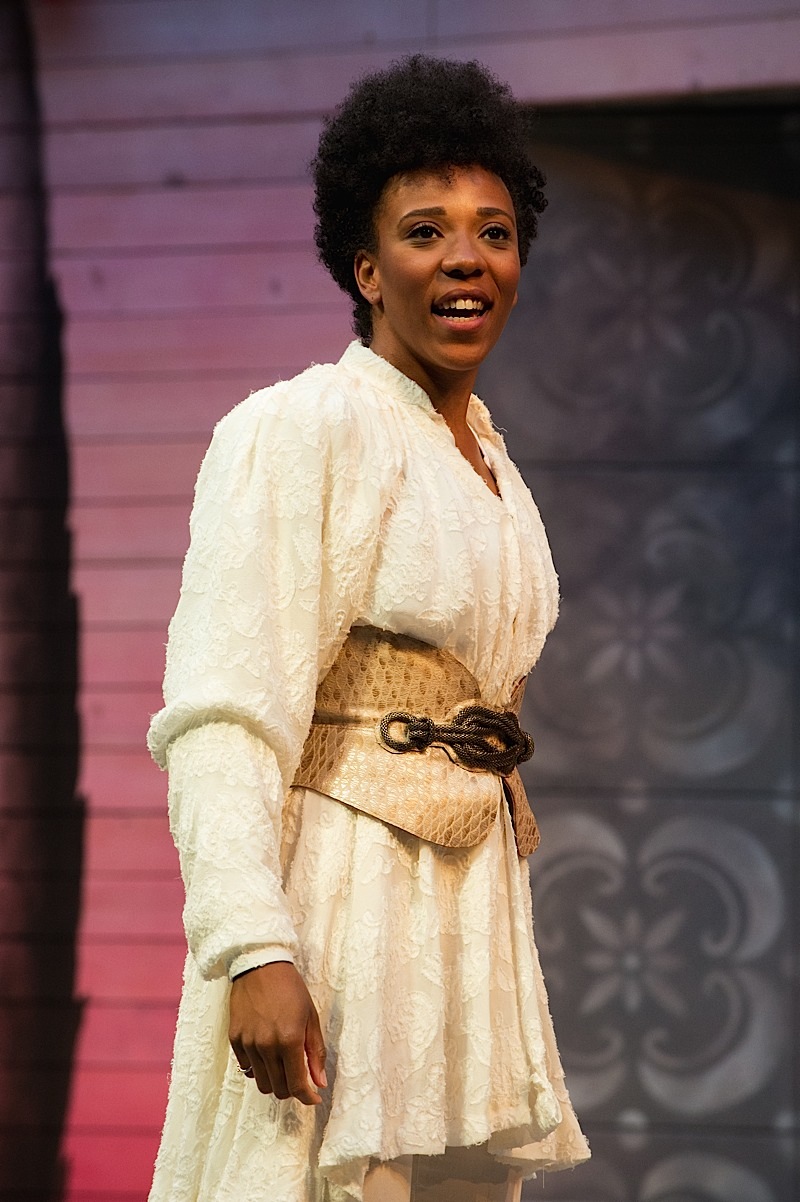 The Jungle Theater’s new artistic director, Sarah Rasmussen, has succeeded its fabled founder, Bain Boehlke, with a beautifully vibrant production of William Shakespeare’s early comedy, Two Gentlemen of Verona. As her debut production in the role of AD it can be said to be a roaring success. In the bard’s time all roles were played by males, no matter what gender the character was. Rasmussen pays tribute to that in reverse with a cast that is all female.

Rasmussen’s actresses playing men are among the best cross-gender realizations of a text in Twin Cities theater history. The principal male roles of Proteus and Valentine are given organically macho characterizations by Mo Perry and Christiana Clark. Not only are their physical aspects quite believable but they get that definitively hetero male sense of rivalry over who gets the gal. (Of course, gay men have been known to have their equivalent to that in the gay world.) Though women can be competitive over men, that rivalry sense has a different sense about it. May have something to do with the testosterone element.

Sha Cage also delights and endears in a cross-gender turn as Thurio. The entire cast in uniformly superb with some wonderful turns by veterans Wendy Lehr, Maggie Chestovich, Barbara Kingsley, and George Keller. There’s also a sweet pooch performance by Bear who plays the laid back doggy, Bear. Oh so cute!

Moria Sine Clinton’s costumes and Andre Boyce’s exceedingly pink set design add splendidly to the light and breezy effect. It should also be noted that though the cross-gender element is excellent, Rasmussen has made certain everyone has masterful apprehension of Shakespearean plot structure and language. The effect is transporting!