New Incarnation of “Lemonade for the Lawnboy” — A Wonderfully Whimsical Way to Launch Your Pride Month! 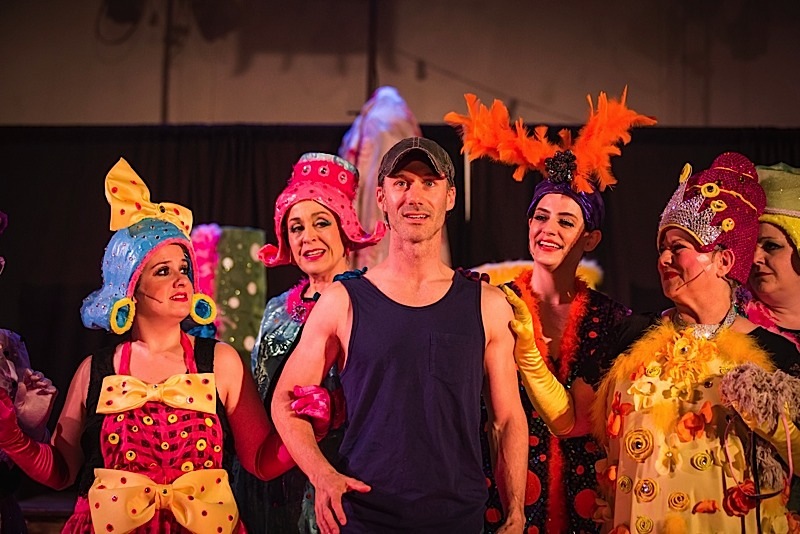 As Pride month is about to launch, the remount of Lemonade for the Lawnboy: the Musical! is the perfect portal to a joyous Pride month. Director/writer Greta Grosch’s brilliant stage version of Janet Letness Martin and David W. Cook’s fictionalized recipe book has got to be a first. The stage version creates an unlikely and inspiring story of an intense friendship between a straight woman and a gay man as they each aid and challenge each other through their two very different healing processes.

The production explodes with color, not surprising, as Cook is dubbed The Flower Bomber for his explosive art work. You’ll see that ingeniously translated into live mannequins representing society ladies. Janet Paone and Ed Williams Jr. play the major roles this year. The Smarts have been working closely with the production’s music elements. The gifted Dennis Curley directs the music. 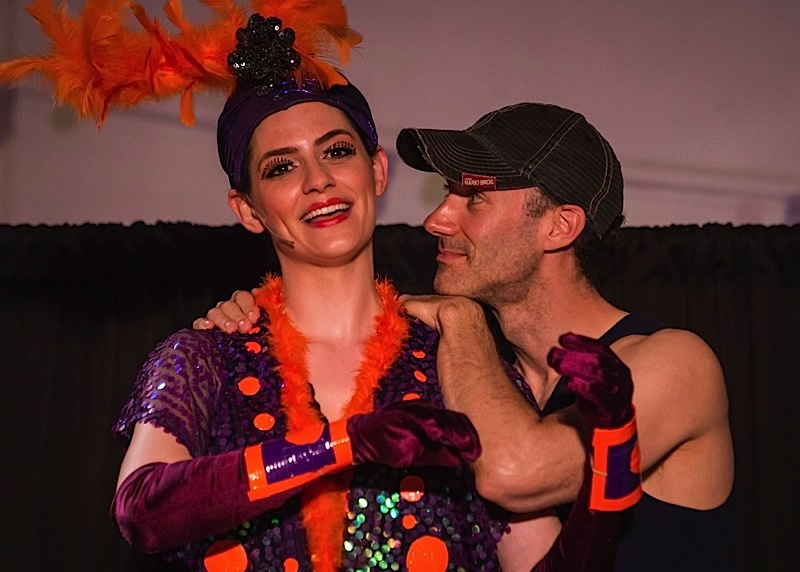 Grosch says, “In the show there’s a tension between two realities. There’s the imaginary world of Cook’s ladies: a technicolor showplace with elaborate and campy musical production numbers, populated by over-the-top society women who, in actuality, are three-dimensional art sculptures. This world is contrasted with drab reality, where Cook (a gay, recovering drug addict) is holed up in a grieving widow’s suburban garage, struggling with his demons as best he can.”

If you saw last year’s production, you may want to check it out again as Grosch relates some of this year’s developments. “We had a set designer and a set builder. Then David ‘dressed it.’ The set was inspired by David’s studio. We were definitely trying to re-create David’s world, so the set designer went and visited David in his studio and took lots of pictures. Same with the costumes. Inspired by David’s ladies, the costumes were actually designed by Trina Benedict, daughter of Janet Martin. She then handed them over to David who did the ‘hair’ and the costume decorating. Because David doesn’t have a theater background, professionals were hired to build, but he definitely touched everything. He painted and duck taped all the props and set pieces.”