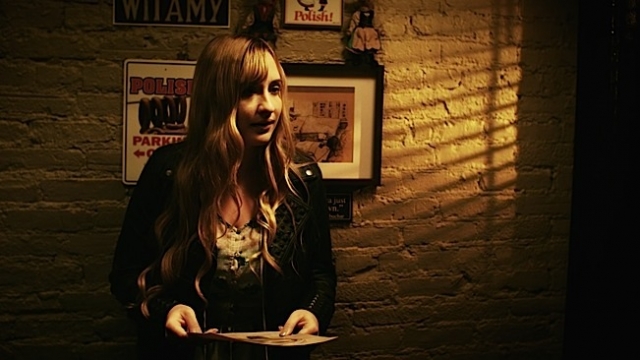 Minnesota’s Patrick Coyle continues his advance as a major voice in American independent film with an absorbing and magnetic new film, The Public Domain. The writer-director tracks a range of characters affected to some degree by the collapse of the I-35W bridge in 2007. The film’s title refers to the name of a tavern near the new rebuilt I-35W bridge where the emotional vibes sprung from that catastrophe still seem to congregate seven plus years later. The Public Domain also takes an inside look into Minneapolis’s significant media market and industry where national commercials and casting attract one of the most talented acting pools in North America. The film’s broad social overview ranges from the homeles to Warehouse District material excess.

Peter Christian Hansen plays Johnny, an unemployed ex-felon and sketch artist who surreptitiously draws a picture of a writer named Linda (Emily Bridges) while she is sitting at the bar. When she finds out what he’s been doing she is incensed but the tavern manager (James Williams) buys the sketch by covering Johnny’s meal cost. Though she is offended, Linda is smitten, as is Johnny. As fate would have it, they are ultimately drawn to each other and we learn that Linda actively fears her abusive stepbrother. 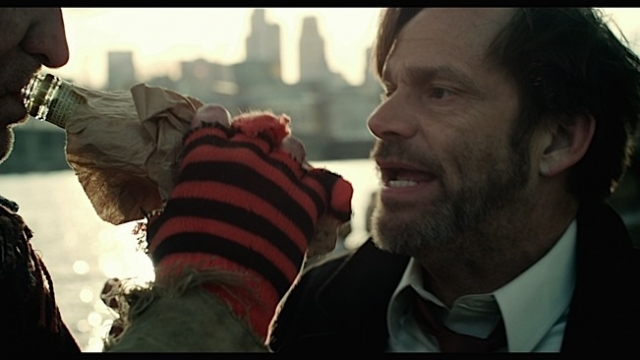 The second major plot stream navigates the libidos of marketing whiz, David (Mark Benninghoffen) and an ambitious casting director, Lana (Sara Marsh). Both are severely ethically challenged and they don’t realize that their illicit relationship is being surveilled in kinky detail. The eye invading their privacy is actually played by Coyle in a gritty performance.

Marsh and Benninghoffen sizzle in their scenes together and crackle in their scenes with other actors. This is one dynamic screen pair. In pleasing contrast, there is a softer quality to the other love story. Hansen and Bridges are emotionally connected and vulnerable. Two lost souls who finally find their soul mate.

The supporting cast is comprised largely of actors from the Twin Cities’ exceptional acting pool and they shine in The Public Domain. Jim Detmar is a comic gem as David’s manic and befuddled business associate. Tom Reed and Bryan Porter delight as two men up for the same part in a coveted national commercial. Their men’s room mirror sequence is quite funny and Porter’s insight into an actor’s self-deception is hilarious. On a darker note, John Riedlinger turns in a touching portrayal as David’s traumatized brother, Joe.

Many other Twin Cities actors have nice moments in small roles throughout: Pearce Bunting, Stacia Rice, and Jim Lichtscheidl to name a few. 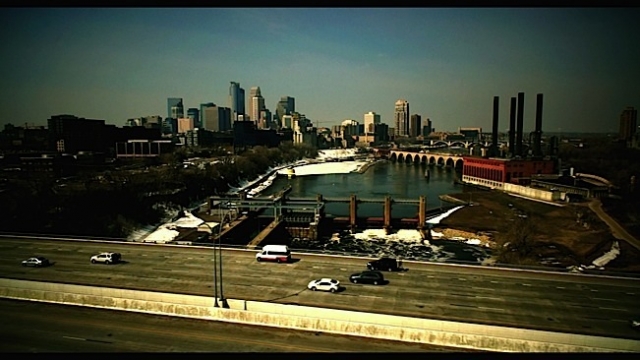 The passion, romance, and the city of Minneapolis are beautifully shot by cinematographer Bo Hakala with many scenes in dark brown tint and soothing warm yellows. Broad daylight scenes work well as they seem to shine the light on what is being kept in the dark. Russel Holsapple’s elegant score matches the moods of the film quite effectively.

Once again, a Patrick Coyle film brings forth a distinct view of The City of Lakes. It’s like a love letter to a city that could be compared to Woody Allen’s New York or Vince Gilligan’s Albuquerque.