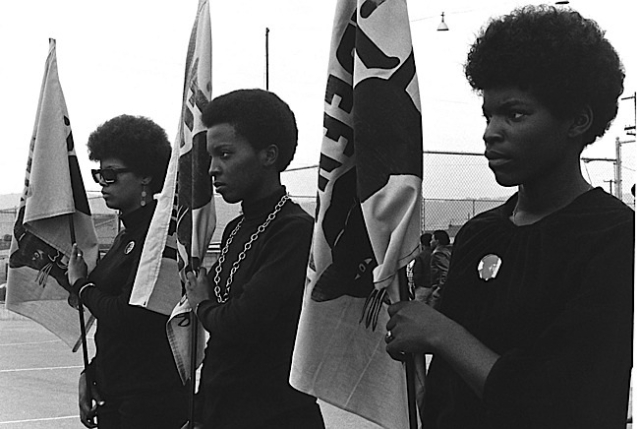 The formation and legacy of the Black Panthers Party in the 1960s is surely one of the most consequential chapters in American domestic politics. Passions flair when stories are told about the conflicts between them and the FBI. Stanley Nelson’s documentary, The Black Panthers: Vanguard of the Revolution, bluntly shows the aggressive tendencies of both sides and is a “must-see” film for anyone who cares about what can go awry when political activism is blindsided and its inflammatory actions and rhetoric can be used against it.

The civil rights era became defined by photos of attack dogs and fire hoses turned on black Americans. The public became aware of how racism was institutionalized. Out of this, in the 1960s, emerged the attractive and charismatic Huey Newton and the passionate Bobby Seals to form a black nationalist movement that championed self-defense. It soon went national. Acclaimed writer Eldridge Cleaver became the movement’s iconic literary intellectual. 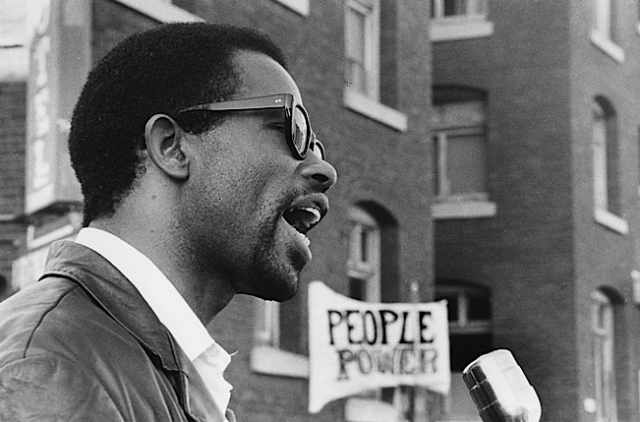 Nelson delves into major events that will surprise many who may think they know their Black Panthers and FBI history. The Panthers’ entry into the California State Assembly with numerous guns and Cleaver’s caustic challenge of the state’s Governor Ronald Reagan to a duel is chronicled in film footage. Like the gun lobby of today, the Black Panthers had fervent zeal for the protection of the constitutional right to bear arms.

FBI Director J. Edgar Hoover’s formation of the secret COINTELPRO (Counter Intelligence Program) to infiltrate black organizations is detailed. He feared a charismatic leader who would become a black messiah and that the more moderate black masses would be seduced into enabling this. The Bureau recruited blacks who wanted their criminal records expunged. Families of Panther members had their privacy invaded. 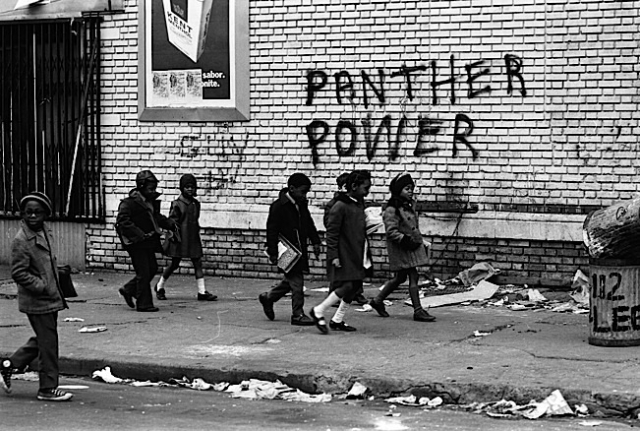 A group of seven small children walk to school with books in hand. Photo courtesy of Stephen Shames.

When Martin Luther King (who was not a Black Panther) was assassinated and riots ensued, the Black Panthers turned more bitter. Some members would even come to trivialize the good the Panthers did do in the eyes of the public, such as providing poor children free breakfasts, free clinics, and free food. Cleaver’s asylum in Algeria, highly questionable moves by Hoover, the violent death by police of the Panthers’ racial unification organizer, Fred Hampton, and high profile inner party squabbles form a fascinating and complex picture of an organization whose legacy is met with many assumptions. One thing does seem to emerge in Nelson’s remarkable film: both the Black Panthers and the FBI had profoundly serious issues with paranoia.