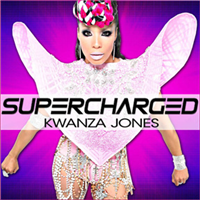 Jones declares herself to be a “gladiator in a thong” at the top of her third album. While that sounds both painful and impractical, the vibe continues throughout the bouncy, dance-floor packing album that follows. There’s more than a slight Gaga-ish influence running through the album, even down to an education (in her case Princeton) that indicates that there might be something more behind tracks like “Turn it Up” and “Shatterproof.” Except, there doesn’t really seem to be much beyond the image. Sure, Jones has her charms (“T-E-A-C-H-E-R” is a particularly hot tune), but this brief album runs out of gas long before track 10. There’s too much visible in her effort to be edgy that drains a lot of fun out of the album. 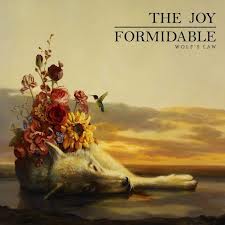 It hasn’t taken long for this Welsh trio to rise to the top of the indie rock world. They aren’t afraid of big emotions or a big sound – two pieces that sometimes get lost in the more detached rock music of recent years. A lot of this comes down to lead singer Ritzy Brian, whose vocals serve as a calm center amid the musical storm that surrounds her voice. A lot of my favorite music from the “alternative” era, from Sonic Youth to My Bloody Valentine, played in this territory and it is great to hear that it still lives. The band can play it tuneful (opener “The Ladder is Ours”), moody (“Silent Treatment”) or flat out rocking (check out the raging guitars – also from Brian – on “Maw Maw Song”). 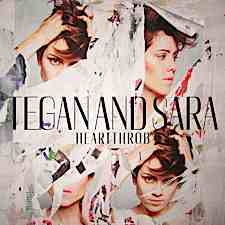 It’s been four long years since Tegan and Sara last collaborated on an album, but it was worth the wait. Our favorite gay, identical-twin Canadian singer-songwriters haven’t missed a beat during the time away from the recording studio, crafting an album that is as fresh and bright as their best work. The duo has always been about pairings – their two (naturally) similar voices, their guitars and keyboards – that build into their distinct sound. There are plenty of relationship songs here, examining the good, the bad and the painful of two people getting together. Bouncy pop like “I Couldn’t Be Your Friend” mesh nicely with moodier tunes like “Shock to Your System,” creating an engaging, fulfilling whole.

The New Standards approach – minimal, jazzy editions of pop and rock favorites – could be so precious as to be off-putting, but the trio pulls it off via their incredible musicianship and genuine love of the songs they tackle. These aren’t ironic lounge interpretations but heartfelt versions of familiar tunes that uncover new layers of the originals. Chan Polling, John Munson and Steve Roehm not only have their considerable backgrounds to draw on, but they also have half a dozen years and a trio of albums under their belts, giving the latest collection an extra layer of confidence. They find the depths in everything they touch here, from the Arcade Fire to Neil Young to the Talking Heads, and even breathe life into Harry Nilsson’s overplayed “One.”