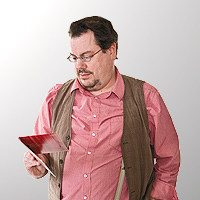 The all-star covers album is often a troubled beast. If the guest artists change things up too much, it can sound completely alien; hew too close, and you might as well listen to the original. For the most part, this collection navigates the troubled waters for a fun set that tackles a terrifically skilled songwriter. Most of the artists stick close to the original intent – if not the actual sound – of Holly’s pared-down rock ‘n’ roll and country, such as Paul McCartney sounding more like Jack White than himself on “It’s So Easy” or John Doe bringing all the twang he can muster on “Peggy Sue Got Married.” Modern artists also get into the fun, with Florence + Machine crafting a moody “Not Fade Away.”
Iceage
New Brigade

It’s pretty clear that punk isn’t going to die, as the style – like hop hop – constantly reinvents itself, merging with new sounds or traveling back to explore lost moments of the past. These Danish teens go way back into the (relative) past, evoking the moody and melodic rawness of early Joy Division and the first spark of post-punk on this 24-minute debut. True or not, low-fi recordings bring an inherent energy to them as you can tell the band is truly alive in the studio, hammering out the music seemingly as you listen. While there’s a lot of fuzz and noise on these tunes, there are also plenty of compelling melodies driving the dozen brief tunes on the collection that make you stop and listen.
Yacht
Shangri La

And now a bit of dance-pop perfection. The project of Pacific Northwest experimentalist Jona Bechtolt, Yacht bangs out sinewy dance anthems that mix the traditional electronic chill with touches of humanity. Their fifth album continues Bechtolt’s longtime exploration of utopia, prodding the topic in individual songs like “Paradise Engineering” and “Beam Me Up.” Adding vocal color to the music is Claire L. Evans, whose chilly delivery tempers the utopian cheer and adds a bit of unexpected venom to the album’s darker moments. Comparisons here are tough to make, as sometimes there’s an early (1977-78) Talking Heads vibe, mixed in with a bit of mid-period New Order and mixed together with the primitive electro pulse of Gary Numan or Kraftwerk. Oh hell, just give it a listen.

Gillian Welch
The Harrow & The Harvest

You can’t judge a book by its cover or an album by its sleeve, which is a bit of a shame in the case of Gillian Welch’s new set. Between the title, the font and the pen and ink illustration I was hoping this would be some kind of Fairport-Convention-style electric folk album. Instead, it has Welch traveling down a familiar aural path that has lost its edge over the past two decades. Welch’s dark tone has never bothered me, but her earlier albums had intensity and snap that is missing from these 10 tracks. Perhaps some of that can be laid at the feet of the protracted recording process, which took years. Or maybe Welch has run out of fresh things to say.