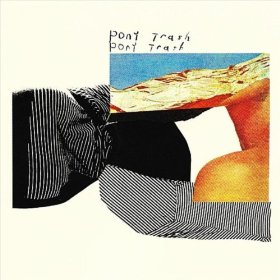 No sooner do I file my favorites for 2012 than I discover a whole pocket of recent local works that deserve some love. Pony Trash’s debut five-song ep certainly deserves a spot on my top 10 list. While this is the first time out for the band, the four musicians are no strangers to the local scene, playing for the likes of Polica, Gospel Gossip, STNNNG and the Chambermaids. While there are touches of these various acts, Pony Trash definitely has its own sound, with vast drenching waves of feedback over a groove that brings to mind the spare, moody sound of early 1970s Neil Young. The tracks here are only a taste, but opener “Submarine” is one of my favorite tracks of the year. 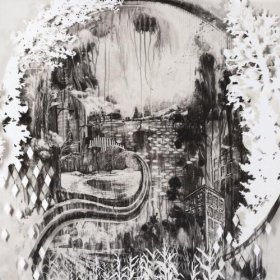 It says a lot about the depth of the Beatles catalogue that we are four volumes and there still hasn’t been a repeated song and there are still plenty of A-list tracks to choose. (To be fair, with a few exceptions, the Beatles library doesn’t really drop below the B+ level.) The 13 artists here work to put their own stamp on each tune. It’s a hard dance, but acts like Chastity Brown (“For No One”), Trampled by Turtles (“Baby’s in Black”) and Mark Joseph (a terrific “Baby You’re a Rich Man”) do it extremely well. Astronautalis goes one step further; bringing a punk-rock stomp to “Back in the U.S.S.R.” that makes it sound like a lost Stooges track. 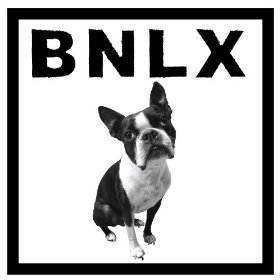 Ed and Ashley Ackerson are no strangers to the local music scene (Ed used to feed my music addiction at the Groove Monster in Dinkytown back in the dark days of college) and while LP is their full-length debut, the duo has issued seven eps under the name. That means BNLX comes out of the gate with plenty of confidence. They also know how to put together great, driving rock ‘n’ roll that takes cues from a myriad of styles that bring to mind everything from 1960s psychedelic to the poppier side of the Jesus and Mary Chain to the male/female vocals of X. For the full-length, the pair is joined by drummer David Jarnstrom, who provides a stronger backbeat than the drum machine used on the earlier eps.

Prissy Clerks
Bruise or Be Bruised

Born out of the breakup of Total Babe when Clara Sayler’s main band-mate left to concentrate on Howler, the Prissy Clerks join a long list of noisy, but poppy Twin Cities bands that goes back decades. The mix of Sayler’s sweet delivery and the fuzzed-out guitars is particularly beguiling, as are the short, sharp songs that make up the band’s debut. That doesn’t mean the band can’t slow down a bit, such as on “Losing Time,” but even that still has a nice, heavy wall of fuzz behind it. A lot of that comes from the rest of the band, including Howard Hamilton, Dylan Ritchie and accordionist Emily Lazear. It’s a great listen for lovers of garage rock, strong vocals and youthful exuberance.