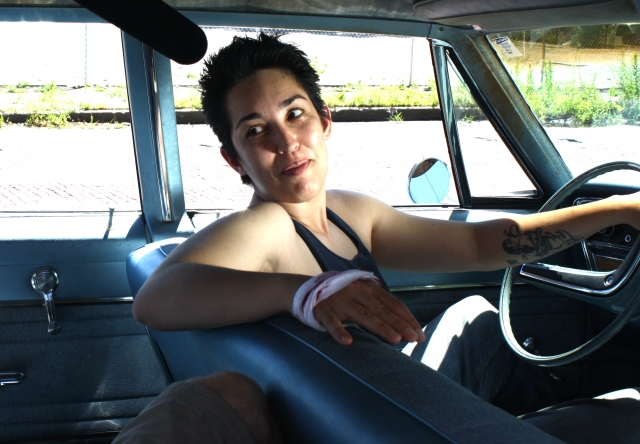 This year’s Minneapolis Underground Film Festival (MUFF) at St. Anthony Main includes some must-see queer fare. Local filmmaker Pam Colby’s masterful Fertile Ashes is inspired by the story of an underground lesbian bar in St. Paul, 1972. Mel Cruz-Lleras, Tawnya ‘Sweatpea’ Konobeck, and Catherine Krull (now Catherine Lleras) lead a cast that captures the grit, hustle, and flow of a time and subculture when lesbians were at the mercy of mafia and corrupt law enforcement and were supported by what was called The New Left at the time. Colby’s script is riveting and moreover, she directs her mostly female cast with a scrupulous eye to the period, the characters’ economic stress, butch/femme identity issues, and ethical challenges pertaining to lesbian sexuality. Politically correct and puritanical feminists may object to that, but Colby is refreshingly frank. Colby may also offend gay and lesbian assimilationists who don’t like to be reminded that lesbian liberation had beneficial connections with the antiwar movement in the Vietnam Era. To top it all off, Adam Olson’s photography serves the style and grit splendidly.

From Germany, Heavy Girls blows the lid off gay male cinema. You won’t see buff, beefy, self-absorbed chatty Kathies, like one sees in so, if not too many gay films, but you will see two big men who do not qualify as sexy in Western culture. Sven (Heiko Pinkowski) has an aging mother. Daniel (Peter Trabner) is her caretaker and is married to a woman with whom they have a son. It’s emotions and shared experience that bring the men together and HRC types who want to rave on about ‘well why doesn’t the married guy just come out’ may actually have to be mature and realize that life doesn’t always serve that ideal. As Heavy Girls shows us, being gay or homosexual or bisexual are layered and complex phenomenons – the signals of attraction between men are often maddeningly muted. Director Axel Ranisch has created a groundbreaking gay masterpiece that is to be treasured. It’s a film the glbt community really needs to get inside its collective head to balance out all the supermodel images that gay men are drenched with. Pinkowski and Trabner’s intimate and vulnerable performances should be seen by everyone. 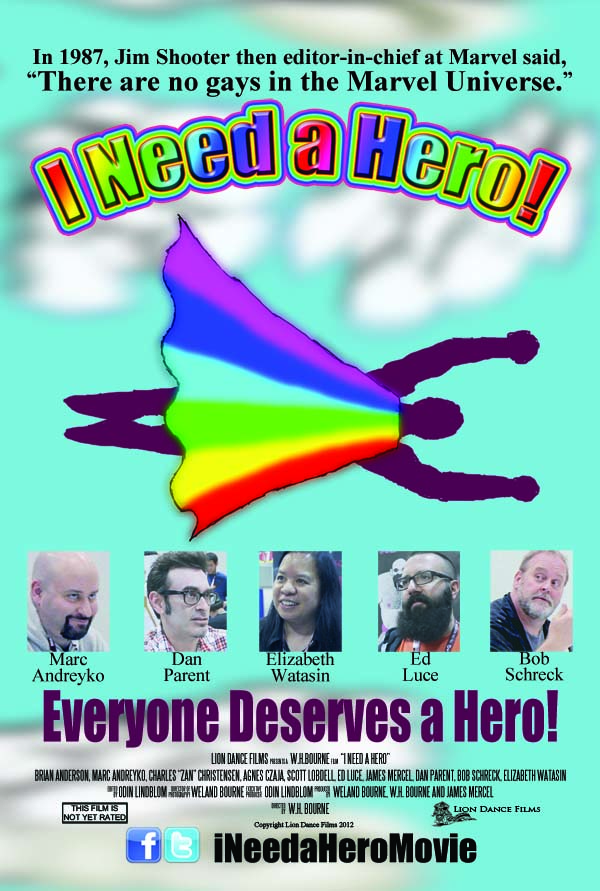 I Need A Hero, W.H. Bourne’s documentary on queer representation in comic books, is richly informative and brings to mind how integral comics have become to popular culture, hence, mainstream consciousness. It’s packed with absorbing content about how the comic series Alpha Flight insidiously put forth the idea of a lethal gay virus. There’s an account of how publishers have arrogantly justified relegating lesbian comics, with no sexual content, to porn sections of book stores. Also discussed, is the struggle behind getting the gay Green Lantern gay youth character Terry Berg on the page and a controversy over a kiss. And in an optimistic vein, Bourne’s film acknowledges the expansion of trans comics that speak to trans lives. (Here’s an important bit of trivia: former editor-in-chief of Marvel Comics and editor of Valiant Comics, Jim Shooter, once said “there are no gay characters in the Marvel universe.”) 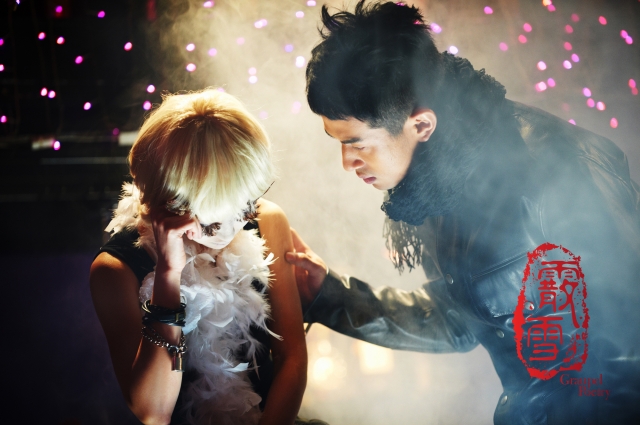 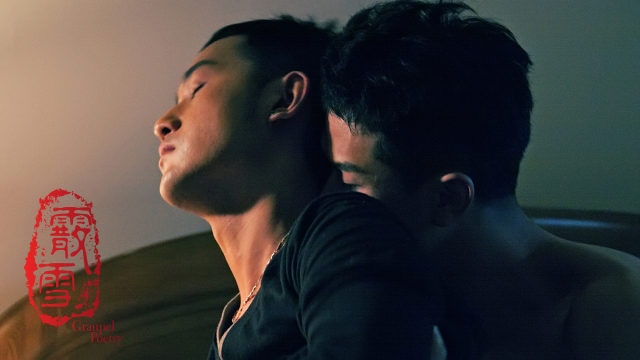 From Hong Kong, director Bruce Saxway has crafted a fascinating mindbender titled Graupel Poetry. Two actors and an actress play out roles that depict situations around relationships. Then the same actors also switch the roles, or so it seems, with dialogue and situations we previously saw them portray. Therefore, this probing film has a gay, bisexual, and heterosexual interplay that compels the viewer, no matter how advanced they are in their comfort over their own orientation, to frankly look at how they might side with one character in a given situation and not with the other actor or actress in the same situation. It reminds us that we all have our own unexamined stereotypes, signifiers, and prejudices. Saxway knows what he’s doing and I say this because too often, filmmakers go surreal and nonlinear with the idea that they’re creating something ingenious when in reality, they’re just making a mess. But Saxway penetrates how we think we perceive things and Graupel Poetry will benefit any attentive viewer. He also succeeds as well as just about any filmmaker I can think of on depicting the concept that dream time and corporeal time fluctuate between two dimensions of reality. 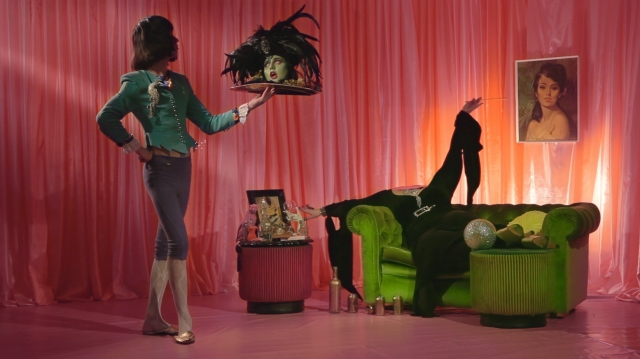