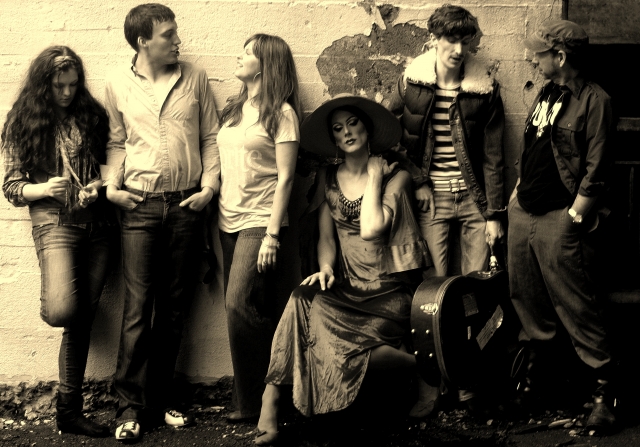 The Mechanical Division has done plays with gay characters, but this year the independent acting troupe has set Fringe sights on the Marriage Amendment, and 100% of their net profits will go to Minnesotans United For All Families. Core member and actor Patrick Kozicky shares, “Instead of preaching to the choir about what it means to be gay, our show dives into what many right-wing voters perceive to be ‘the gay lifestyle,’ but which simply isn’t true. We have created an over-the-top comedy about what life would be like if homosexuals really were ‘destroying the American family.'” The ideas are borne out of a Lewis Black comedy bit wherein a group of gay bandits sashay across the country. The Mechanical Division has the show’s central family, the Millers, interpret their experiences as lewd examples of “extreme gayness.” Other artists involved are Chris and Tom Karki, Bobby Gardner, Ben Thietje, and Sarah Bizek.

That wonderful singer-songwriter Rachel Nelson enters into local lesbian history and personal history in her latest. She says, “everyone has their own reasons for hiding in the city. My reason was realizing I was queer and not knowing what to do about it. Beginning with denial, then alcohol, I finally found the wider community connection that would affirm my lesbian identity after I sobered up. This part of my story has Twin Cities lesbian history in it, including the Women’s Coffeehouse in Minneapolis and Mama’s Apron String Band, which I was a part of, including doing those ‘non-gender-specific’ square dance calls referred to in my show. My friend Petra from Mama’s is the one who introduced me to street busking, and that experience taught me a lot about connecting with a wider range of folks and still maintaining my own identity.” 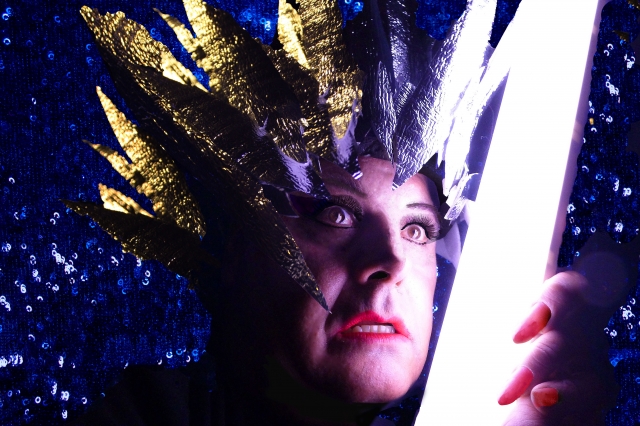 Dennis LeFebvre is a great master of camp comedy, both as a writer and as a performer. His crossgender role of Kitty Williams is inspired by Shelley Winters, but she’s also reminiscent of Susan Hayward. In her latest escapade, a “lifestyle conglomerate” threatens to enslave Kitty’s reptilian inter-species family in the midst of a replicant revolution on the planet Klingoff. A character named Ernest Borg 9 questions what it is to be human and what price we humans are willing to pay for luxury goods. LeFebvre has an affinity for ’50s style sci-fi and thrillers. Directed by Jim Lichtscheidl.

It’s the fabled Greenwich Village street that defined the Stonewall Era and the title of one of the great gay magazines of that time, too. This new musical, created by Martino Mayotte and Seth Gabriel who have been partners for seven years, imagines the time between the Stonewall uprising of 1969 and the onset of the AIDS epidemic in the early ’80s. The Village was a place where people who were different could come to terms with themselves or, as was said in that day: “find themselves.”  Mayotte and Gabriel play two drag hostesses. Mayotte says, “I wanted it to be a show that people who feel uncomfortable with the community could watch and not feel isolated or uncomfortable—a gay show my Pentecostal parents could love.”

Playwright Robin Fulford meditates on the 1985 murder of a gay man in a Toronto park. Perspectives of the victim, the perpetrators, and others who may have influenced the crime are played out by four actors. Director Scott Gilbert directs with an eye to the lethal potential of groupthink infusing four young men. David Schneider is the fight choreographer, and Dieter Poppin composed the music. Jay Kistler, D.J. Gierhart, Myles Wendt, and John Potter play multiple roles.

Wilson Loria’s newest solo show is about a nun and a hoodlum who elope. He shares, “I mainly discuss authority and a religious woman’s sexual desire. I play both characters, but my nun has nothing to do with the nun in, say, Late Night Catechism, or some other funny show depicting nuns. The characters embody the psychic energies of the sacred and the profane and how they interact. I have text and dance, and it is for everybody.” The Habit also taps into thoughts about astrology and biblical references such as Lot’s wife, which connects to the show’s portrayal of a nursing sister tempted to break her vows in order to fulfill her desires. Loria also ponders the notion that perhaps we are just figments of one another’s imagination. 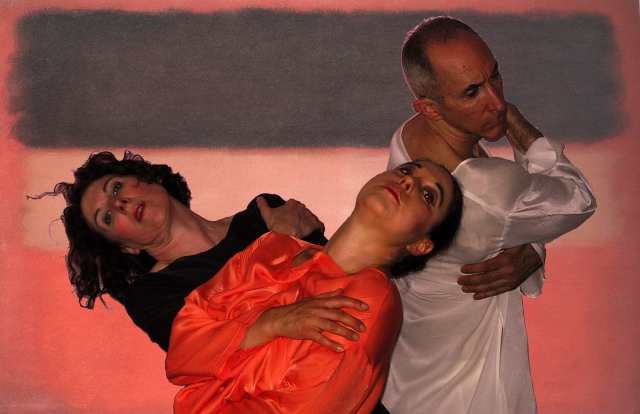 Between. Photo by Ray Terrill.

Classical-modernist Ray Terrill choreographs Jim Lieberthal in “Untitled: Number 1, 2012,” one of the selections in this grouping of dance pieces. They put the mystery of Mark Rothko paintings into dance form. Another piece titled “Litany” performed at last year’s Chicago Fringe Fest. Lieberthal calls the experience with Terrill “graceful, as well as intense.” Dancer Paulette Mattson, who has danced with Terrill for a decade, calls his work “a journey” that comes from feelings and movement.

Bisexual solo performer Tonya Jone Miller has received accolades in Florida for this story about her mother’s experience in Vietnam when the US was at war there. Donna Miller went to Vietnam alone to teach English at the Buddhist University of Saigon. She was held at gunpoint on her first night there, and she eventually adopted a family of orphans. The performer says that ultimately, the show is “about how random people and events nudge each of us along our path in life. At the time, perhaps you don’t realize it’s happening, but looking back, you can see the beauty of how everything came together to bring us to this moment.”

The Transatlantic Love Affair ensemble is uncannily fitting for our summer of drought because it’s inspired by the Dust Bowl of the Great Depression of the 1930s. Co-Artistic Director Diogo Lopes, who hails from Portugal, says, “It has been fascinating to learn about these hard times in American history. The discovery of the sounds of the slide guitar and the American spirituals has also been inspiring. Our work is characterized by a precise and playful physical work of the performers, which creates the world, land- and sound-scape, and characters of the play. We use no sets or props. No performer ever leaves the stage or changes costume. Through our own imaginations, we spark the imagination of our audience to see the world we have created—in this case, the plains and farmland of the American Dust Bowl.”

Ensemble member Allison Witham gets to play a range of roles, including a hyper-feminine stepsister and a rocking chair. She adds that the show has “dashes of American heartland history and the coming age of feminism.” 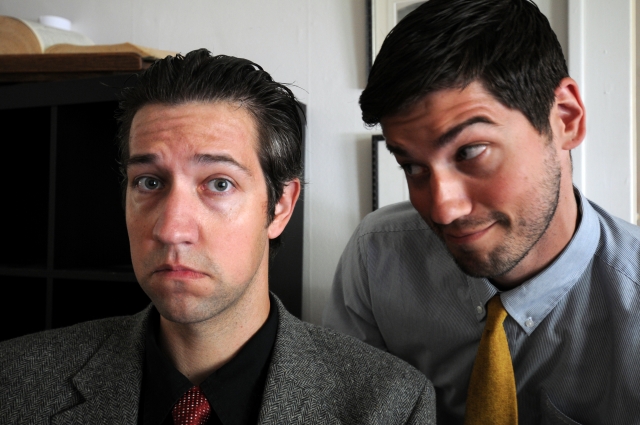 Former Harvard sociology lecturer, author of Sociology for Dummies, and current local critic, Jay Gabler has written a play which he calls “a brief but intense encounter between two real-life sociologists who were giants in the field during the Cold War—a time when social organization was a matter of urgent international concern. The play is set in 1960, in the Harvard office of sociologist Talcott Parsons (1902-1979). A staunch defender of the status quo, he believed that capitalist democracy should and would spread across the globe. C. Wright Mills (1916-1962) was a young and charismatic upstart, a Marxist who believed that the ‘power elite’ who controlled America should be overthrown and a more equitable society established.” Jay plays Parsons, and his brother Joe Gabler plays Mills in this fictional meeting of minds. 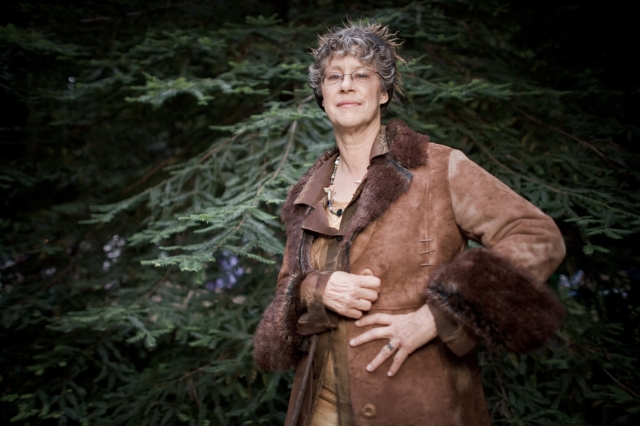 Elaine Rauner in Pilgrimage: Why I’m not an Indian. Parts 1 and 2. Photo by Michael Rauner.

Elaine Magree on her solo show: “The sweet water and comic relief of the play comes from my long-term queer relationship. Our love—our kind regard for each other—is that softness in an otherwise pretty harsh but often hilarious landscape. I am out in the play and publicity. I was an early pioneer of donor insemination referenced in the play. Our son is 32. He claims being a turkey baster baby has ruined Thanksgiving for him forever.” 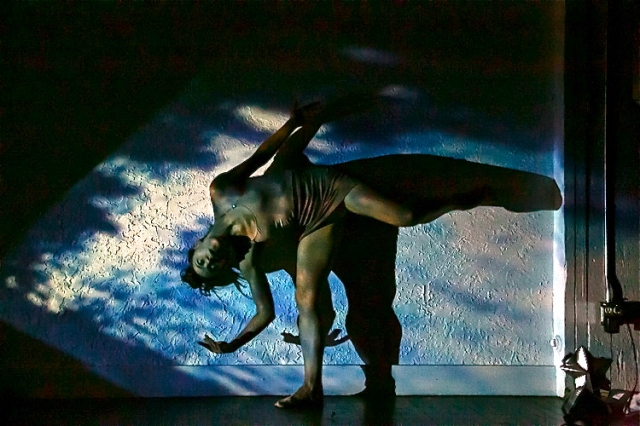 Dancer Tamara Ober, known for her work with the acclaimed Zenon troupe, reflects on the suffering of soldiers of the Vietnam War and the specter of Agent Orange inspired by her own family’s experience with it. Agent Orange (a mixture of chemical herbicides, defoliants, and jet fuel) was dumped by the American military on rural areas of Cambodia, Vietnam, and Laos, home of the Hmongs, with the intention of destroying wooded areas so that communist guerrillas would have no place to hide. It was also meant to drive rural folks into the cities. Aside from wrecking those people’s livelihoods, many of them contracted cancer as a result, as did many American military men who were part of the Agent Orange process. As with the current war policy, both American political parties sanctioned this policy which lasted 10 years. It also reinforces suspicions about the man-made aspect of certain diseases that have arisen in recent decades.

The Naked I: Wide Open—Abridged!

20% Theatre reprises their popular short plays about gender and otherness. Not all the pieces in the original sold-out presentations will be remounted given the Fringe’s time constraints. But given that some of the previous pieces were strong pieces, it’s apt to be a worthwhile look at queerness.

Blank Slate Theatre has shaped some of the richest youth collaborations about sexual issues of any theater in recent years. They always deliver thought-provoking work that reminds us of what it was like to deal with sexuality in youth and perhaps get in touch with who we once were. Moreover, these artists don’t settle for whatever the current conventional conclusions are about given issues. Analyzing The Bully actually compels us to understand bullying from the bully’s perspective. If you simply write someone off as bad or your enemy, then you’ve possibly cut yourself off from understanding them, hence, coming to grips with the problem they present. 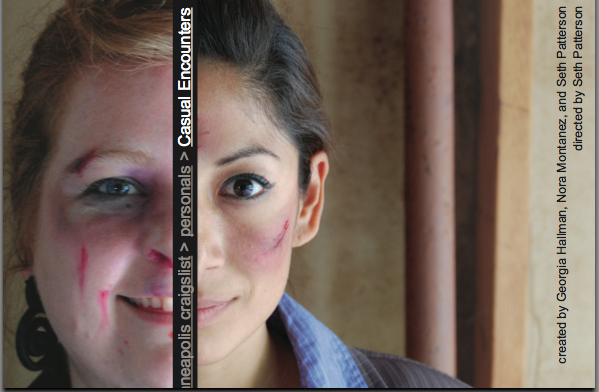 Nora Montanez and Georgia Hallman have written and act in this play about two women who start a female Fight Club. It’s bound to put forth questions about violence and femininity that will cause controversy. Directed by Seth Patterson.

On the Differences Between Two Ladies and the Resolution Thereof. Photo by Leora Effinger-Weintraub.

On the Differences Between Two Ladies and the Resolution Thereof