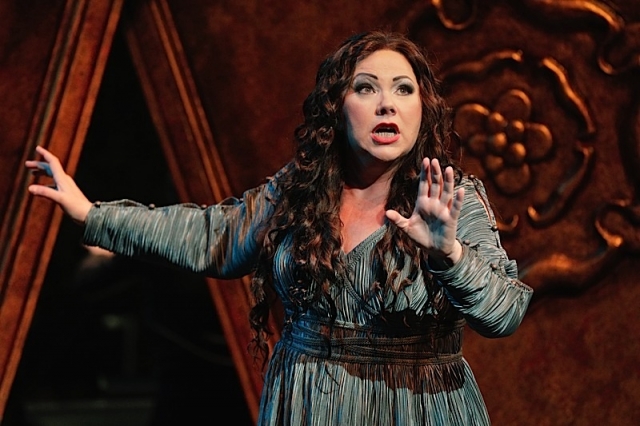 Sabine Hogrefe utterly soars in the title soprano role of Minnesota Opera’s Elektra at Ordway Center. She jolts with primal power and cavernous emotion as a daughter understandably consumed rage over her adulterous mother, Queen Klytaemnestra, and her lover Aegisth’s murder of her father, King Agamemnon. In the ancient Trojan War context, the father-husband offers his youngest daughter, Iphighenia, as a sacrifice to the gods as supplication for military victory—a religiously acceptable form of murder. Her sin of nonmonogamy notwithstanding, one can still relate to Klytaemnestra’s vengeful rage over the ritual slaughter of her offspring. When military commander Aeschylus and Sophocles of Oedipus Rex/Antigone fame, write about this dissonant family in the fifth century BC, it connotes a major consciousness shifting against human sacrifice. 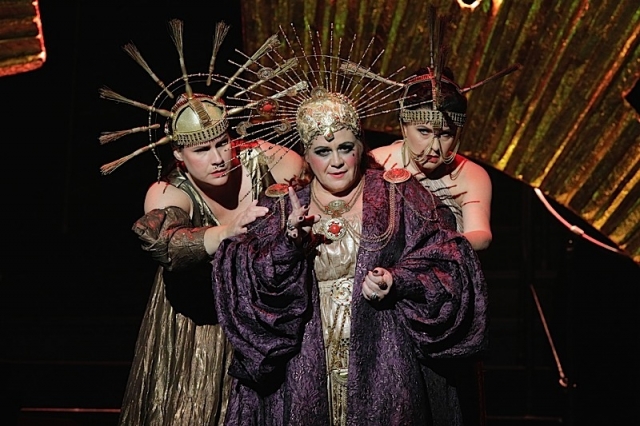 In order for this 1909 opera composed by Richard Strauss with libretto by Hugo von Hofmannstahl from his 1903 play, to properly succeed it must be anchored by stupendous voices and larger than life portrayals to lift it to the mega-heights it depicts. Director-set designer Brian Staufenbiel and conductor Elias Grandy have achieved this magnificently. 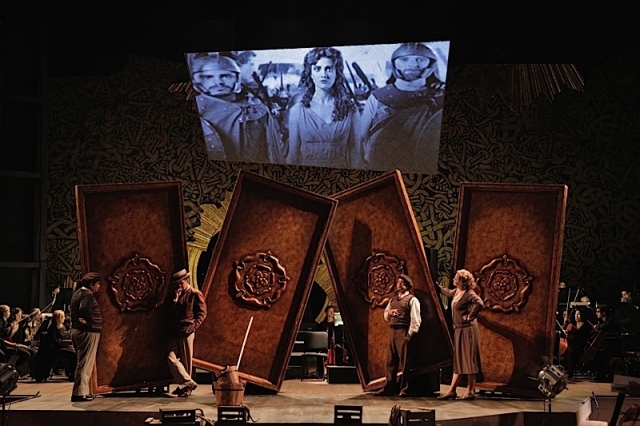 Staufenbiel has deftly juxtaposed the ancient setting with a studio crew in Weimar Germany that shoots the opera as a film. Moreover, the Ordway audience not only beholds these two settings but two others:
1. A silent film version on a screen up and above the playing area on stage designed by David Murakami with historically uncanny majesty. It includes original footage from Manfred Noa’s Helena de troya.
2. Grandy’s impeccable orchestra playing seamlessly and celestially, also right upon the stage. Miraculously, as if commanded by the gods and goddesses themselves, these four dimensions cohere with transcendence. 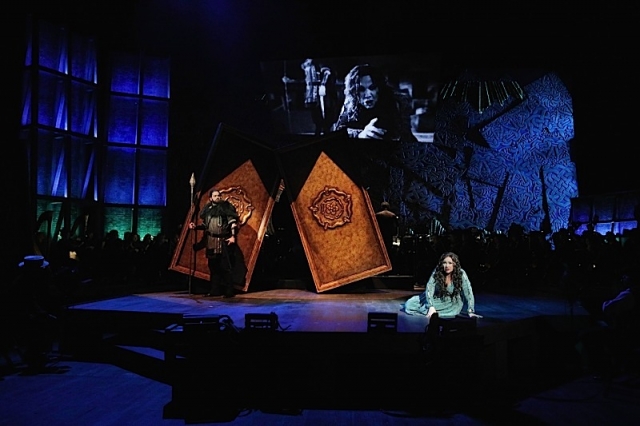 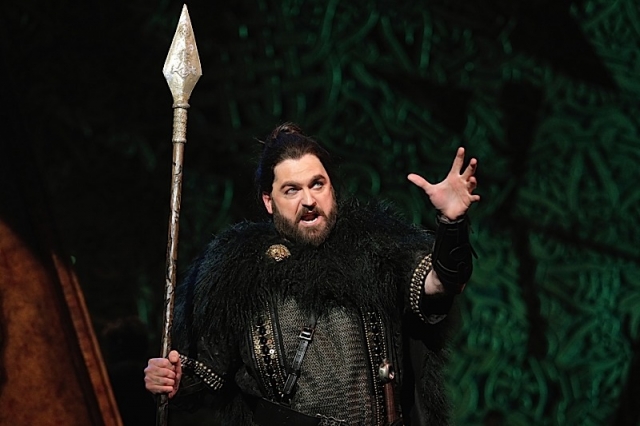 Musical exhilaration thunders throughout this staggering Elektra. All vocals are superb—every single performer. Soprano extraordinaire Marcy Stonikas astounds with gorgeously moving vocal power as Chrysothemis in a wrenching turn as the protagonist’s agonized sister. Mezzo-soprano Jill Grove is marvelous as the nightmare-haunted Klytaemnestra. This Elektra is surely a definitive one and one of the most exciting and spectral opera productions of recent years. At times you may have to catch your heart before it jumps out of your throat! That’s how thrilling this production is!
Elektra
Through Oct. 13
Ordway Center for the Performing Arts, 345 Washington St., St. Paul
612-333-6669
mnopera.org