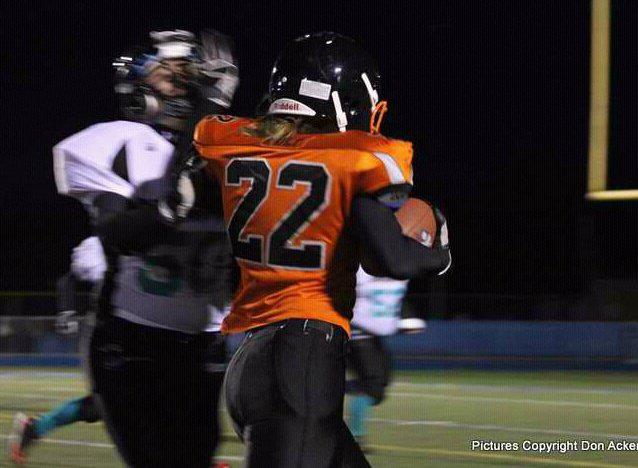 Of the four kids in my family, I was probably the most athletic, even growing up with three brothers.  In rural Wisconsin, there wasn’t a lot to do in the summers or after school other than play sports.  I played Little League Baseball until someone organized girls softball and went to one or two basketball camps every summer.  Basketball and softball are the sources of some of my best childhood memories.  But every fall, while my teammates played volleyball or tennis, I stood aside enviously as the boys were able to play the one sport I wanted to play the most:  football.

Yes, now I have a team.  A women’s tackle football team, to be exact, and it’s a damn good one.  Did you even know that women’s tackle football existed?  I play Defensive End for the Minnesota Machine, which is one of 64 teams in the Women’s Football Alliance (“WFA”).  Nope, we are NOT the girls who run around in our underwear, playing 7-v- 7 and getting MTV airtime.

Our team is comprised of women from the age of 18 to the upper 40s. We represent women of all shapes, sizes, colors, ethnicities, backgrounds, and experience. We help each other grow, learn, mature, and develop as players, but even more importantly, as individuals. We have grown from strangers to acquaintances; from friends into a family. Throughout it all, however, we have had one thing in common: the desire to COMPETE.

We play full pads, full uniforms, 11-v-11, by NFL rules.  We have coaches who are former NFL, semi-professional and college athletes.  Many of our very own players are former Division 1 and II college athletes who participated in sports such as soccer, hockey and basketball.  And then there are some who hadn’t played anything since high school, like myself, but still have the ambition.  Still have the drive to succeed.  Still have the desire to compete in something that we were previously denied.

I see football as the final frontier in our battle for equality in sports.  Football has replaced baseball as America’s game; it’s the ultimate form of aggression and masculinity.  (Except for maybe mixed martial arts, which some of our women are also involved with.)  Women are redefining football as something that showcases femininity at its strongest.

Have you ever seen a girl out-jump her defenders to pull in a ball with one hand a la Larry Fitzgerald?  Then you haven’t met Becky Bouwman.  Would you expect a former college soccer star, having never touched a football in her life to stiff-arm defenders and rush for 147 yards in her second game?  See:  Sara Wolf.  And then there’s Heather Baker, our two time All-American line(wo)men, who’s been warned for “excessive blocking.”  We regularly surprise the refs. 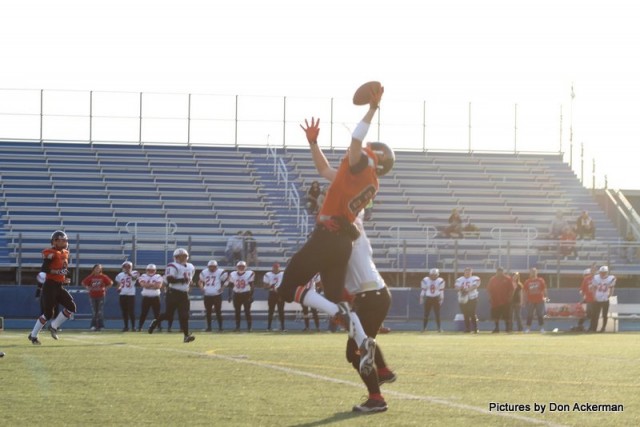 Our first game is on Saturday, April 21st at 7pm in the Twin Cities.  Please check the website for the location.  We won’t be on MTV, but I bet you and your kids would still love to watch.

Want to play?  Or sponsor?  Volunteer or just check us out?  Email us at [email protected], look us up on Facebook, or find us on the web at www.mnmachine.com.

After seeing one of our games, I guarantee you’ll never think of the phrase “Play like a girl” the same again.