The Minnesota Fringe Festival always reverberates with queer subject matter and that which challenges gender norms. This year is no different and it seems to percolate with an added charge of queerness given this is the 50th Anniversary of the Stonewall Riots and the Third Anniversary of the Pulse Massacre. There are also some offerings that aren’t queer in substance but will surely stimulate. Most productions last no more than one hour and are presented at various Minneapolis-St. Paul Venues. 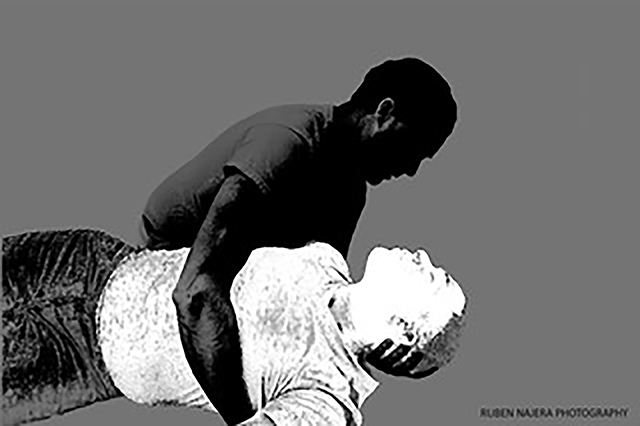 First Comes Love, Theatre in The Round, Minneapolis

Three years ago, shooter Omar Mir Seddique, a.k.a. Omar Mateen, committed the deadliest crime ever on U.S. soil up to that time. His Pulse Massacre is still the worst mass murder of GLBT people in American history. Playwright Stephanie M. Hipple visited Orlando’s Lake Eola and relates, “Where the community had spontaneously set up candles around the edge of the lake as a memorial. It was late in the evening and each trumpeter swan, floated in front of each candle, their head bowed, as far as the eye could see, in an extraordinary tribute to those souls lost and injured at Pulse.” 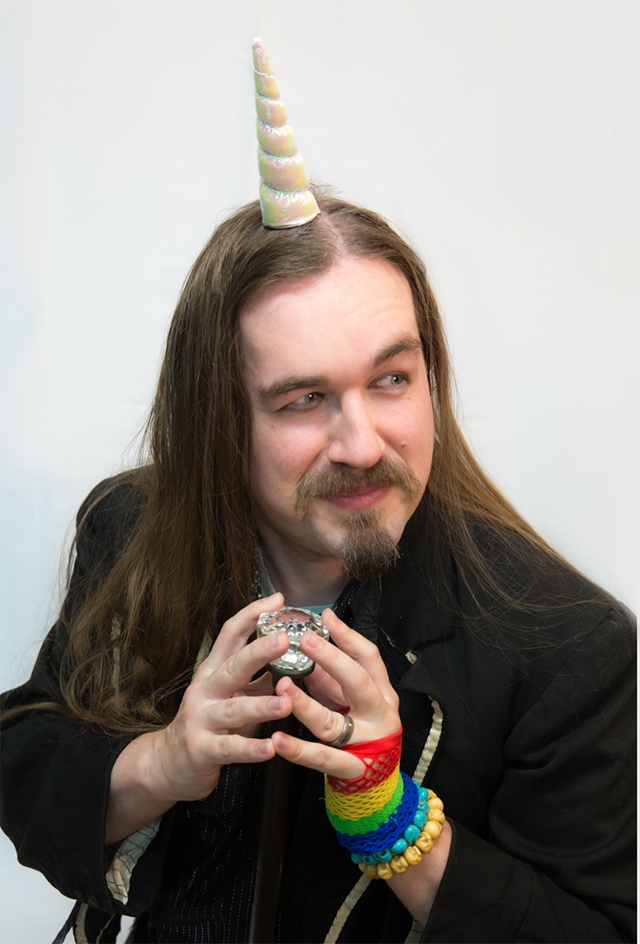 The Bisexual Unicorn and Other Mythological Creatures, Theatre in the Round, Minneapolis

Described as “a menagerie of LGBT+ individuals” who perform circus acts and tell their stories in a big top setting: balancing acts, magic tricks, clowning, and poi dancing. Brian Watson Jones plays the ringleader. Producer Jena Young says, “I’ve actually been wait-listed for over 10 years now—it’s a kind of joke. I came up with the concept for this particular show five years ago, and have been submitting it ever since. It’s just such an important show, dealing with how those of us in the community feel the need to perform our letters, or put ourselves on display. I wanted to give people an opportunity to share their experiences and five years later, I finally can.”

Xena and Gabrielle Smash the Patriarchy, Theatre in the Round, Minneapolis

Producer-performer Ariel Leaf shares, “We all long for a hero, a female hero, and a queer icon to call our own. While Xena and Gabrielle’s relationship was never defined, they were embraced by the queer community who saw a thriving love in their fierce battles and steamy baths together. While there are many ways to ‘smash the patriarchy’, we choose to focus on the more subtle and insidious; those hiding within our ‘safe spaces’. A threat from within can splinter and divide communities, and often cause more harm than outsider forces.”

One of Minnesota Fringe’s iconic presenters is the dazzlingly queer Marvel Ann Theater. Imagine a piano bar at closing time when a 50 year historical perspective suddenly emerges. This tribute to the 50th Anniversary of the Stonewall Riots brings perspectives from five generations. Raine Hokan (All About Steve), the director and curator of Mighty Real shares that what began as “a storytelling piece has now evolved into a full ensemble-driven narrative. Although Dan Barth and I wove together the through-story, all of these tales are true and deepened by the individual performers who lived them.” 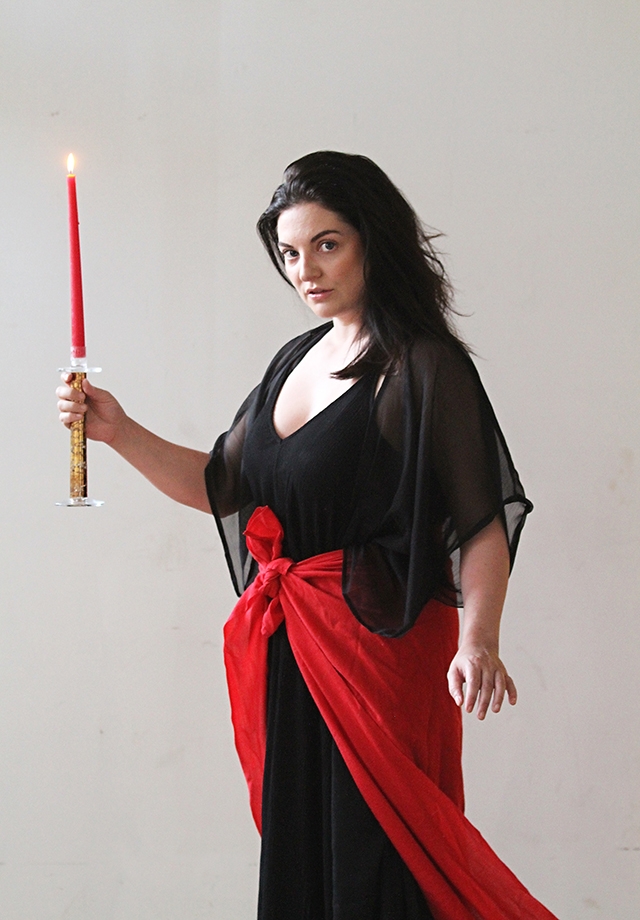 Presented by Full Circle Theatre Company, which recently gave us the beguiling Caught at Dowling Studio. Martha B. Johnson directs two new works in development, which you can see in one sitting one right after the other. She shares, “While each piece provides a powerful contrast and foil to the other, deep resonances surprisingly emerge. Glass, written by first -time playwright Lindsey Bushnell, is a dystopian, feminist absurdist play about women trapped behind glass. Lady M. is re-envisioning of Lady Macbeth’s iconic sleepwalking scene, evoking themes of remorse, reparations, and redemption in terms of American history. Two artists in our team are members of the LGBT community.”

You can experience physical theater, GLBT content, live original and choral music as a collegiate choir journeys across the U.S. for their annual tour. Actor Alex Van Loh shares, “I’m excited to take a trip down memory lane by heading back to my choir days. And to do so as a character with a story and background similar to mine is such a cool opportunity. They show does a great job of bringing all these unique voices and perspectives together and allowing them to blend both narratively and vocally.”

Set in Ireland in 1989, two heterosexual married couples. There’s a playwright with writer’s block and his wife who runs the Bed and Breakfast where they live. There’s also a breeder of sheep and border collies married to a woman who runs the local pub. Written by Kevin Bowen and Lynn Bowen, this “dramedy” looks at challenges caused by government and religious restrictions where divorce was still illegal in 1989. Divorce options had been available for centuries in Ireland until 1937 until the passage of a new constitution denied couples the right to file for divorce.

Director Martina Marraccino says, “Our show is trying to create a space for kids of all kinds to feel safe and empowered to be them and to present themselves to the world however feels right. We want queer and non-queer kids alike to come out of the show having had a great time but also with some helpful nuggets on how to deal with some of the difficult or uncomfortable situations that kids often face. From being left out on social media, to same-sex parents, to to wanting to be a mermaid, Super Drag Story Time has something for everyone. Come as you are, or come dressed to impress!”

British storyteller and standup Gerard Harris has gleaned much from his experience in therapy. This piece is said to address Head v. Heart, Love v. Fear, Jews vs. Lobsters, Bulldogs vs. IQ Tests, and perhaps most important of all, You vs. The Stories You’ve Been Telling Yourself. Harris identifies as a heterosexual British-Canadian-South African Jewish guy who also includes some GLBT content. He has been reviewed very favorably and has been compared to Woody Allen and Robin Williams.

Zaraawar Mistry shares, “I have created many one-person shows, but when I created the persona of Dr. Deep in 2015, it was a significant departure for me as it was the first time I had attempted to write a comedy. Dr. Deep is a fictional, extremely successful new-age philosopher and the show satirizes the various South Asian Indian beliefs and practices, and the contemporary trends in psychology and neuroscience, that have influenced the multi-million dollar industry of new-age spirituality and well being in America.”

Kelly Danger, who plays the role of an A.I. robot, says, “The role of Athena is wholly unique in my experience as an actress: a character who is not motivated by love, or relationships, who does not seek power or wealth; a truly neutral being who must navigate through the chaos of humanity. I love being a part of this unique take on relationships and morality.”

Can I Borrow Your Poop?, Strike Theater

Amie Durenberger looks at living with an undiagnosed chronic illness. Storytelling, stand-up, and musical comedy are used to comment on misogyny in medicine, alternative health options. She shares, “Four years ago I went on a trip, caught a parasite, and my life has never been the same! It’s been an unfortunate experience, for sure, but I wanted to make a show that focused on the humor, the absurdity, and the unexpected parts of losing your health instead of the trauma. I would definitely say the tone of the show is glass half full, even if the water in that cup happens to be contaminated with parasites.”