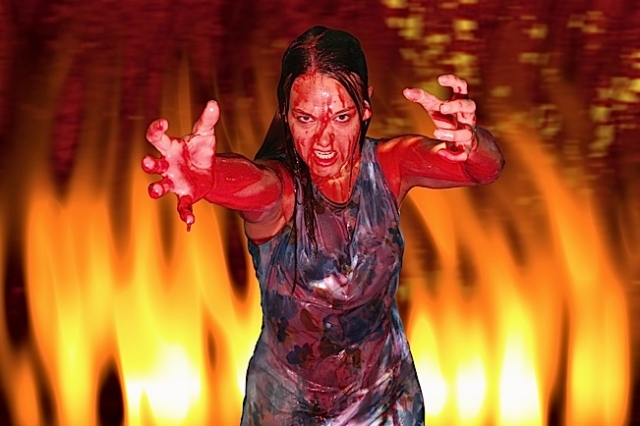 Minneapolis Musical Theatre and Hennepin Theatre Trust have staged a compelling production of what may be the consummate musical about bullying and vengeance at the New Century Theatre: Carrie the Musical, based on Stephen King’s novel. The story has a particular resonance today with the open concern for bullying among kids, something not as fully acknowledged in the 1970s when the novel and the Sissy Spacek film were such hits. (Though these earlier incarnations must be gratefully acknowledged for pre-paving the understandings we have integrated since then.) Lawrence D. Cohen’s book, Michael Gore’s music, and Dean Pitchford’s lyrics honor the humanity of high school outcast, Carrie, rather than play up what some would call her weirdness. 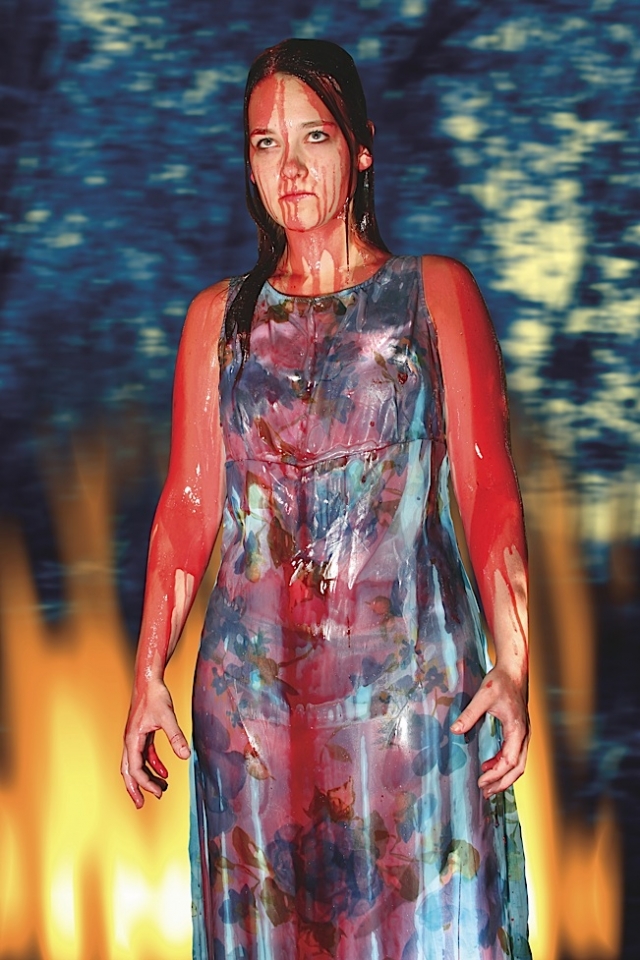 Jill Iverson’s touching title role performance is beautifully delicate at times, which makes her ultimate grotesque transformation into vengeance incarnate all the more unsettling and tragic. In being theatrical, rather than cinematic, the show takes on dimensions reminiscent of classic drama. This is further supported by Lori Maxwell’s superb performance as Carrie’s religious fanatic mother. Maxwell reveals the profound insecurities that lead wounded souls to such extremism. Rebecca Gebhart, Natalie Schleusner, and Phillip C. Matthews add excellent variation to Carrie’s high school peer group. Directed with compassion and insight by Stephen Meerdink.