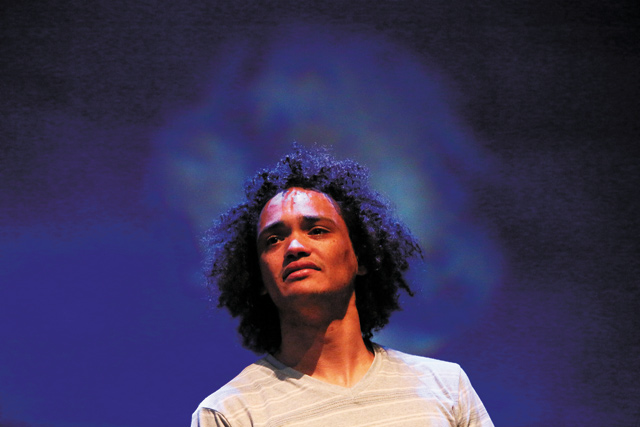 Tarell Alvin McCraney’s Brother/Sister Trilogy has become one of the major dramatic works of the current era. Pillsbury House and the Mount Curve Company co-produced the first two plays at the Guthrie’s Dowling Studio. Now they are presenting the final and best of the three in the same venue by the same director, OBIE-winner Marion McClinton. You do not have to have seen the previous two to fully comprehend and appreciate this last and best play, Marcus; or the Secret of Sweet, the story of a teenager coming to grips with his homosexual side.

Title role actor Nathan Barlow relates, “Because of the way this play is written, it seems to me that McCraney wishes to do more than just recall his journey of ‘coming out.’ This play is arranged in a way that not only explores that, but quite bluntly calls into question the powers within society that may have kept him from feeling comfortable about his own sexual desires. Less than half-way through the play, Marcus speaks to the audience and gives the impression that he is entirely aware of his own sexuality.  What he doesn’t know is ‘how to play it,’ because he hasn’t been around enough people in his life ‘like him.’ Throughout the play, the audience is witnessing Marcus come to terms with his own agency as an individual that has always existed, but which society has hidden from him. Therefore, the play becomes more about Marcus coming into his own as an adult in general, rather than just coming to terms with his sexuality.”

McClinton points out that homophobia is an issue with much of the black community, especially in rural areas such as McCraney’s isolated Louisiana setting. He says that at one time, his own attitudes about gayness were not so positive, but that when he entered the theater world he came to value gay peoples’ contributions. He has also consciously raised his son without standard homophobic indoctrination. He calls GLBT rights the Civil Rights Movement of the 21st Century and stresses the importance of “accepting and acknowledging each other’s humanity. Marcus is a 16-year-old who is fighting his community. He says I accept me and I’m ready to face the storm.” 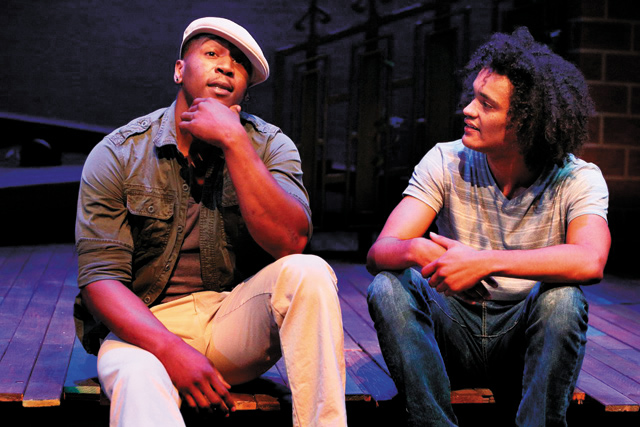 Though Marcus’s mother, Oba, seems to be a headwind in that storm, Jamila Anderson, who plays that role makes a crucial point. She observes that “Oba’s concern for Marcus is ultimately for his well-being, his safety. As his only parent, she holds tight to him. She is doing everything she can as a mother to try and prepare him for the world. She is already afraid for him because he’s a black boy in the South. She acknowledges that he is ‘soft’ but I don’t think that her subtle denial of his homosexuality is because she’s homophobic. I  believe it is because she doesn’t want his life to be even harder as a man, as a black man, than it’s already going to be. ”

Barlow finds that being a straight actor playing Marcus is illuminating. He says, “As a heterosexual doing this play, I have realized how oppressive labels can be. Hetero-normativity is a very real thing, and I am extremely happy to be doing work that takes a clear stand against it. I will say that the only real difference between Marcus and me is that I find myself attracted to women. That does not mean that we behave differently, or in a way, are ‘different’ from each other at our cores. We both desire intimacy, we both desire to be cared for, and we both want to exist in society as our authentic selves without constantly being told we are ‘abnormal.'”