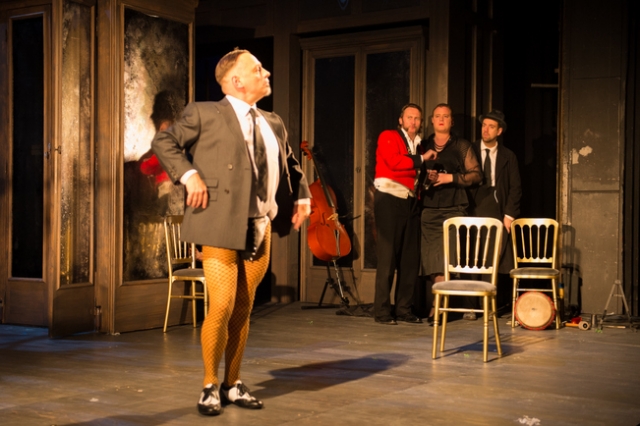 William Shakespeare’s crossgender roles have been a source of comedy and insight for 400 plus years. It’s timelessly funny to see a woman disguising herself as a man in order to make her way in the world. The disguised woman may enter a realm otherwise disallowed to her and what she sees there can be scandalous, heartbreaking, dangerous, or just downright hilarious.

London’s all male Propeller troupe soon closes its Guthrie Theater run of what may be the most complex of the bard’s trans comedies, Twelfth Night or What You Will. We see women played by men disguised a men. 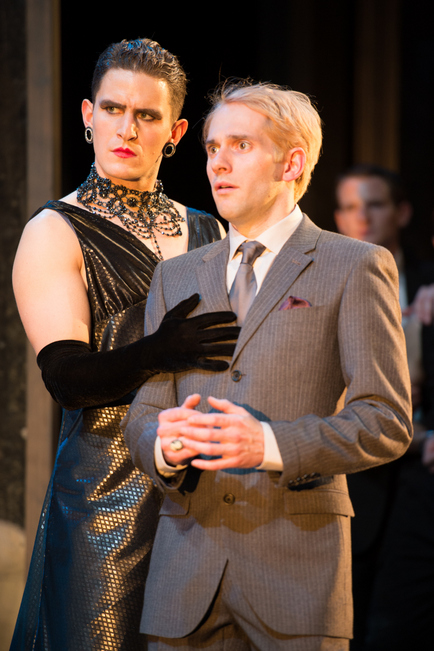 Too often productions of this 410-or-so-year-old play emphasize one subplot over another and fail to weave the complexities together. But director Edward Hall has shaped the various relationships into a coherent whole that moves and amazes. Joseph Chance as Viola, the shipwrecked maiden who dons male attire, Ben Allen as noble woman Olivia, and the sparkling Gary Shelford as the wiley Maria, give terrific performances. In Shakespeare’s Elizabethan era, only men were allowed to play women on stage. Propeller explores that archaic tradition with seriousness. Twelfth Night runs alternately with their The Taming of The Shrew (discussed here with Propeller). Neither production can be said to be campy. The women’s roles are rendered credibly and beautifully. 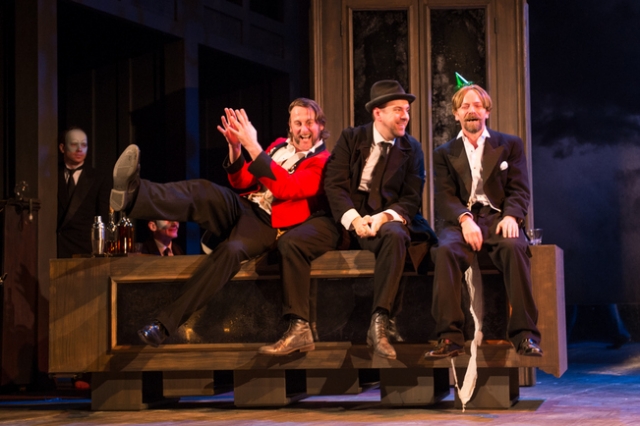