“Matilda” Champions The Life of the Mind at the Orpheum 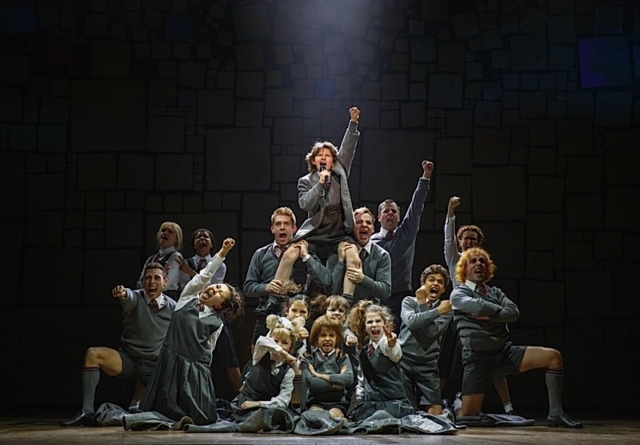 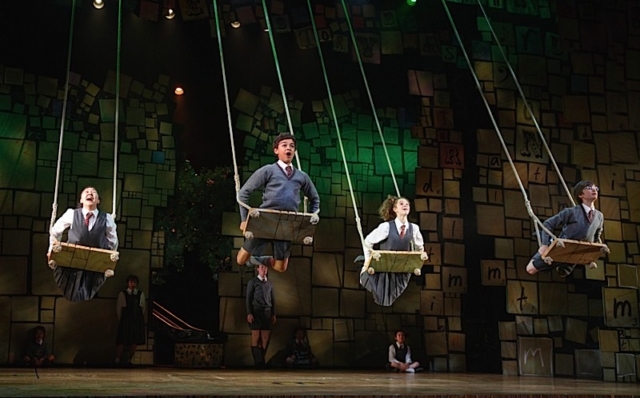 When Roald Dahl wrote the children’s book Matilda in the 1980s, computers had yet to pervade and control public consciousness, but at that time there had been longstanding criticism of the mind-numbing and indoctrinating power of television. It was feared, and rightly so, that the mental capacity of children, not to mention adults, was under siege by what was often called “the boob tube.” Out of this concern Dahl gave us a little girl heroine who, in her own instinctive way, held sway against the barbaric forces of anti-literacy. And oh the battle little Matilda Wormwood fights! Moreover, these forces are still out there. 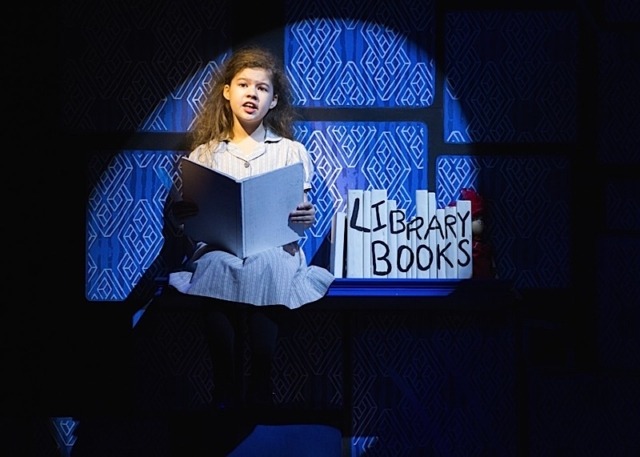 At the Orpheum, the national tour of Matilda the Musical delights with dark-witted humor and catchy tunes by Tim Minchin. The charming Gabrielle Gutierrez plays the little girl whose nose is often buried in a book. And we’re not talking about Little Golden Books, but Dickens, Austen, and Melville, etc. Any reasonable parent would be thrilled about this, but not the Wormwoods! Darcy Steward enrages us with scornful laughter as Matilda’s narcissistic mum and an over-the-top Matt Harrington is so chronically insulting to his young daughter that you may feel your blood pressure rise. He continually calls her a boy, and, along with his wife, tries to shame her for loving literature. The hissy fits this grown man and father throws are mind-blowing! He’s the kind of character you love to hate. 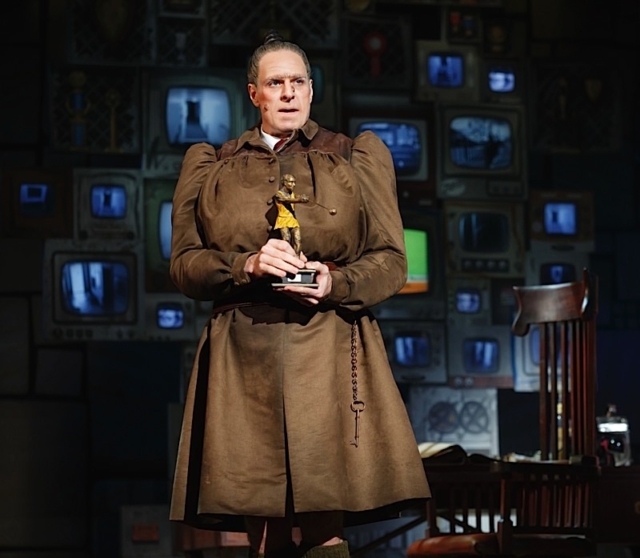 But worse still, is Miss Trunchbull, the vindictively domineering school headmistress played in a frighteningly magnificent cross-gender turn by Dan Chameroy. Screaming and humiliating kids is her sole purpose in life, but be assured, we get to the bottom of her cruel nature and it hits the audience with a dramatic punch. Her discipline has crossed over into psychological warfare against the kids.

As the musical unfolds we come to see that Matilda also has telepathic powers. This comes into play with her kind and caring teacher, Miss Honey, portrayed with endearing gentleness by Jennifer Bowles. Keisha T. Fraser also brings positive vibes to the role of the librarian who values Matilda’s gift for storytelling.

Dennis Kelly’s captivating book for the musical is lived into with madcap vitality by an excellent, largely youthful, cast ably directed by Matthew Warchus and choreographed by Peter Darling. Chris Nightingale conducts the music to sparkling effect. Gutierrez alternates performances with two other youth actresses.