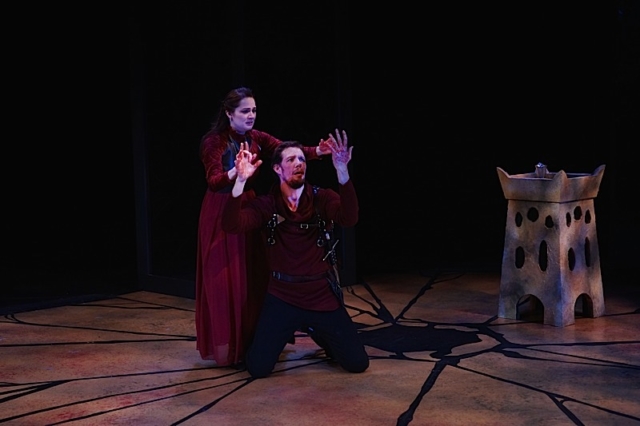 If you track Minnesota theater then you know that Jef Hall-Flavin is a master director of gay-themed work from his days at Outward Spiral Theater, as well as his expertise with the works of Tennessee Williams, and most recently his Park Square staging of Sons of the Prophet. However, Hall-Flavin is also a first-rate director of William Shakespeare. 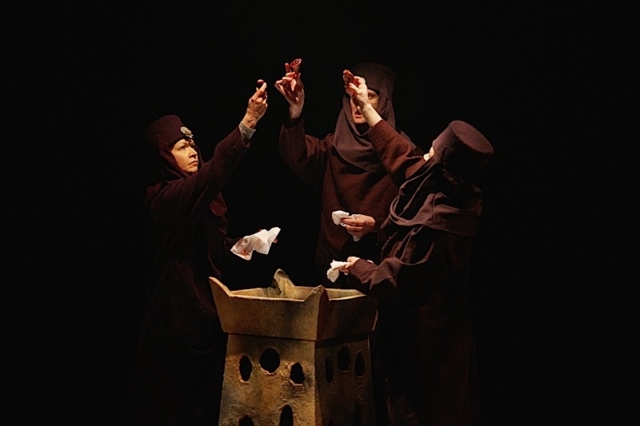 You now have the chance to see his mastery in action as he has adapted the bard’s 1606 tragedy, Macbeth. For centuries this grisly thriller has stood as an emblematic examination of the corruption of power and the nature of evil. Hall-Flavin observes, “We live in a world where religious scripture is used to justify acts of terror, and where political assassinations are in the news. I’m interested in how honorable people can justify immoral acts. Macbeth’s belief in a prophecy that he will become king is so strong that he commits murder. In other words, his faith overthrows his morality. In my adaptation of Macbeth, the witches are religious sisters, benign in their faith, honoring the cycle of life and death, past, present, and future. It is not the sisters who are evil, or the prophecies they give to Macbeth and Banquo, rather, it is what Macbeth does with the information that is evil.” 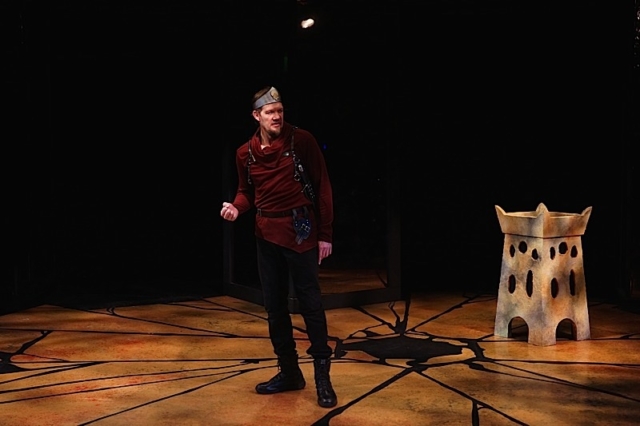 The director continues, “While the news often covers murders and acts of terror, it doesn’t often cover the personal consequences to the perpetrators of these brutal acts. Macbeth paints a tragic picture of a murderous couple (played here by Vanessa Wasche and Michael Ooms) that can’t deal with their guilt: one who kills herself as a result, and one who hallucinates and goes on a sociopathic killing spree. Tragedies like these teach us the perils of giving one’s morality away in search of greatness. I think that’s a good reason to do this play right now.”