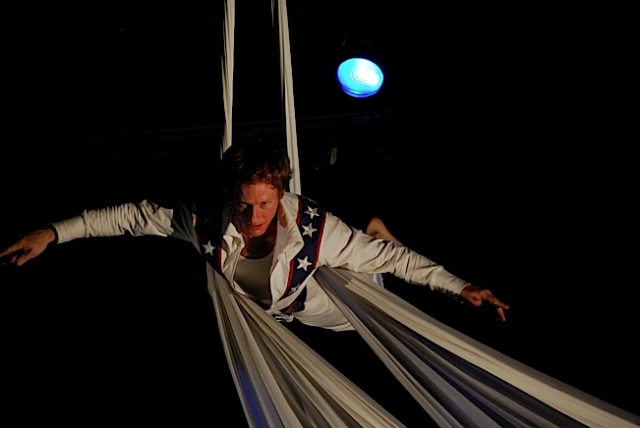 Erik Hoover and Jim Peitzman hypnotize with their physically-oriented portrayal of the two sides of motorcycle daredevil, Evel Knievel. Hoover plays the conscious flesh and blood man, actually named Robert Knievel, and Peitzman is his subconscious id, who propels him to take insane risks like jumping over the fountains at Caesar’s Palace in Las Vegas or over 13 buses at Wembley Stadium. Hoover spends much of the time in a wheelchair, underscoring the countless injuries Knievel endured. But at other times he connects in physical interplay with Peitzman, who amazes with ariel feats from above. They are a symbiotic dream pair. Robust masculinity and exquisite grace are splendidly integrated. 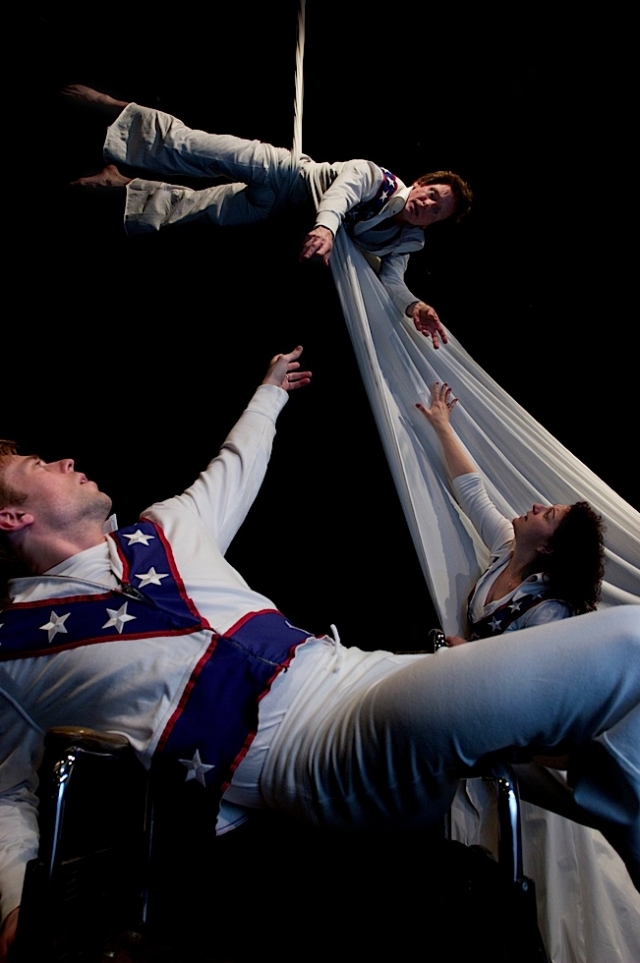 Herocycle has been fluidly directed by Kym Longhi who co-created the piece with Hoover. First-rate support comes from Beth Brooks as a goddess and Sasha Gibbs as Knievel’s wife, Linda. A vibrant live band, Kalen Keir’s sound design, and Daniel Benoit’s video design round out a wonderful production.