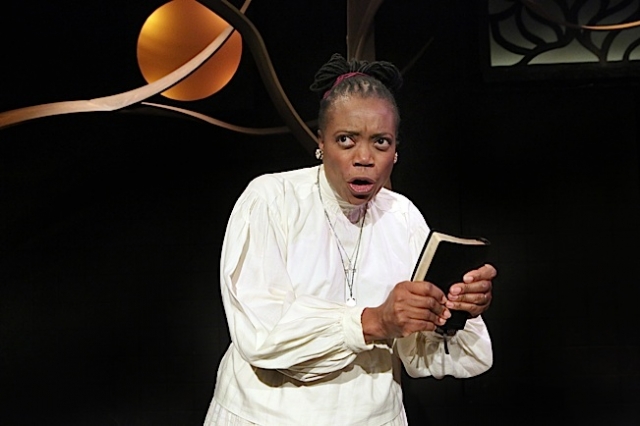 Few plays have portrayed the masculine dimension of homoromantic love, what some may call bromantic love, as beautifully as Marcus Gardley’s marvelous new play, the road weeps, the well runs dry. Director Marion McClinton’s memorable Pillsbury House cast manifests the divisions between African Americans and Seminole Indians a decade before the Civil War and a year after its conclusion. Regina Marie Williams sizzles as a feminist evangelist with fire and brimstone tendencies – yes, you read that correctly. Equally antagonistic is her father, a Seminole Medicine Man played with magnetic force by James Craven. It’s one of the most beguiling spiritual conflicts found in contemporary American drama, with the force we find in certain segments of Williams’s Night of the Iguana and Miller’s The Crucible. 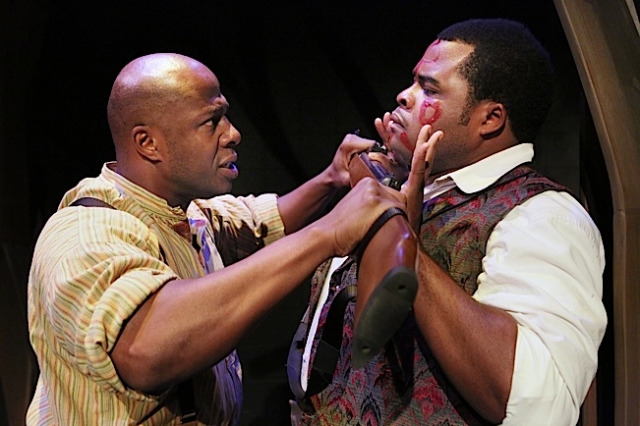 Ansa Akyea and Jake Waid are appropriately heartbreaking and maddening as two men who by middle age have sublimated their love for each other. The effects of this division from each one’s true self, as opposed to not figuring out a way of integrating it, brings tragedy not only to them but to their surrounding communities. Darius Dotch and Santino Craven (actual son of James) are splendidly macho and totally endearing as two men who Fate has paired up. But the male compulsion for territorializing has a way of undermining mutual love and fealty. Idealistic, Whitmanesque gay and bisexual men have long expressed yearnings for a world in which romantic love between men could help heal the world. Gardley echoes this thwarted yearning magnificently. 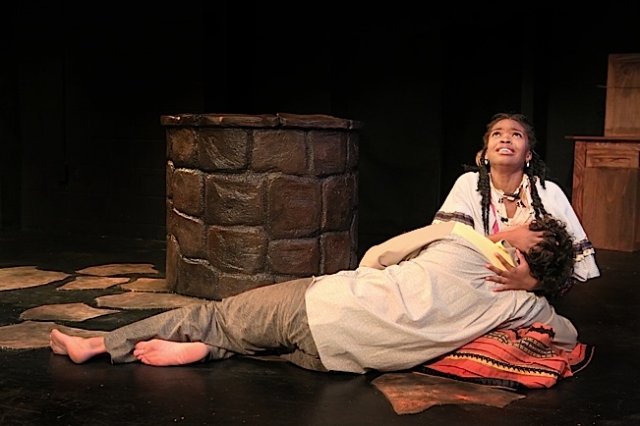