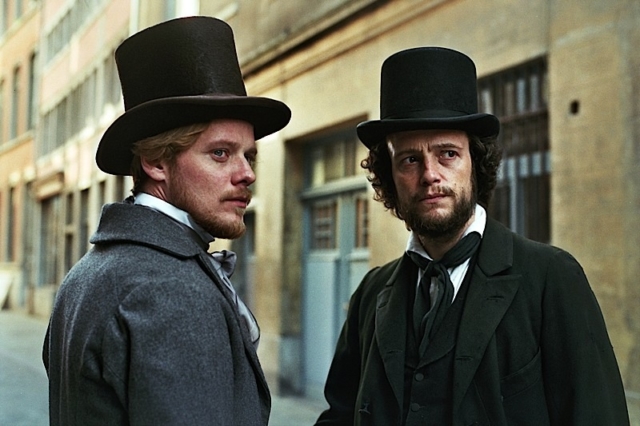 The Young Karl Marx is actually mistitled. This edifying historical drama is actually about both Marx and his ideological collaborator Friedrich Engels, with whom he co-wrote one the most widely read works in human history, The Communist Manifesto. The film’s overriding value is that it vividly captures the era of the Industrial Revolution that set up the ideal circumstances for the launch of communism as it hops between various European locations.

August Diehl is wonderfully nimble and verbally pugnacious as Marx, whose audacity and smarts made the man a formidable match against other ambitious activist competitors who aimed to be the primary political voice of the post-Napoleonic era. Dashing Stefan Konarske is equally nimble as the man of privilege who actually turns out to win over the leftist activist movement climbers despite their prejudiced resentment toward his born bourgeois status. The pair create a splendidly bromantic chemistry.

Co-screenwriters Raoul Peck, who also directed the film, and Pascal Bonitzer scrupulously weave words, ideas, and emotions into what is an engaging history lesson, albeit with an ideological bent. But be aware, the film contains no counterpoint from a conservative viewpoint. Two suggested counterpoints are Declassified: Joseph Stalin and Declassified: Chairman Mao. Both are shorter well-crafted documentaries that can be found online.