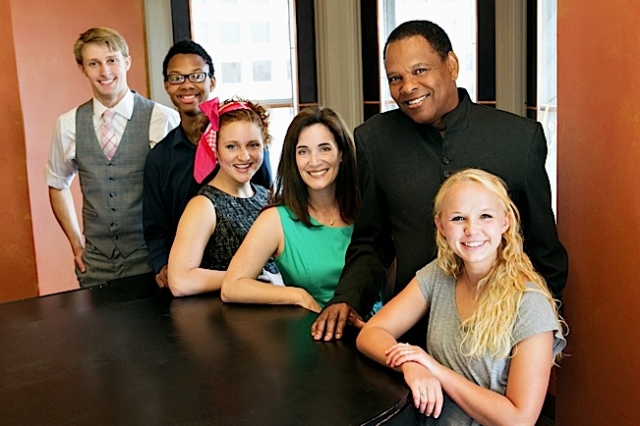 Last year the music revue Love & Marriage inspired and clarified the beauty and naturalness of same sex marriage. Since then Governor Dayton has signed legislation that legalizes same sex marriage, therefore, Illusion Theater has revised last year’s show. Subtitled What a Difference a Year Makes, it details the feelings of falling in love in Act I and the challenges of staying in love and married in Act II.

Roberta Carlson and director Michael Robins have co-created a piece with some new tunes updated with wise and touching interviews conducted by Robins and Bonnie Morris and filmed by Jonathan Carlson. There is a range of racially mixed couples – gay, lesbian and straight.

Though the revue could be 20 minutes shorter the songs are vibrantly sung. To name just a few of the many high points: If It’s Magic sung by Anna Evans, Kennadi Hurst, Davon Suttles, Sadie Wendt and Harrison Wendt and And So It Goes sung by Dennis Spears. Everyone else is also topnotch: Neal Beckman, Teri Parker Brown, Rachel Hurst, Randy Schmeling, and Madonna look-alike, Aeysha Kinnunen. This vocal ensemble nicely connects with Garry Q. Lewis’s solid choreography.

Roberta Carlson on piano and keyboards, Demetrius Mabry on drums, and Jay Young on bass enhance the vocals with lovely balance that certain other theaters could take a lesson from.