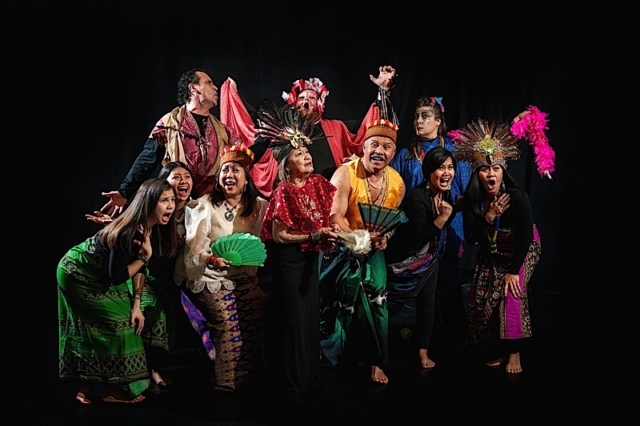 Playwright Marlina Gonzalez has conjured an expansive reflection of the ravages of cultural appropriation in the Philippines. In Isla Tuliro, a trio of wise and savvy elders guides the audience on a psychic journey over centuries, from an indigenous era to Spanish conquest to American occupation. This co-production between Pangea World Theater and Teatro del Pueblo has been lyrically staged by Gonzalez with her co-director Meena Natarajan. The venue is the Southern Theater, whose faded glory suits this piece nicely.

A sparkling cast is spearheaded by the commanding and endearing Lita Malicsi as Tulusan, the magnetic elder whose psychic vision spans the centuries. We’re transported from a sylvan era of pre-conquest harmony to shaming domination by the West. New terminology creeps into and invades the common tongue like a psychological military force in its own right. Lullabies and nursery rhymes originally sung by the natives are subtly morphed into tools of revisionist indoctrination. It gets so extreme that even the verbal rolling of the “r” in the back of the throat is ultimately forbidden.