Marching From A Small Town To The Spotlight 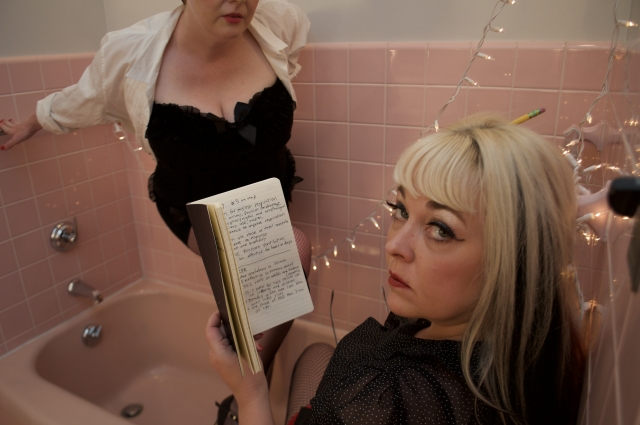 pril Sellers founded the dance troupe Patriot Erectors, which will perform at the Southern Theater in May_Photo by Jennifer Glaws

April Sellers founded the dance troupe Patriot Erectors, which will perform at the Southern Theater in May. Photo by Jennifer Glaws

Dancer April Sellers shares her background in dance and the creation of her troupe Patriot Erectors.

Growing up in a rural town, April Sellers struggled to find a place where her voice would be heard. After joining some classes at a local dance studio, she quickly found exactly where her powerful voice is: the stage.

“I came to dance and welcomed dance because as a woman from a small town, my experience told me my voice didn’t matter,” Sellers says. “In dance, I found a long history of women creating change and a platform where my voice was valued. By the time I graduated Ohio State University, I was addicted to the powerful feminist platform in contemporary performance.”

After moving to Minneapolis in 1998, Sellers started her dance career in the big city. Though it’s been more than two decades now, she says she still feels like she’s learning the city more every day.

“I still feel like I am seeking solid ground under my feet, and I hope I never outgrow that feeling. I moved to the Twin Cities because personal connections convinced me that this was a place where my expanding viewpoints could find a good home. I’m glad I did it,” she says.

In 2018, Sellers formed her own dance troupe, Patriot Erectors, inspired by the journey she experienced while traveling from Minneapolis to Washington, D.C. by bus for the national Women’s March in January 2017. The troupe reflects her own experiences as well as those of her fellow performers and friends in protest.

“It examines the root of our disconnection to national identity,” Sellers says. “Deconstructing acts of nationalism, from marching in the streets to singing of the National Anthem, Patriot Erectors explores both celebration and protest. Grand pronouncements and unsettling thoughts are shared out loud as the performers traverse through stylistically distinct movements. The work celebrates complex expressions of the gender spectrum while incorporating drag, tongue-in-cheek bawdiness, choreographic craft, and conceptual performance art.”

Sellers says Patriot Erectors, which will be commissioned by the Candy Box Dance Festival, is inspired by the Fourth of July, the “Star-Spangled Banner”, and the rainbow flag.

“At a time when our country is most divided, and our divisive leadership isolates people based on identity, we seek to ask the questions: ‘Can you be queer and be a patriot?’ and ‘What does it mean to be a queer American?’ Now more than ever, when queer identities and freedoms are being challenged and are in threat of being erased, we need art that questions the queer identities relationship to patriotism,” she says.

Sellers says one of the many goals of Patriot Erectors is to expose the struggles they face with gender identity and stereotypes. She says they proudly flaunt their faults to make the audience feel embraced but slightly uncomfortable. 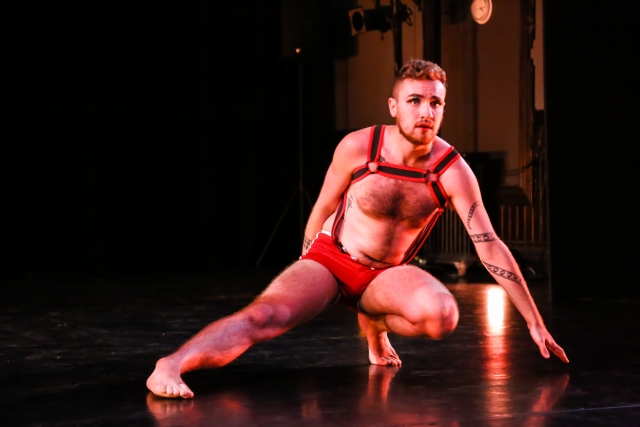 Patriot Erectors is a dance performance that looks at the dichotomy of being both an American patriot and a queer person. Photo by Olivia Blaisdell:halfasianlens, Courtesy of Dancing Queerly

“I have come to see my choreography as a way for people to deepen their connection to the primal root of what it means to be human,” Sellers says. “What drives, moves, and excites me has always challenged audiences and dancers to consider new ways of looking at themselves and the world.”

She says many people in the GLBT community often go ignored by society because they fail to fit in the certain mold that they’re told they must be at birth. Through Patriot Erectors, they put the community center stage to reveal and honor the value of their contributions.

“This artistic approach energizes my work. Drawing inspiration from vaudeville, punk rock anarchy, postmodern dance, and anthropological methodology, I am known for my hyperbolic performances rooted in themes of leftist social movements and gender that challenge and engage our political and social realities,” she says.

Despite her rural roots, Sellers has found her voice onstage and continues to use it for causes she believes in. From the Women’s March to GLBT rights, Sellers and her troupe Patriot Erectors are pushing new issues and discussions into the spotlight.