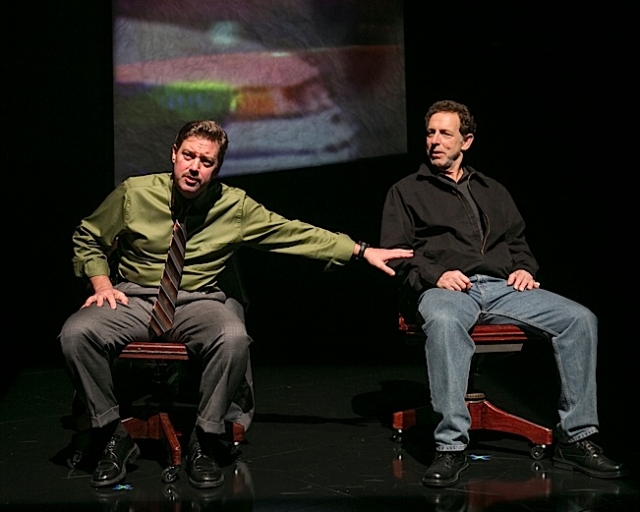 Descriptive passages, monologues, and dialogue comprise A Steady Rain, Keith Huff’s gritty two-man drama about two cops who have been loyal friends since childhood. Sal Viscuso and Thomas Vincent Kelly electrify as Hard Cop and Soft(er) and Sane(r) cop. However, unchecked desires and unprincipled policing have clouded the objectivity crucial to good police work to the point that their lives teeter on are the cusp of implosion.

A Steady Rain pivots on an egregious neglectful act while the men are on patrol. It reminds us of one of recent gay history’s most abhorrent figures. You’ll have to see this beguiling production to find out about that. The Guthrie co-production with Los Angeles’s Odyssey Theatre Ensemble (a troupe with a rich history of political work) has been directed by Jeff Perry. Hugh Jackman and Daniel Craig played the roles on Broadway.