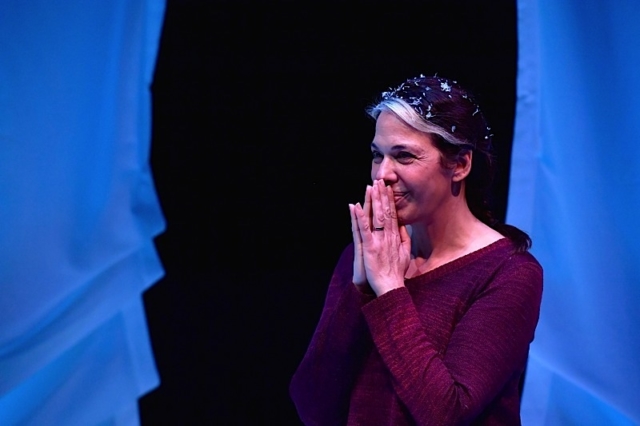 It is pretty rare to say you’ve seen perfection in theater, but Melinda Gomez’s one-woman performance in Mala is that. I say this for various reasons that amount to the fact that Gomez has written here about the declining health and ultimate demise of her mother. But what makes this piece different from others like it, is that Gomez, with the guidance of director David Dower and dramaturgical input from P. Carl, relates the story in a fully organic way. No sentimentality. No hand-wringing. But profoundly and deeply felt indeed.

Yes, there are some painful and bleak moments, to be sure, but Gomez never pushes it in her acting, because it’s not necessary of course, The pain is inherent. Nor does she get drawn to heavily in the identity based aspects—as in Jewish culture, Cuban culture, and Boston culture—that ripple throughout. Again, they are simply a part of the fabric and make themselves known organically. Mala is a universal apprehension. 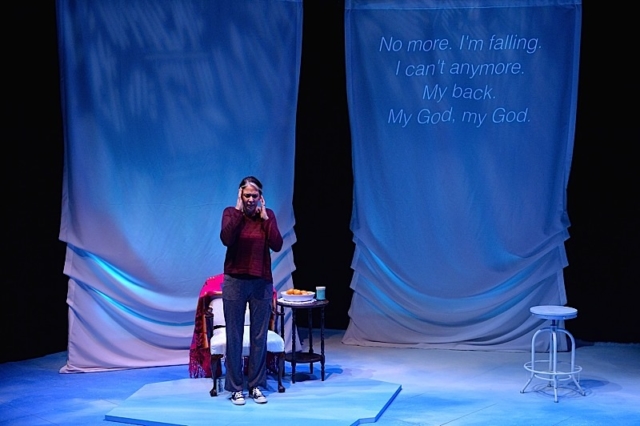 It is only perhaps in one moment toward the end where we get a sense of her religious and political views, and that, again, is done organically. As for the health care aspects, most all of us live under the flaws and shortcomings of the medical industries. This means this transcendentally beautiful work is accessible to anyone, no matter what their views on religion, politics, or health care might be. That overwrought phrase “All Are Welcome” actually rings true with Gomez. She generously shares her story with all of us. 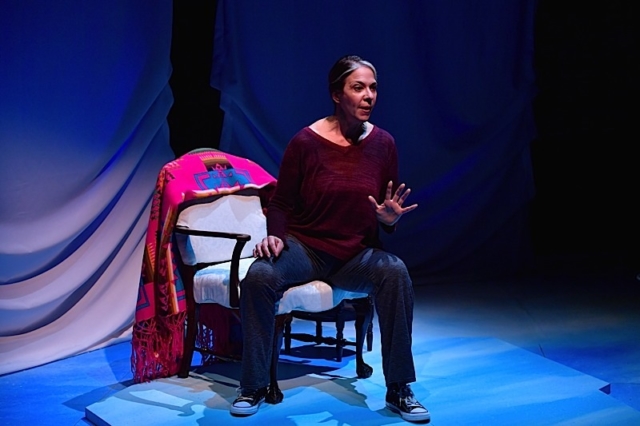 Mala is also a sterling example of acting at its most natural. For decades, many critics and viewers have rightly been unimpressed with overly casual acting. From oh-so-serious social statement polemics to stand-up comedy, most of which are regrettably unexamined by critics and audiences alike. But with truly serious solo work, you really put yourself on the line. And though it is like you’ve gone right into Gomez’s living room and private spaces there is a sense that we are on sacred ground without it being sanctimonious. That really is an achievement.

How Gomez can re-live this painful story on a regular performance basis is truly amazing (a word that is overused nowadays but in this case is truly earned). We all have either seen the passing of those we have loved or we will. Mala and Melinda Gomez are gifts to the American Theater and to everyone everywhere who watches this exceptional performance.