Theatre Under the Stars - Disney's "The Little Mermaid" at TUTS, September 2015. 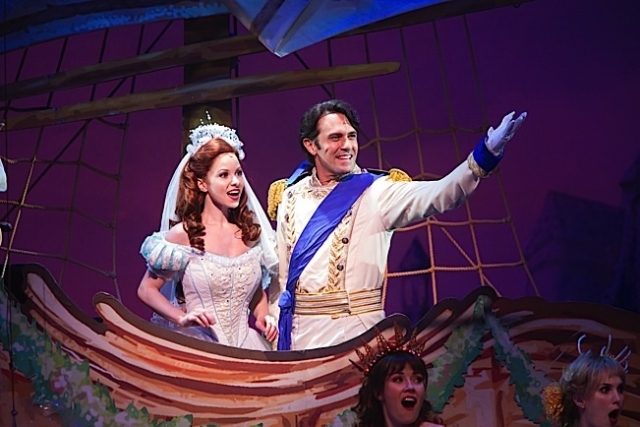 Photo by Bruce Bennett, courtesy of Theatre Under The Stars.

The national tour of Disney’s The Little Mermaid is an explosively colorful production that transports you to a magical world under the sea and on land. The ageless tale of inter-species love, between a mermaid and a human, has been directed by Glen Casale with a spirit of innocence, madcap, and whimsy.

Alison Woods endears as mermaid Ariel. Eric Kunze as Prince Eric, the young man she adores, and Fred Inkley as her father King Triton — radiant performances that capture a sense of regal majesty. Casale has guided the production so that one can relish the archetypes and also revel in the silliness. 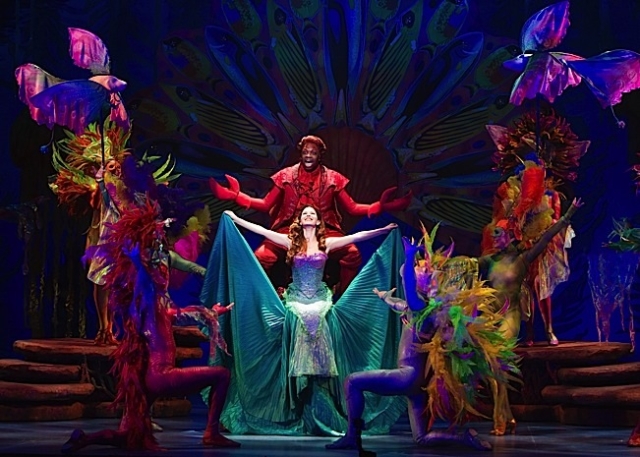 Photo by Bruce Bennett, courtesy of Theatre Under The Stars.

However, it’s two over-the-top turns that lift the show to the heights: Melvin Abston as Sebastian the crab charms as the fussy overseer of mischievous Ariel. But it’s the deliciously diabolical Jennifer Allen as Ariel’s wicked aunt Ursula who rises to the realm of “larger-than-life.” She has the expansive vibrancy of, well, just imagine Ethel Merman crossed with Joan Crawford.