A Magnetic “mONSTER” at the Southern Theater 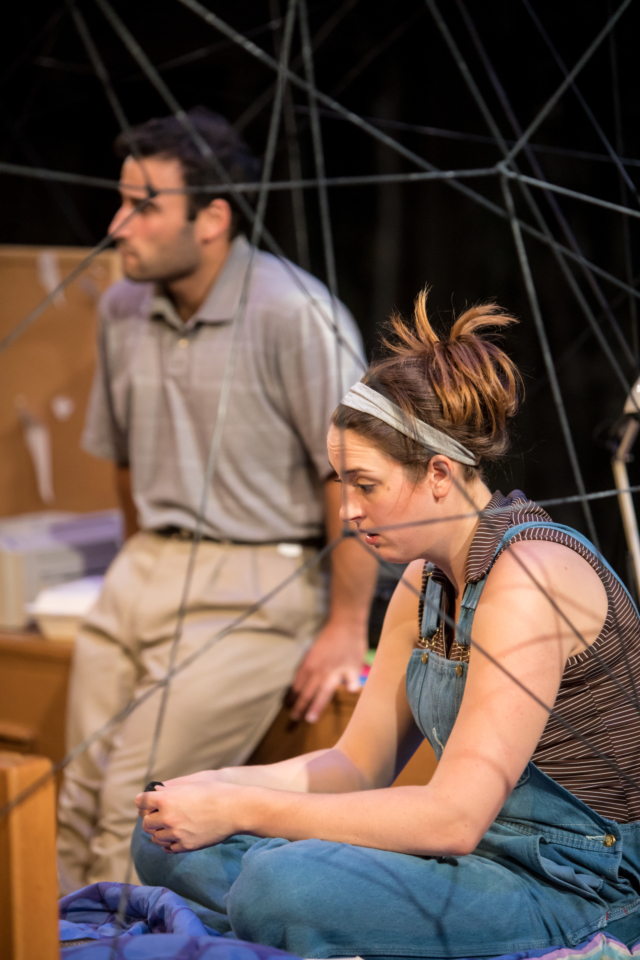 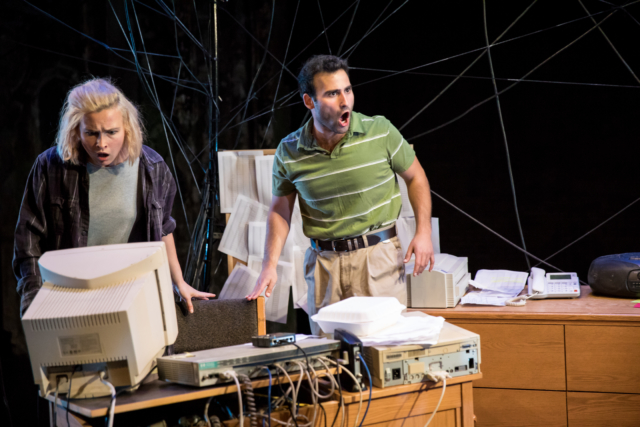 mONSTER is a compelling new symbolic play by Sam Graber staged at the Southern Theater by Swandive Theatre. We are transported to the 1990s when this darkly magical phenomenon known as the world wide web is beginning to entrap its travelers into recesses of human consciousness. Or maybe it’s a broader consciousness that we humans aren’t even meant to tap into.

The setting is a college dormitory room where two students are transfixed by a computer screen while another student definitely prefers partaking in the school’s social possibilities. Nessa (Jamie Fields) is young, away from home, and up for actual experience, as opposed to virtual experience.

The mesmerized pair, Kelsey McMahon as Brill and Avi Aharoni as Greg, elicit a sense of existential terror as they are magnetized into the computer’s prophetic vision that this “web” will come to be the instrument through which terror, crime, and social media treachery will triumph. Not to mention, servitude to compulsive computer viewing.

They are contrasted by Fields in a vibrant portrayal of a young woman who understandably rejects living in a swamp of paranoia that the other two seem to be held hostage to.

These three fine performances vibrate to a high emotional frequency throughout. Meg DiSciorio has directed them to render the roles with subtle variation as opposed to generalized emotion. The effect is viscerally eerie.

Sean McArdle’s imaginative set seems to present the dorm room’s computer as the nucleus of an atom around which rods jut around and out from where the action is played out. The look recalls designs by 20th century futurist Buckminster Fuller. Video by Damon Runnals, sound by Kevin Springer, and lighting by Jesse Cogswell nicely enhance the Twilight Zone effect. 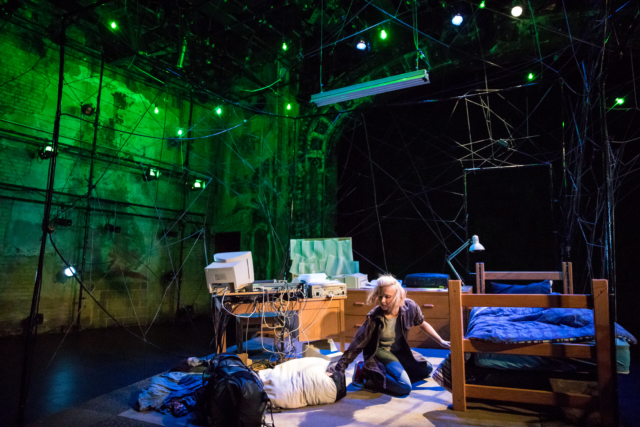