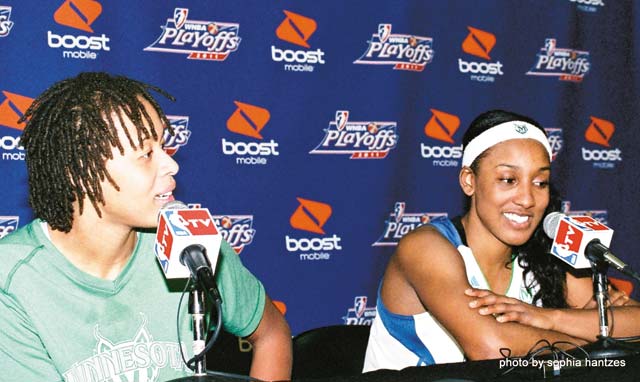 “We are a defensive team that has a lot of offensive firepower,” stated Maya Moore, Rookie of the Year for the 2011 WNBA season, as she tries to explain what the magic is behind the team’s amazing rise to the top of the league.  “While trying not to repeat what I have said before, we will continue to win as long as we continue to play as we have all season; as a team.”

The Lynx as a team has finally secured a solid and effective identity after 13 seasons—the Lynx offense starts with their defense.  That can be seen on a play in the third quarter of the closeout game of the semi-final series when Phoenix had the ball near their own basket.  Lindsey Whalen tipped the ball away momentarily.  In the two seconds it took for Phoenix to recovered the ball, Moore was already at the Lynx free throw line looking for a pass from one of her teammates.  She then put on the brakes and got back on defense before Phoenix was able to regroup.

Head Coach Cheryl Reeve and her staff have translated this identity into well-defined and articulated team goals and roles that each player can understand and enact.  This clarity along with great team chemistry has resulted in a unified group that worked all season long to secure the best record in the league and to make it to the Finals for the first time ever!  History for this team is being written, having reached a new level that the 13-year old franchise has not achieved before…but one that is built to last due to its solid foundation. 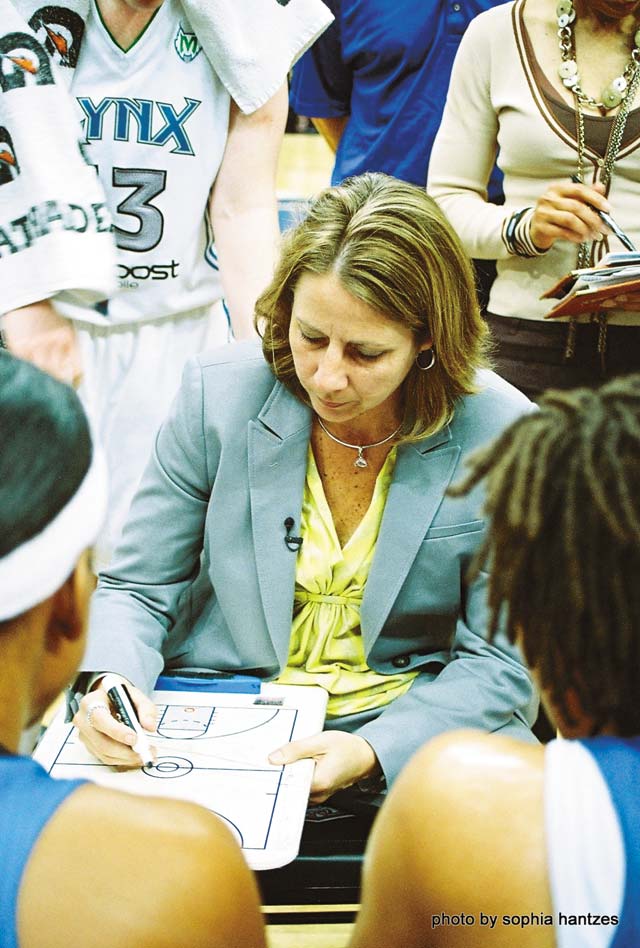 Here’s a summary of the road to the Finals which starts at Target Center on Sunday, October 2nd at 7:30 pm against the Eastern Conference Champs, the Atlanta Dream.

As any sports fan can tell you, it is hard to sweep an opponent in the regular season and come back to face them in the playoffs without some concerns.  San Antonio is a perennially tough team and it took the Lynx three games to advance, both wins coming on their home court at Target Center.  In the first two games, the Lynx showed some nerves narrowly securing a win in the first meeting and being soundly beaten when playing in Texas.  Once back in Minneapolis for the third game, the team was back to playing like they had all season and won convincingly, 85-67.

Round 2: Western Conference Finals vs. Phoenix

Diana Taurasi and the Mercury are a fast-paced, high-scoring team.  You can be ahead by 20 points but their style of play always leaves room for them to come back.  Coach Reeve put together a great game plan during both games allowing the Lynx to sweep them in just two games: 95-67 at Target Center and 103-86 in Phoenix.  While the win over the Mercury happened in Phoenix, I am sure most Lynx fans will agree that having the team get two extra days of rest before beginning the Finals makes it worth having the celebration occur from a distance. 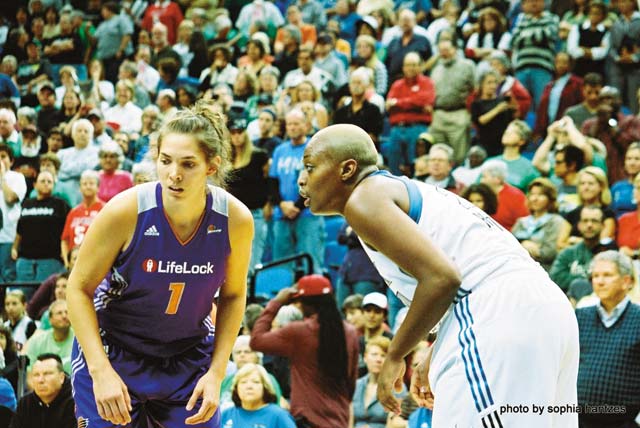 Round 3: WNBA Finals vs. Atlanta

What will happen next?  Well, this is a best of five series and the first two games are on our home court!  Target Center has really gotten large and loud this season with fans being the “sixth player.”  The Lynx still have the best home record losing only three games in Minneapolis and none in post-season play.  The team closed out two days early allowing them some extra sleep, to soak in ice baths, relax in their home city, and to prepare to face their opponent.  Our team has stayed healthy both physically and emotionally.

Atlanta is a young team being lead by Angel McCoughtry in just her second year.  The Lynx and the Dream match up fairly well in strength, speed, and skills but I give the edge to the Lynx on emotional maturity and poise.  In the Dream’s win over Indiana that allowed them to advance to the Finals, something happened that most fans have never seen before.  McCoughtry picked up her second foul and her coach sent in a sub.  Angel just stood there…and stood there…and stood there.  She refused to come out of the game until other teammates urged her verbally and nudged her physically to go to the bench.  Then for the rest of the 2nd quarter, she refused to acknowledge her coach or to even participate in support from the bench for her team.  She started the second half but I am counting on that lack of poise in tough situations to rear its head again!  So Lynx players and fans alike have discovered at least one weakness in Atlanta’s game plan—their floor leader can turn on herself and her team if she doesn’t get her way…and then pout!  We predict we will win this series one way or the other but the Lynx will do it by being a cohesive team and not by one individual dominating.  Go Lynx! 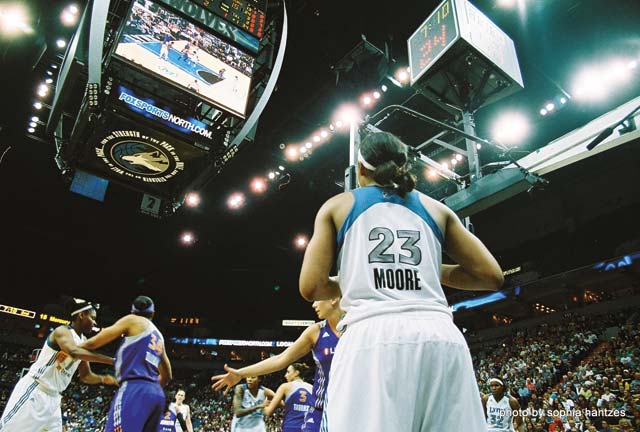 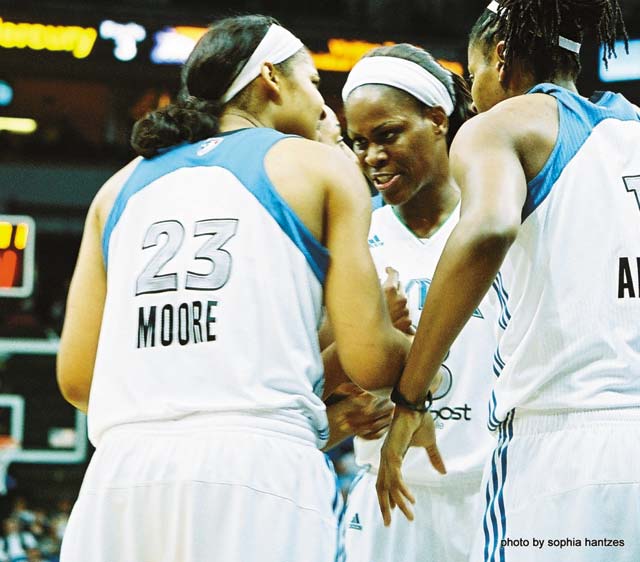 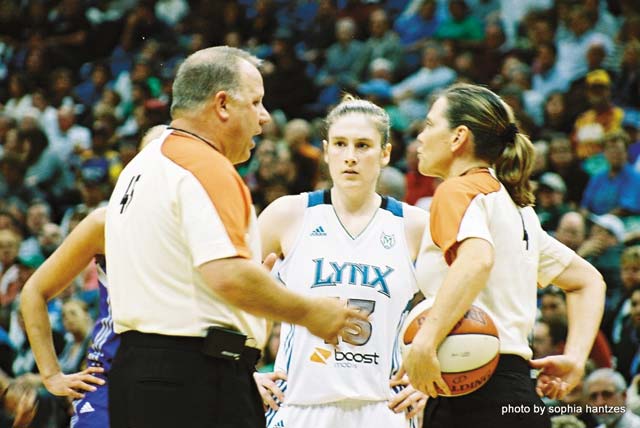