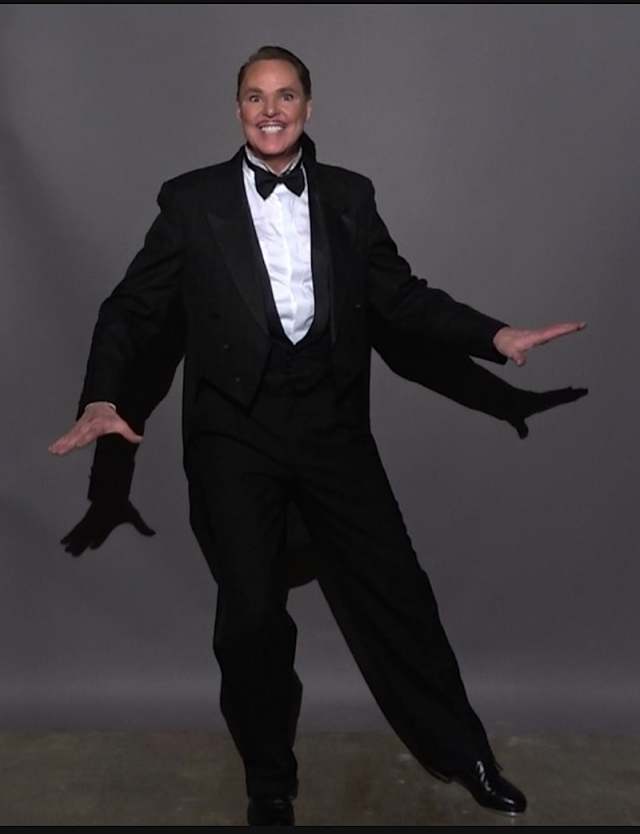 Acclaimed gay baritone vocalist Christopher Hopkins was nominated for two 1999 Gay Lesbian Music Awards and appeared on PBS with the Erie Philharmonic. Not to mention on stage with the Minnesota Orchestra and in Germany with the Hanover Radio Philharmonic. Many know him as “The Makeover Guy” and bestselling author of Staging Your Comeback: A Complete Beauty Revival for Women Over 45.
Hopkins stars in gay composer-lyricist legend Cole Porter’s The Ambassador Revue. This is a truly unique experience because it has been lost until now, 90 years later. Thankfully, Fred Waring, Larry Blank, and Legacy Musical Theatre have pieced together the full production arrangement for this world premiere revival of the long undiscovered score.
Les Revue de Ambassadeurs was performed in Paris’s renowned night club, Cafe de Ambassadeurs, in 1928, early in the great one’s career. At the Minnsky Theatre in northeast Minneapolis its re-incarnation has been staged and choreographed by Jac Fatale, Shelli Manzoline, Holly Bryant and special guest choreographer, 91 years young Bette Darrell. Musical direction by Samantha Laumann. Over 40 artists are uniting their talents.
Anthony Raymond Whelihan has created a portrait of Porter for the silent auction from which proceeds go to the Interact Center for the Visual and Performing Arts and Minnesota Dance Collaborative.
Cole Porter’s “The Ambassador Revue”
Oct, 3, 4, 5
Minnsky Theatre, 1517 Central Ave. NE., Minneapolis
www.minnsky.com