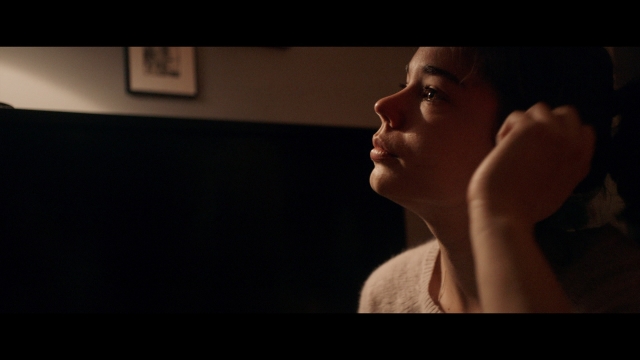 The big film in Germany has been Sebastian Schipper’s Victoria, winner of six Lolas, Germany’s equivalent to the Oscar, and the highly prestigious Berlin Film Festival Silver Bear Award. The fact that it lasts two hours and twenty minutes would not be notable were it not for the whole picture having been shot in one — repeat: one — as in that’s one single take by Sturla Brandth Grovlen. And evocatively so. If you are jumping to conclude it’s a gimmick to get film geeks to talk about it, I would beg to differ. It brings breathtaking realism to what would otherwise have been a formulaic film.

Victoria, a young Spaniard waiting tables in Berlin, is played by the luminous Laia Costa. When she meets up with the careless Sonne (a likably reckless Frederick Lau) and his two questionable pals, a night of drinking, petty theft, raucousness, strange drugs, and — here’s the rub — participation in a heist, change their lives forever.

The lead acting quartet, which also includes Burak Yigit and Franz Rogowski as fellow party animals, constantly brings visceral power to every single moment as we careen through dark Berlin streets and alleys, ratty night clubs, a rooftop, an underground garage, and into an apartment building where some very, very bad choices are made. Nils Frahms’ haunting score borders on the sublime. This, amidst nighttime street images, opaquely fluorescent lights, brazen lights, and dizzying times when we seem to be running with the camera itself. Schipper is a director who takes us to the edge. An enthralling ride indeed!

Victoria will likely pose different questions for different people. I just kept wondering what it was in the title character that made her go along with the journey so freely? l kept thinking, Why on earth does she continue to joyride with these unhinged guys? She reminded me of some young people, of any gender, who simply want to take visceral experience to the limit. So you may start wondering about how you were in your early adulthood. Some will wonder: Would I have done that if the opportunity came up?

Note: Earlier this year the acclaimed trans film, Tangerine, was shot entirely on an iPhone.