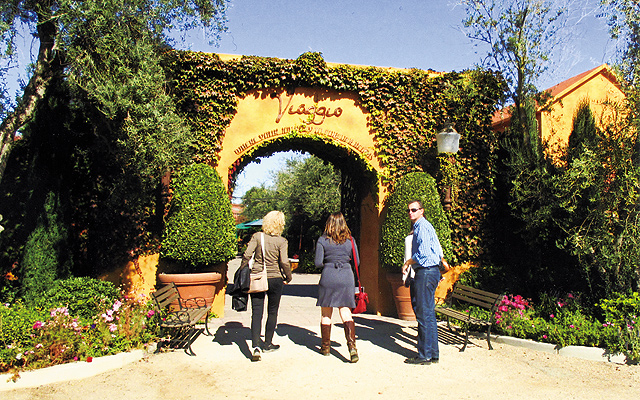 Zin: It’s not just for breakfast anymore. It’s not your daddy’s Zinfandel, either. Nor is it the only grape in town these days. Lodi, California—100 miles east of San Francisco—is rightly famous for its poster grape, but today it’s justly proud of 75 other varietals that flourish here—think grapes of France, Spain, Portugal and Italy. That’s the take-away for a wine tourist in tiny Lodi, which boasts 12 tasting rooms (plus the oldest A&W stand in the country), and 60 more in the surrounding acres.

Agriculture is the focus of the town, founded in the 1850s by Italians and Germans during the Gold Rush when their pans didn’t pan out. Lodi’s farmers grow fruit and nuts and supply grapes for wineries all over California, from Gallo to Fetzer and beyond. Production boomed even during Prohibition, when grapes were shipped back east with explicit instruction on exactly how NOT to make wine (“First, do not…. Next,”)

Lodi’s big-name players include Robert Mondavi Woodbridge and Sutter Home, but these days they’re joined by over 70 boutique wineries specializing in small-lot, handmade, exquisitely drinkable varietals that—here’s the bonus—haven’t lost their sense of place. The farmer very often is also the vintner, and you’ll find him in his boots behind the tasting counter rather than in Gucci loafers at his computer, as in a couple of other California counties, ahem,  we might name. They’re growers first, vintners second—which translates the whole experience from patrician to approachable: wine, style, and people. They collaborate; they don’t compete. And like Avis, they try harder. 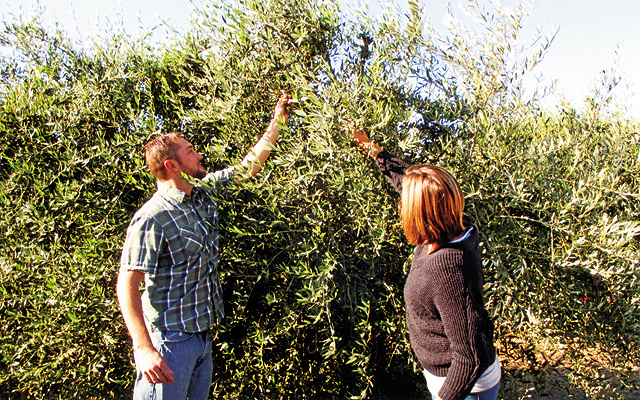 And they try better. They’ve established Lodi Rules, the most rigorous sustainability program in the state. The Rules promote soil health, water cleanliness and conservation, and, as they say at LangeTwins, a fifth generation of growers-now-vintners, “We’re a participant in the whole ecosystem, not just a monoculture. If you want to be generational, you have to be sustainable.” Thus, they’re restoring native habitat where bobcats and coyotes wander; they’re growing oak trees from native acorns; they’re monitoring water use. As Harney Lanes owner explains, “We live where we farm, so we want to be good stewards of the land.” But does walking the talk make for good wine? Proof is in the bottle. Consider Peltier Station, whose citrusy Sauv Blanc out-tastes New Zealand’s, and smooth, fruit-forward Malbec renders Argentina’s ho-hum.

Lodi, the self-proclaimed Zin Capitol of the World, is no longer a one-note varietal in this grape-centric town, where the police cars are painted with grape clusters and the high school ball teams bear names like Flaming Tokays. At Mettler Family Vineyard’s brand-new tasting room—okay: Cab, Petite Sirah and Zin are still the signatures— just taste their Pinotage. Neighbor winery Acquiesce produces only white wine in a soft Rhone style. And Borra, one of the oldest boutiques, showcases Mediterranean and German varietals. From Michael David Winery, farming since 1850, comes Inkblot, saluting the Tannot grape. “Lodi is not homogeneous,” they demonstrate. 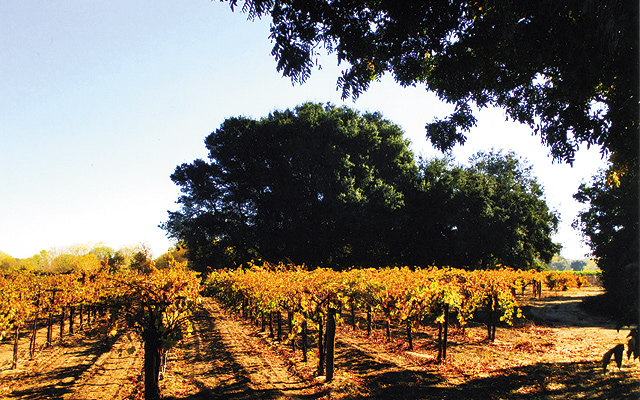 So does Viaggio Estate, producing primo Pinot Grigio as well as the olive oil that graces its woodfired pizzas. You want Spanish? “Welcome to Lod-Iberia,” jokes the architect-turned-vintner of Vinedos Aurora, pouring his supple Albarino. It’s followed by Riaza Wines’ Garnacha, “which behaves like a red that’s so much bigger,” boasts its maker, and Bokisch Vineyard’s Graciano, a grape producing a supple, almost-black pour with a blueberry note. We paired each with its own chosen cheese from Cheese Central, offering 100 varieties as well as pairing and cooking classes. You’re welcome to bring your cheese purchases to the tasting rooms down the street.

One of those—Custom Crush—not only features wines from Lodi grapes, it crushes and ferments their juice for aspiring vintners. It serves as an incubator for first-timers experimenting with the end result and short on the investment required to press and bottle on their own. “We lower the barrier to market-entry, and the risk,” explain its owners. “Many wineries spin off of here.”

And now—drum roll—the grape that lured me from Minnesota: those flagship Old Vine Zins. And when we say “old vines,” we’re talking 70 to 100 years old, in soil where disease never got a foothold.  The Lodi region benefits from the coastal influence, plus the day-to-night temp drop of 40 degrees, producing bright, crisp acidity, and the soil of the Sierra Nevada Mountain range with its volcanic influence. 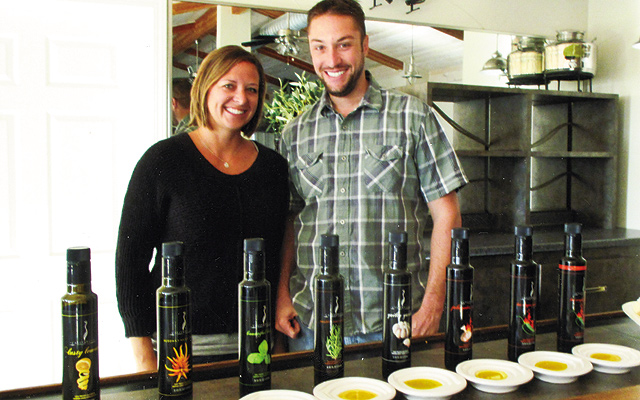 All Zins are not created equal. It’s an extremely versatile grape, and the wine it produces can be heavy or light in style. But I love it for its DNA: bristly and wild. To get back to the basics—to taste the terroir—six of Lodi’s mostly-fifth-generation Zin growers signed onto the Lodi Native project, aimed at highlighting the region’s distinctive, and historic, Zinfandel growing plots. To maximize flavor and vineyard characteristics, they agreed to produce a 2012 Zin sans modern bells and whistles, with minimal intervention: no inoculated yeast, no new-oak barrels, no additives—thus to highlight the huge differences among the vineyards themselves. Said one about his pet grape, “I love it because there’s NOT an Old World style you can compare it to,” as in Cab and Chard.

It wasn’t easy to pick a favorite, all from small, stressed berries—and yours will probably be different—but it was simple to prefer the Native Project Zins over the commercially-released Zin each winemaker routinely markets, with its stronger oak influence and often riper, more jammy flavors. Except that of (okay, my pick) McCay’s Trulux: “All I make is native, so this is not a leap for me.”  The Native bottles will be available after March at Lodi’s Wine Center, your go-to for maps, guidance, locations of tasting rooms and taste preferences. 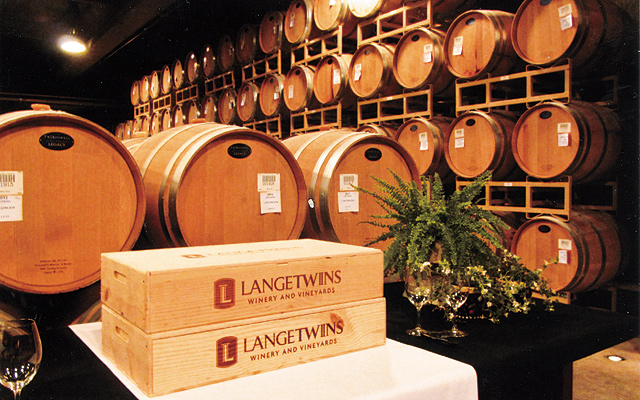 LangeTwins winery is in the forefront of sustainability in producing its grapes & wines. Photo by Carla Waldemar

Coldani Olive Ranch: tours and taste of its premier flavored oils by appointment.

San Joachim Historical Museum: a 17-acre park dotted with historic homes, a one-room school and mining campsite. Ag and winemaking tools from former years bring home the region’s roots, along with vivid accounts of the volcanic Thirties and beyond, with pickers’ strikes and harsh reprisals (Think Cesar Chavez).

Sand Hill Crane Watch: mesmerizing, and I’m not even a birdie: Cranes as tall as I munch in pastures, then fly en masse (2,000 or more nightly September-March) to roost in ankle-deep water. Maps and guided tours.