Locally Sourced: joan’s in the Park 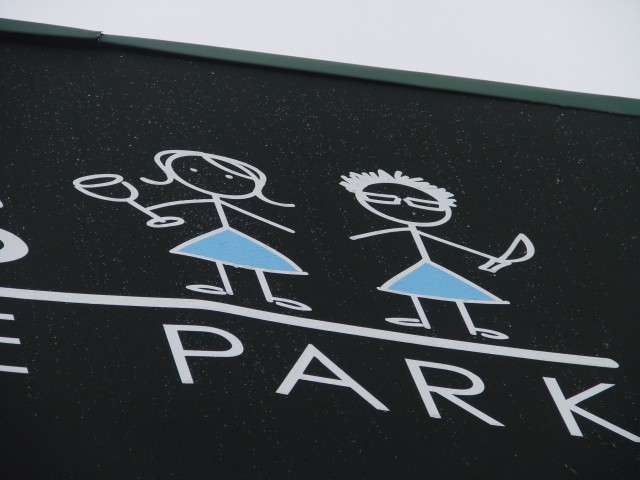 A Family Affair:  joan’s in the Park, the cozy new neighborhood bistro in Saint Paul’s Highland Park is full of laughter, clinking glasses and the occasional canoodle. It could be any Saturday dinner service, except this isn’t Saturday night, and they aren’t even open. Instead the restaurant is filled with the blended family brought together by Joan Schmitt and her partner Susan Dunlop. Their children and their counterparts all range between 23 and 30 years of age, easy with laughter and gentle teasing. These kids could be on a poster for rainbow families, safely proving that a gay parent has the same likelihood of raising well-adjusted, productive children as any parent. Instead, they’re proving what a combined family passion for good food and great service can bring to a quiet corner in a snoozy little neighborhood. 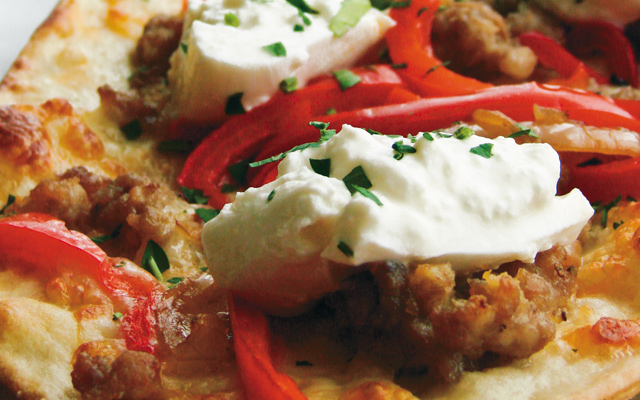 When the women, both restaurant vets, knew they were ready to open their own place, they scoured locations. They knew they’d found their new home when they discovered the former pizzeria for sale in the very neighborhood that Joan had grown up in. They noted that while they’ve only been open for a short amount of time, they are already developing regulars. They noted one woman who adores the crab cakes and a welcome number of gay couples as well. Located at the corner of Snelling and Bayard, they’ve transformed the space from tacky utilitarian, to an open and serene with soft lighting.

Joan and Susan met when they were both working for Morton’s Steakhouse in Florida. Dan, one of Joan’s sons remembered he was talking to her on the phone. She put him on hold – for over two hours. After swallowing the indignation of his own mother not taking his call, the immediate question was a sly, “Who did you meet?”

When asked what their experience was like, being out and working in the hospitality industry, Susan thinks a long time before responding, “I was always accepted, but it wasn’t until I worked at Capital Grille that it was really embraced, that I began to be an asset. Morton’s wouldn’t do anything for Pride.”

Her daughter Lindsay, a bubbly 23 year old chimed in, “We love Pride. It’s our favorite time of year! Well, that and Halloween.” The family is already contemplating a float for next year’s parade. When asked about what her experience has been she summed it up best by saying, “Everyone loves someone who is gay. It’s just weird to be anti. We’re just… normal.” 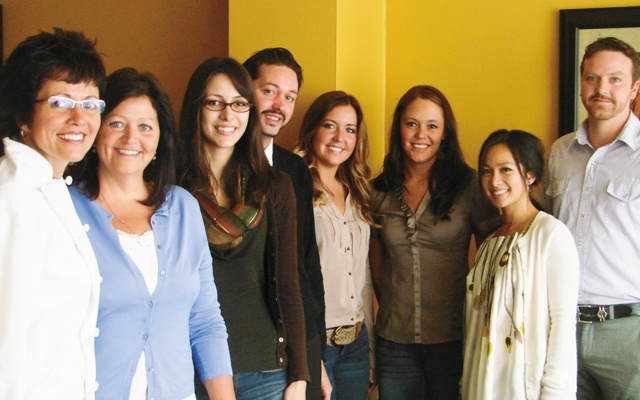 “I have friends who grew up not knowing any gay people,” adds Mark, Joan’s son. “Now I have friends, these two guys who took a cab all the way out to where they were at Pride just to get a hug.” It’s clear that the house that Joan and Susan have built is where all the kids and their friends can find solace. When I point that out, they responded that Thanksgiving usually involves all sorts of holiday orphans gathered around their table. “You want to join us?”

There was talk of having Thanksgiving at the restaurant. That certainly would make the hosting easy, not to mention the ample amount of wine that would pair beautifully with a turkey.

The room’s easy elegance works as well for a celebration as it does for a casual night in jeans. “It’s not fine dining,” explained Joan. “It’s redefined fine dining, not hoity-toity. We wanted to be approachable.”

“A real neighborhood restaurant,” added Susan. “That’s why we buy locally when we can. Our seafood comes from Coastal Seafood and our bread, the only bread we don’t make in house, is the egg and onion bread that arrives first on your table. It’s from Rosemark’s [Bakery] right up the street.” 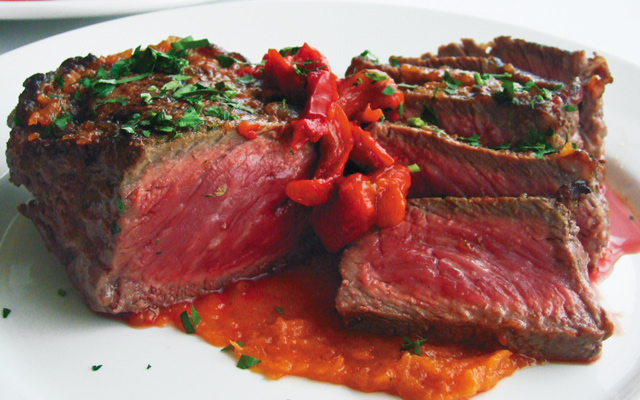 Susan is the chef while Joan works the front of house. The food is classic preparations with straightforward flavors. With all of their steakhouse experience it should come as no surprise that the filet’s are tender as the morning and beef carpaccio is simply adorned with arugula, truffle oil with a few salty wisps of Parmesan cheese. Susan explains it’s her Italian heritage that’s draws her to using the tender, sweet roasted red peppers in so many dishes that enhance the sweet onion jam served on the New York Strip and the sweet Italian sausage studded flatbread.

From Caesar salads to in-house cured lox to the tiramisu finish, the food isn’t trying to be haute cuisine, each dish is familiar with carefully chosen components and assembled with love, which could also be said for this endearing family.